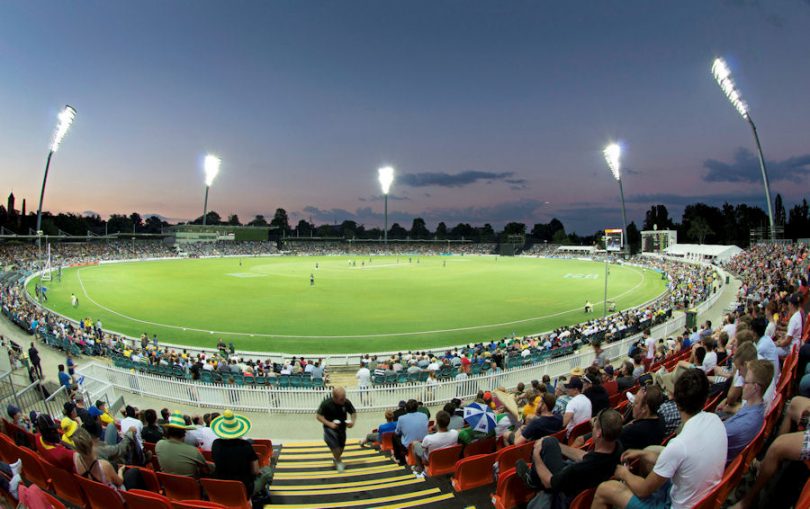 Local cricket fans are in for a stellar summer of cricket with Manuka Oval to host its maiden test match in February and the return of the Sydney Thunder for not one, but two Big Bash matches.

“This investment has paid off and we are now welcoming the biggest and best summer of cricket in Canberra’s history,” Mr Barr said.

“The Big Bash League games will not only entertain local cricket fans but will drive visitors from interstate to inject money into the ACT economy through our hospitality, retail and accommodation industry.”

As an early Christmas gift for local cricket fans, the Sydney Thunder will play a doubleheader at Manuka on December 21, with the women to play the Hobart Hurricanes and the men to face the Melbourne Stars in the Big Bash season opener.

The Thunder will then return to Canberra to play the Hobart Hurricanes just days after the maiden test match at Manuka Oval wraps up.

Tickets for Sydney Thunder BBL games is now on sale through Ticketek.