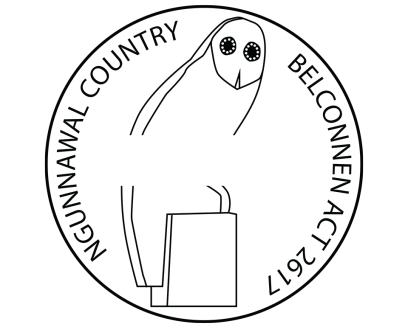 Belconnen’s iconic Owl sculpture is celebrating its 10th anniversary and the local post office is literally ‘marking’ the occasion.

From 12 May, items mailed from the Westfield Belconnen post office will receive a postmark depicting Bruce Armstrong’s eight-metre-tall bird. 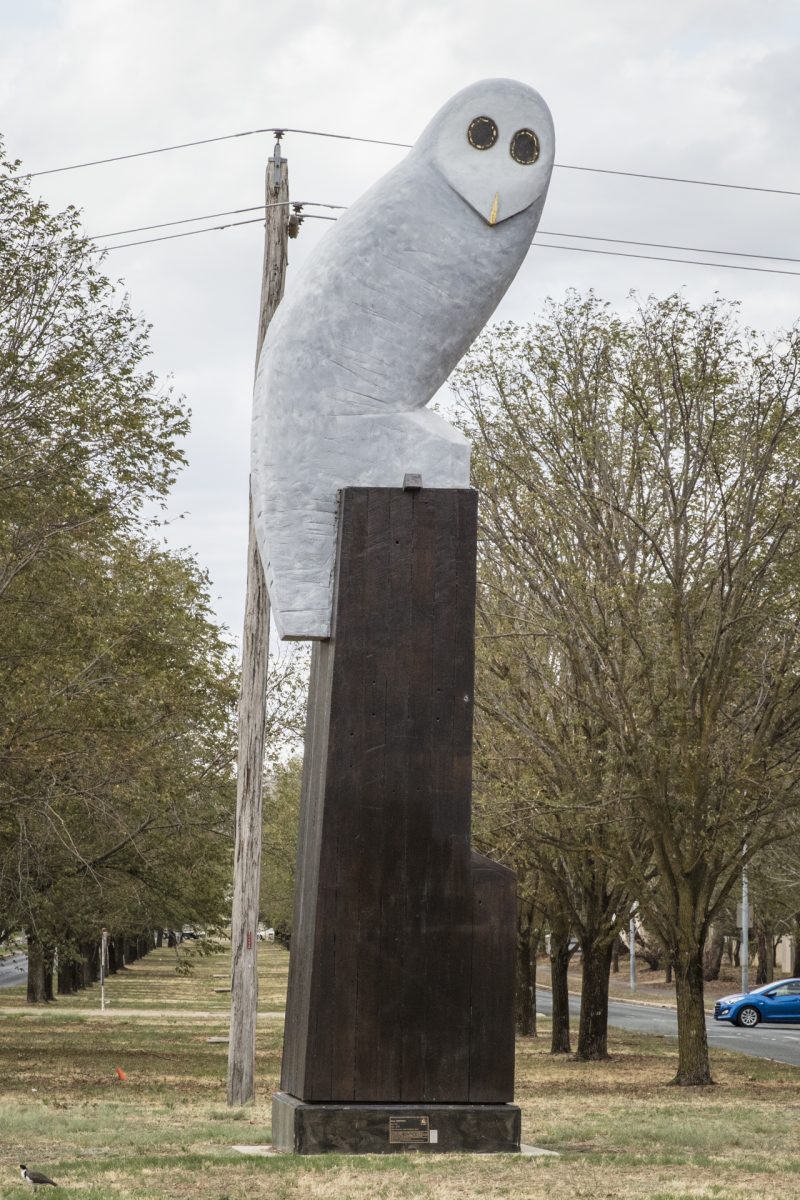 Post manager Bradley Stanhope says the idea for the Belco-centric postmark occurred to the team in January.

“Post offices around Australia can request special postmarks from the head office in Melbourne at any time,” he says.

The team also considered Lake Ginninderra and Bert Flugelman’s Tumbling Cubes, before settling on Bruce Armstrong’s Owl “because it’s more of an icon”.

“It’s the most appropriate thing for Belconnen.” 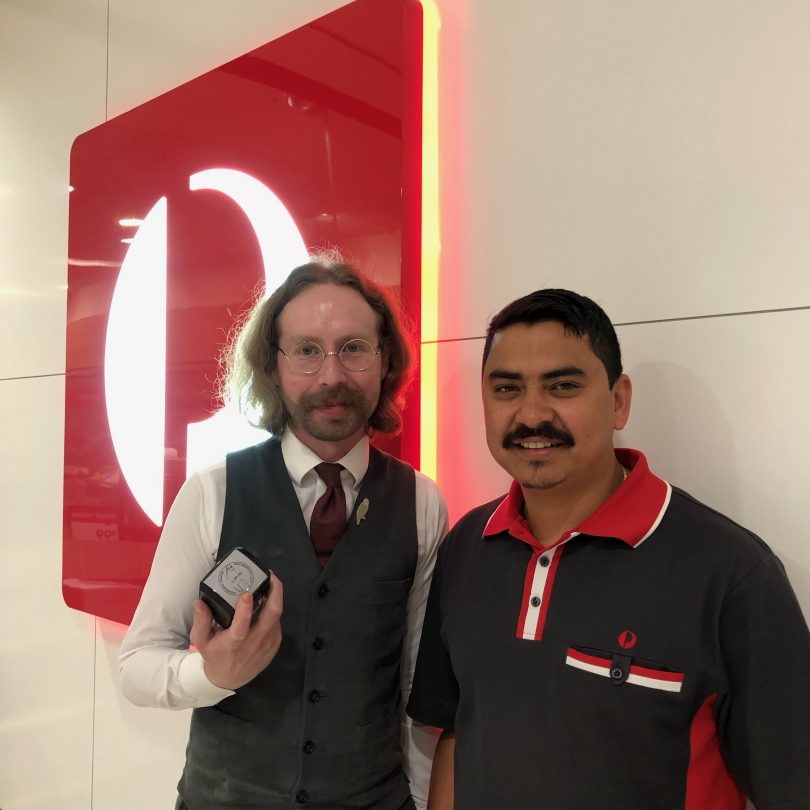 The application was approved and the task of coming up with a 2D likeness was handed over to the Melbourne design team. Bradley says they nailed it.

“We love it – the Owl translated so well to being on a stamp,” he says.

“Some of them don’t always translate well to being on a postmark, but ours fits into the circle perfectly, with ‘Ngunnawal Country’ on the left and ‘Belconnen ACT 2617’ on the right.”

Bradley says that when the news was broken on social media, the reaction from the public was “fantastic”.

“They’re all saying they’ll have to come in and get their letters marked with it. I expected people to like it, but I didn’t think a postmark with the Belconnen Owl would get quite that much attention.”

The postmark stamp is in their hands already, but Brad says they won’t start using it until 12 May. But even then, not all letters will receive the special treatment. It will be interchanged randomly with the standard postmark, while customers can also specifically request it. 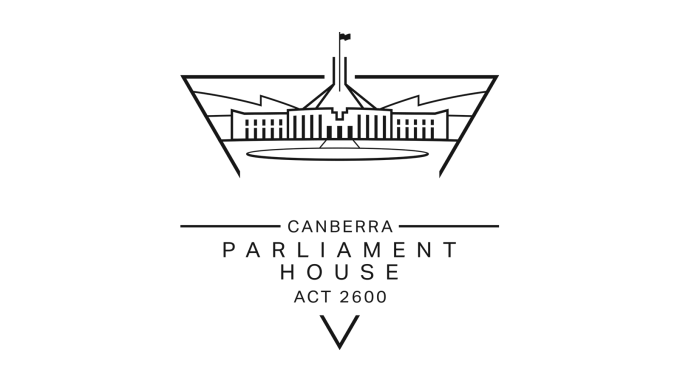 Westfield Belconnen joins two other post offices in Canberra with their own unique postmark. The office at Parliament House depicts the national building, while Kingston depicts the Kingston Foreshore.

As with these other instances, Bradley says there are people around Australia who collect these unique postmarks.

“You can post us a letter, addressed to Westfield Belconnen Post Office, including a return envelope inside. We’ll stamp this and send it back to you.”

The sculpture itself, made from a blend of cast composite, steel and hardwood and located on the corner of Belconnen and Benjamin Way, was commissioned by the ACT Government in 2011 to honour the ‘powerful owl’, Ninox strenua, the largest owl species in Australia.

It has often been ridiculed for its phallic shape, but it remains a tourist attraction along with Canberra’s other ‘big things’, including Watson’s Big Galahs, Acton’s Big Bogong Moths, and the Mint’s Big Coins in Deakin.

I’m posting all my mail from Belconnen from now on ..

Oh so it’s an owl! I thought it was a 🐔. Might be better located out in Fyshwick.

Allan Frith I thought it was boo

Reply via FacebookHide replies
Helen Grocott7:03 am 02 May 22

Deborah Lee it definitely does from the reverse side

Get ready for the official first day cover.

Why the negativity? Plenty of us like the owl and I don’t understand the constant bagging. I’m sure there’s public art these ‘gifted’ art critics like that others may thing is dreadful. Each to their own.
I recall a youngster saying she loved having an owl keeping watch over us.

Deb Stevens I think most Canberrans like the owl, and most other art works and landmarks we have.

There’s just some people with no imagination or sense of humour, and a few derps who vandalise them, like the recent vandalism of the iconic magpie.

Personally I like the gigantic needle (Telstra tower) overlooking Canberra on black mountain.

They should really find something funky to do with it, like some long zip lines through the trees or something. They could do toboggan tracks through the Forrest trees and have large adventure playgrounds in the area too.

Just need a planner with a good imagination.

That post office is about to get a lot busier! 😆

Yayyyy the owl! I love him and everyone who doesn’t love him can shut up! 🦉 #hatersgonhate

Looks nothing like an owl, dam awful Sculpture like so many others that have been place d around the ACT.

Ron Selden and the kids these days, Ron, they just got no respect

Reply via FacebookHide replies
Maria McWilliam8:23 am 01 May 22

It’s a hooded warrior with a extra eye.

Gabby Summerhays I need to send you a postcard 😂

So the post office thought it was most appropriate put the hardwood owl in a rubber, because it reached a certain birthday?
Glad that the Melbourne team nailed it

After 12 May so won’t get put on all the Mother’s Day cards… shame.

I thought it’s been longer than 10 inches, I mean years

Erected 10 years ago and still going strong, no viagra needed. Quite the accomplishment

It certainly has a nice girth.

It’s great that Belconnen is represented by a huge Cuckoo bird & never goes unnoticed.
Indecent exposure is not recognised……

Diane I expect some mail

That’s gone so fast! It feels like it was only erected yesterday!

Alana Matthews I see what you did there…..

What on earth is that thing?

Did someone pay money for two eyed willy?

Reply via FacebookHide replies
Nicole Olsson8:45 am 02 May 22

Carl Ostermann apparently we the people did, someone in the government thought that was a good idea🤣

Oh… like those bent bits of steel over near Mitchell lol

Reply via FacebookHide replies
Nicole Olsson8:10 am 05 May 22

😱that owl has been in Belconnen for as long as me. I use to live near that owl.

Seriously, how was this approved 👏🤭🤣

Natalie McNally you must be heaps fun at parties