Belconnen Skatepark is finally getting a new halfpipe 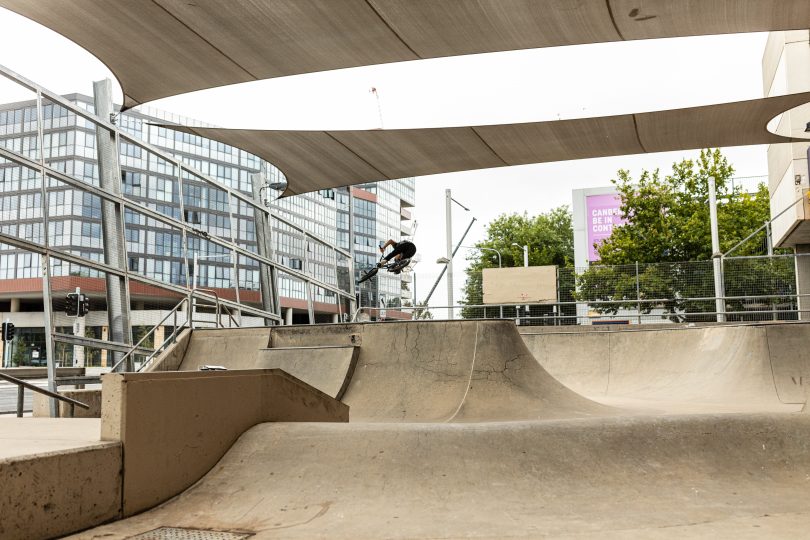 A new, competition-standard halfpipe is being built at Belconnen Skatepark. Photo: File.

Belconnen Skatepark is finally getting its long-awaited halfpipe.

The new attraction will be built to event standards, making it the only competition-ready halfpipe in Canberra.

“It’s awesome to see this happening,” he said. ”The original Belconnen skatepark had a metal vert ramp which was knocked down when the park was refurbished.

“There were plans to build a new ramp alongside the refurbished park but for whatever reason when the refurbishment was completed in 2010 it wasn’t rebuilt.”

Currently, the closest thing in Canberra to the new Belconnen halfpipe is one housed at Tuggeranong Skatepark.

According to the CSA, talented skateboarders from the Canberra region have had to travel interstate to compete, due to the lack of a competition-ready halfpipe locally.

Mr Caruana said the new ramp would open many opportunities for skaters in Canberra.

“There are lots of different competitions across Australia that run vert competition, and now that we have this halfpipe they might want to come and run something,” he said.

“We as an association have never really run a vert competition because of a lack of facilities but it’s something we’d be open to doing in the future.

“There are a lot of really talented skaters in Canberra, like Ethan Copeland and Katie Pike, who have been going to competitions. They’ll get lots of use out of it.”

The CSA has been pushing for a new halfpipe to be built in Belconnen, lobbying politicians before the most recent election.

“Vert is a unique style of skating. It’s not the most popular, but there are a lot of people in Canberra that will be more than pleased to see this new halfpipe,” Mr Caruana said.

“Lots of younger people are getting interested in vert skating recently and we have a lot of older skaters who will be quite pleased when it’s built.”

The halfpipe is expected to take six months to complete, with construction starting towards the end of this year. The project has been funded by the Australian Government’s Local Roads and Community Infrastructure Program. 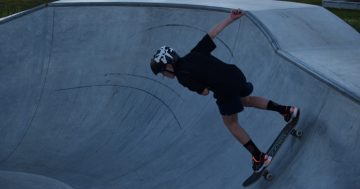