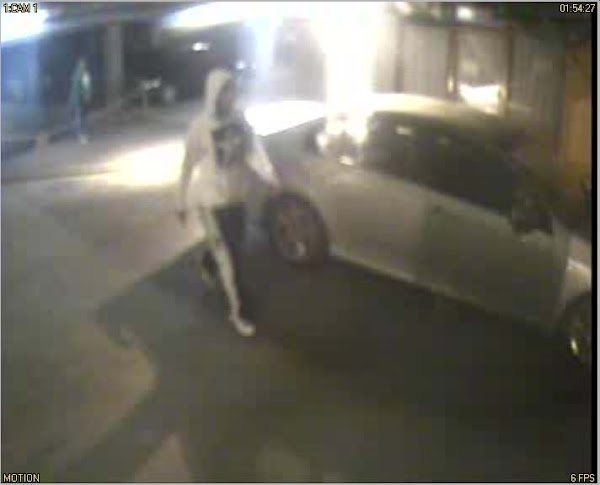 ACT Policing is seeking witnesses to an armed robbery which occurred at a motel in Hawker Wednesday April 6, 2011.

About 12:55am three men, armed with a knife and a pole, approached the night manager of the Belconnen Way Motel and Serviced Apartments on Belconnen Way, Hawker.

The males forced the night manager into an office and demanded he open the motel safe. They left the premises with a small amount of cash.

The first man is described as Caucasian, aged in his mid-thirties, tall and wearing a white hooded jumper. At the time of the robbery the man had something covering his face and was holding the pole.

The second male is described as Caucasian, in his early thirties, short and wearing beige shorts and runners. At the time of the incident the man had a multi-coloured bandana covering his face and was armed with the knife.

The third male is described as wearing a green hooded jumper, tracksuit pants with a thick vertical stripe down the side.

Police are urging anyone who witnessed the incident to contact Crime Stoppers on 1800 333 000, or via the Crime Stoppers website on www.act.crimestoppers.com.au. Information can be provided anonymously.

One of these would help, although personally I like the version attached to a gun…

You mean this? http://www.paintballsentry.com/Object%20Tracking%20Camera.htm I want one! That would deal with those pesky smokers.

The image appears worse than what I can capture with my outdated Nokia mobile.

It seems to me that Hawker has become a hotbed of criminal activity in the last few years, with unsavoury types making up the majority of the local population. Just do a lap of the suburb some time and make note of the number of white Holden Commodores in driveways – undisputable proof of how this once lovely suburb has gone to hell. Perhaps the solution is to erect a 3 metre razor-wire fence around the entire perimeter of the suburb and just let those trapped inside sort it out themselves. Either that or just nuke it from orbit.

One of these would help, although personally I like the version attached to a gun…

Cameras don’t physically stop anyone from doing anything. They are a deterrent for some people, but that’s about it. People have way too much faith in surveillence cameras.

cameras are really just a deterrent. As far as I have heard, the video isn’t usually even admissible as evidence. Although, in some cases, it might be possible to use them to help establish identities, further evidence is required to connect “persons of interest” to a crime.

Did they circulate the images in the club above? Maybe someone lost out on the pokies, and couldn’t face the music at home…

I was thinking the same with the CCTV image from the glebe park robbery a couple of weeks back. I realise that cost is prohibitive. But seriously, what is the point of a security camera system all you can get from it is what colour clothing the offender was wearing. It is the HD era people!

Jacqui Donegan - 13 hours ago
Cooleman Court could (again) be a wonderful local precinct ... but it’s a mess - no parking, scrappy streetscaping, and a s... View
Angela Davey - 16 hours ago
Why not open shops in Coombs. Wright Denman Prospect before building more car parks. View
News 9

@The_RiotACT @The_RiotACT
After a summer we’d probably rather forget, it’s time to turn the clocks back one hour as daylight saving ends https://t.co/JE6xNqRFsZ (4 hours ago)