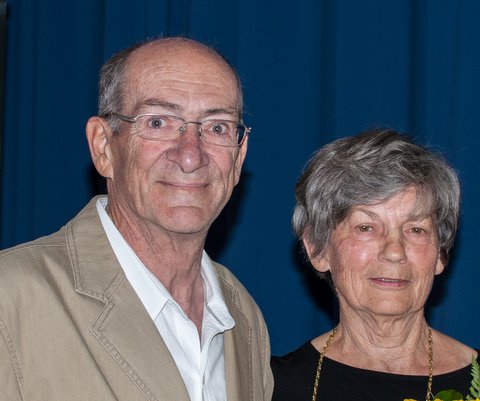 A mother who lost her son to a heroin overdose in the early-1990s has praised the Territory government for its “nation-leading” step forwards in decriminalising small amounts of illicit drugs.

But after more than a quarter of a century advocating for change, she’s warned this is but a small step forward.

That’s a message echoed by those working in the mental health space.

Marion McConnell, a founding member of the Families and Friends for Drug Law Reform advocacy group, described yesterday’s news as a “historic moment”.

“Prohibition has not worked. It’s caused so much harm and tragedy and we must make a change – even police must see that,” she said.

“People think drug laws are there for health reasons. But all they have done is create a multi-billion-dollar criminal trade and our young people are the ones who have been sacrificed.”

Ms McConnell is calling for greater education for young people and law enforcement, and better resourcing for health services.

“He wasn’t a stereotype. He had a full-time job and did well at school. He’d had a book published,” Ms McConnell said.

Her son first overdosed two weeks before his death. At the time, he and the family were “hassled” by law enforcement to give up his dealer, and his mother said he did not receive the health support required.

“Police went to the hospital with him and into his room. He was frightened and discharged himself and went away alone, overdosed and died.”

Ms McConnell has never blamed law enforcement. She said they were just doing their jobs.

But she’s hoping law enforcement will come along on the journey.

ACT Policing continues to hold concerns about the likelihood of these laws leading to increased drug-driving incidents and increased trafficking. 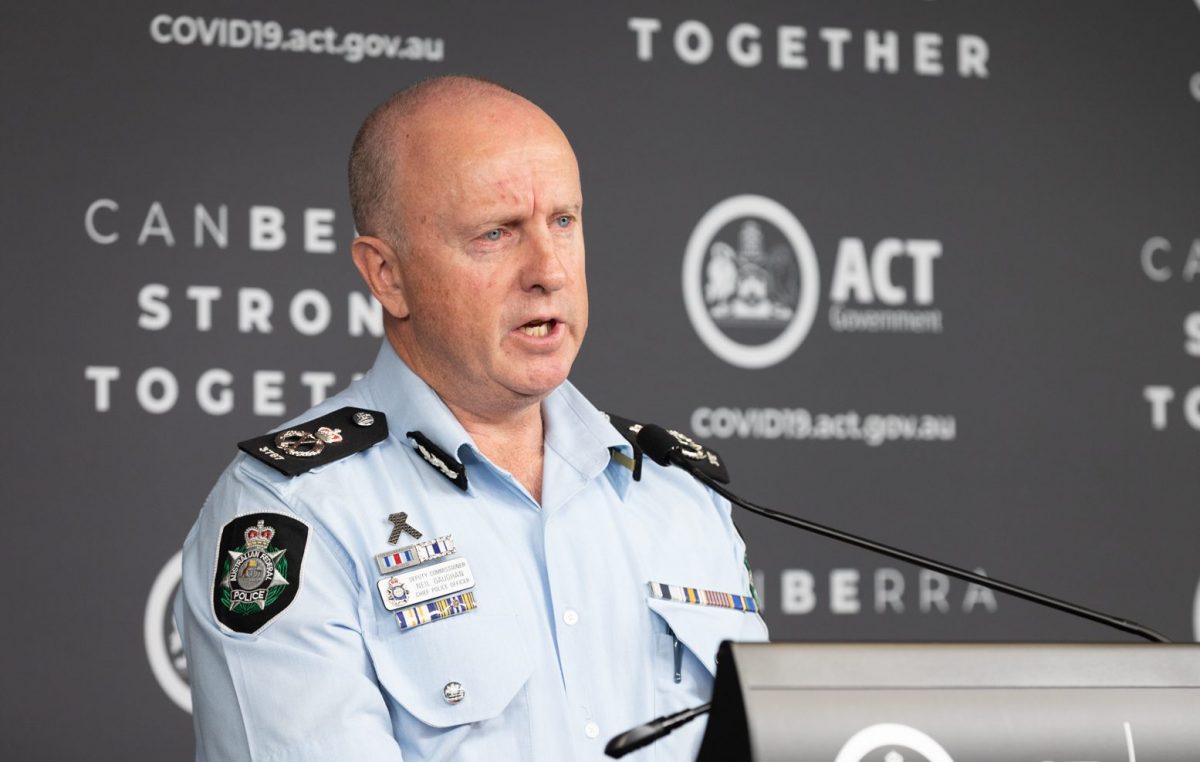 Above all, he worried about support systems.

“If we don’t have the support services in place, this is not going to work. We’re advocating for support to be available when we come in contact with them.

“If it’s 2 am, there needs to be somewhere we can send these people because at 8 am they’re not going to want that support. They just want another hit of meth so it needs to be a 24/7 response capability.”

On this, Ms McConnell and CPO Gaughan are on the same page.

It’s also backed up by those in the mental health space.

“Having a situation where people are punished for drugs is counter-productive to them receiving treatment for drug dependency issues and mental health,” she said.

“Both of those are stigmatised and when they occur together, people become isolated and there are flow-on impacts to other areas of their life.”

Ms Dobson said more funding for the sector is needed.

“We need to make sure different parts of the system are talking to one another, especially when helping people with co-occurring issues,” she said.

“It’s not just a health or clinical issue; it’s about providing wraparound support for people.”

She said this had been boosted in the recent budget with a further $13 million for harm minimisation, including boosting residential rehabilitation services, delivering more targeted treatments for methamphetamine addiction and establishing a new support service for families and carers of people who use drugs.

When the new laws are enacted in 12 months, anyone caught with drugs under the legal limits will not receive any criminal sanction.; instead, they will either be issued a caution, a $100 fine or be diverted to a treatment program.

Ms Stephen-Smith said yesterday that the next year would be spent implementing oversight arrangements, delivering training for frontline workers, including police, and developing public and targeted communications with ACT Policing, the alcohol and drug sector, academic experts and people with lived experience.

More absurdity for Canberra. Certain drugs (like heroin, ice, meth etc.) are banned and illegal because they do harm. Allowing people to have their ‘own supply’ of illegal drugs is a terrible thing. Codeine was recently banned from sale at pharmacies (can now only get it through a Dr script) and yet it helped many people who suffer from genuine medical conditions. The government put barriers on disabled and sick people obtaining codeine for genuine medical reasons, but allows junkies (people with non-genuine medical reasons) to get themselves high on heroin, meth, and ice. Just stupid.

If we accept that drug use is a health issue and not a criminal issue, the objective has to be to break the drug use habit. Cautions or a $100 fines are weak responses and unlikely to achieve any meaningful health outcomes, in my opinion.

‘KEEP CANBERRA SAFE & STRONG’ is the message seen on buses everyday what a load of tripe yes it is real safe when a recidivist violent offender is allowed to remain in public housing after stabbing multiple people over several years, the victims are told to like it or lump it or else be homeless. No human rights for the perceived insentient victims unlike a public servant who like the offenders are superior in legal terms. No such thing as EQUALITY BEFORE THE LAW on this toxic beauracratic island of hell. In all the posts by Christine Stevens I’ve read not once has she shown any regard for the wider community or victims specifically if she understood criminal psychology she may well have a well informed opinion instead of allowing herself to be brainwashed by the socialist system of which she is obviously part of.

Its a bloody disaster for Canberra. Puerile government. Time to get out of Canberra.

It’s so good to see that some bereaved families choose to work towards harm reduction and stronger, healthier, safer communities. Unfortunately, some Canberrans just can’t find it in themselves to do the same. Including some bereaved individuals and families. Whether overwhelmed by anger, grief, or both, they instead demand more punishment, more pain, and more suffering.

How we’ve missed you Christine. Are you back from Texas? Are you implying anyone who doesn’t agree with you is working against community safety. Pathetic, as always.

Drug law reform Tom McLuckie is complicated. It has been an ongoing and protracted debate for the ACT government but is one we have to have. The stigmatisation of those suffering drug addiction and the flow on effects to society is too great. I have followed closely media, assembly and committee hearings over the years. The trauma of drug addiction to families and society is devastating. The government needs to do more for drug addiction by investing more in support and mental health services. As a high-profile spokesperson advocating for change Mr McLuckie you hold an important role in working with the government and advocating for change. Your input has been hostile to those who disagree and your comments leave me perplexed.

Time to move out of Canberra.

Before replying, define “drugs”, to distinguish them from “not drugs”, so we know to what your supposed remedy is applicable and to what effect.

One could of course replace “Drugs” with “Slogans” in Stan Dukic’s sloganeering, to much the same effect but that might be a little subtle for Mr Dukic.

Labor and the Greens are so weak. These new laws don’t go far enough. Why doesn’t the ACT have safe injecting rooms where drug addicts can get advice and treatment like NSW and VIC jurisdictions? Why did the ACT Labor and Greens kurtow to the buĺlying of the union over safe injecting rooms in our prison? We have Michael Pettersson, the bored Labor backbencher trying to remain relevant by bringing on this half hearted motion that will take more than a year to implement. Addicts are part of society. They are left out of and ostracised by society to fend for themselves

“Why did the ACT Labor and Greens kurtow to the buĺlying of the union over safe injecting rooms in our prison?”

Because of meddling by the government, public servants and advocates, staff at the AMC are struggling to control the place without an injecting room. Can you imagine how dangerous it would be for staff and prisoners if there was an injecting room? This is one decision I agree wasn’t implemented.

I meant kowtow Gary Stuart. And you are wrong!!

No worries Jack – I never mentioned “kowtow”. Even I occasionally mash the keyboard every now and then.

However, I am not wrong about the way the AMC has been, and is currently, run.

Hopefully this will free up gaol space for vehicle offenders who have a higher kill rate.

How much are they increasing the police budget to cover training etc?

Where this has been tried and failed overseas there has been an increase in fatal overdoses.

Expenditure on training for police and for support groups is an important component of successful implementation. They have a year to implement so we will see whether the government invests as it suggests it will..

“Drugs, gangs and violence.”
Whatever are you trying to say in that non-sentence, rather than trying to trigger some people via symbols?

Gangs and violence have been somewhat common forever, nor are drugs unknown since the dawn of human history. Have you noticed the direction of travel for each of judicial and support behaviours, investment, in concert with reduction of each of these actual or potential harms? When was the last time we eviscerated somebody in Garema Place to teach others a lesson? How did it go?

Feel free to offer studies for critique. For example, try this one:
“Manichean creeds have long dominated the ideology behind drug policy.”
https://substanceabusepolicy.biomedcentral.com/articles/10.1186/s13011-021-00394-7

Here are a few more:
“…extant research [concentrated in the USA] is narrowly focussed, with a particular emphasis on the prevalence of use”
https://bmjopen.bmj.com/content/10/9/e035148

Read point 3 here for yourself.
https://ndarc.med.unsw.edu.au/resource/decriminalisation-drug-use-and-possession-australia-briefing-note

And here for your existential relief is a characteristically right-wing site for you, the Cato Institute from America:
“The data show that, judged by virtually every metric, the Portuguese decriminalization frame-work has been a resounding success.”
https://www.tni.org/files/publication-downloads/greenwald_whitepaper.pdf 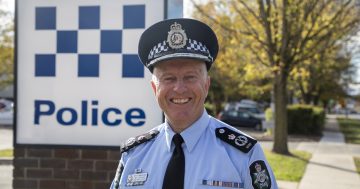 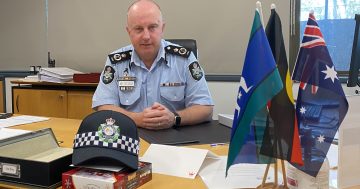 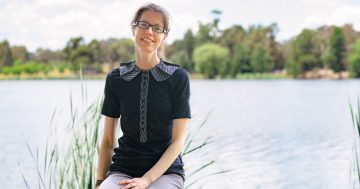 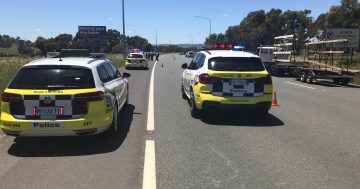