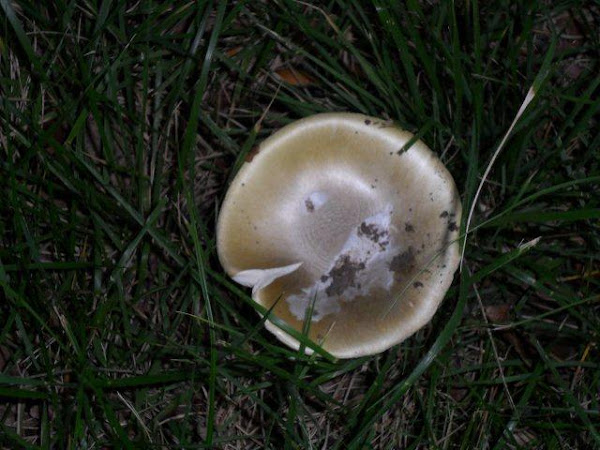 Territory and Municipal Services are putting the word out about the dreaded death cap mushroom returning to our fields and fens.

“Following the Coroner’s reports into the deaths of two Canberrans who ingested death cap mushrooms last year, the ACT Government has improved death cap mushroom signage to include a warning in Chinese, as well as the international symbol for poison,” said Fleur Flanery, Director, City Services.

“The ACT Government has replaced warning signs at a number of identified death cap mushroom sites in the inner north and inner south of Canberra. New signs have also been placed at recently identified sites in the suburbs of Braddon and Turner.

“Death cap mushrooms are sometimes confused with straw mushrooms which are grown and eaten throughout large parts of Asia. While both species have a cup like volva at the base of the stem, the deadly death cap mushroom can be distinguished by its white gills.

“To be safe, people should avoid wild mushrooms, especially those with white gills. 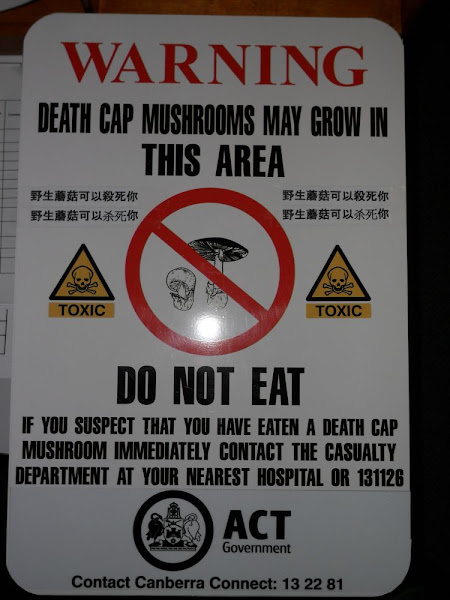 It translates to ‘Wild mushrooms can kill you’

The problem is that new ones could grow in their place…

You guys referring to Chinese people?

The problem is that new ones could grow in their place…

If this is typical ACT Government it probably says something like “delicious with fish” in the Chinese writing.

If this is typical ACT Government it probably says something like “delicious with fish” in the Chinese writing.

I hope those orphaned kids are doing OK.

I can’t be 100% sure, but it seems the Chinese writing has a lot more more sterner warning than the English…