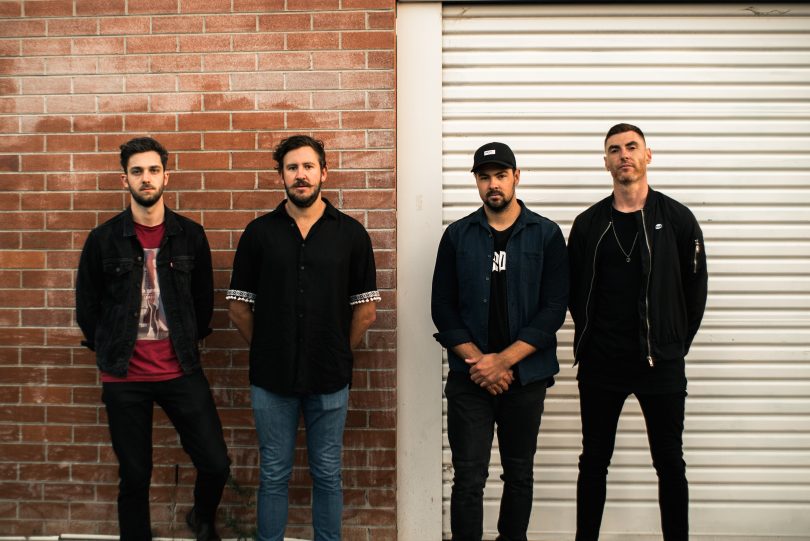 As something of a cricket tragic, Jack Biilmann is a numbers man. With his new band, he is also sure their upcoming tour will exceed his personal crowd attendance record in Canberra of 260 people.

The tour is with the band that Jack built, aptly named Biilmann, and Saturday night’s show on their Sink Like A Stone tour in Melbourne will be the first of many to come. Canberra will get its turn to see the band at The Basement on 28 March, before heading to Wollongong on 18 April and Sydney on 2 May.

The tour will also raise the funds they need to make a full record, with most of the tracks already written.

It’s easy to see why Jack Biilmann is happy, nervous and excited all at the same time. If that’s not enough, he’s also relieved, proud and raring to go.

The reason has been more than 18 months in the making when Biilmann takes his brother and some good mates on tour.

“There’s just no feeling like fronting a rock band that is clicking,” Jack tells Region Media ahead of the tour.

“Also, being surrounded by my brother and good friends who happen to be unbelievable musicians makes it even more satisfying,” he says.

The tour is also the first time Jack has toured in a band after a career as an accomplished solo performer, having released two albums that have received widespread airplay.

After spending the last 12 months working with sought-after local producers Matt Barnes, Damian Blankley and Kay Ansah, Biilmann finished recording the Sink Like A Stone EP which is being released in March. 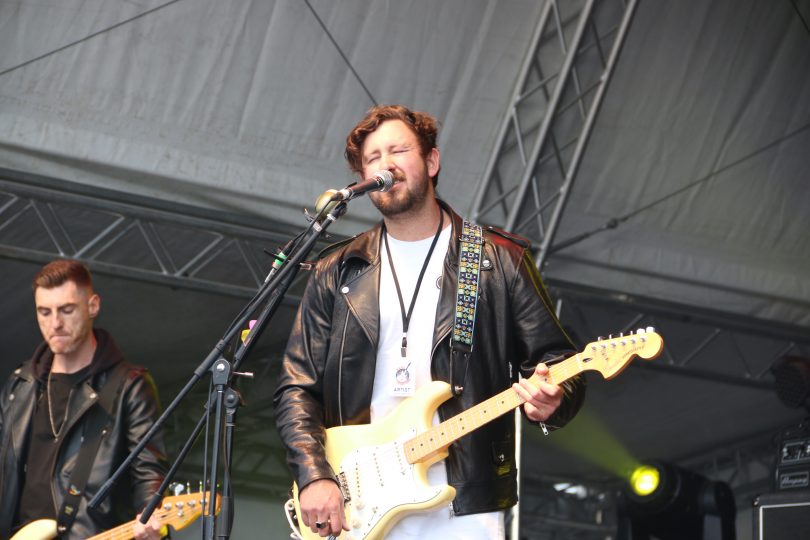 Jack Biilmann is looking forward to taking the band on its Sink Like a Stone tour. Photo: Supplied.

Jack says he has been more than happy to share the spotlight with his musical mates who bring strong riffs, power, attitude and calculated musicianship to the band. But he has been cautious not to pull the trigger until it was all ready to go.

“We have really established what we want to do as a band, the direction we want to go and what we want people to take away from our music and shows. We want to play high energy rock that showcases our songwriting prowess, musicianship and fun and exciting stage presence,” Jack says.

“Being a headline band is about producing high-quality music and putting on memorable shows. With the use of three other highly experienced and knowledgeable band members and the long haul behind-the-scenes rehearsing and plotting, we are more than ready to create some waves.”

Jack is also a big supporter of the local music scene and has garnered the support of home-grown support bands for each show of the tour. The Canberra show is being supported by Northbourne Flats, Sign and Symbols and The Barren Spinsters, as well as three local female vocalists and Canberra’s most celebrated hip hop export, Citizen Kay.

“The scene here in Canberra is constantly producing high-quality acts which we all feel is grossly overlooked by the music industry,” Jack says.

He said it all comes back to four mates making music, even if his best ideas for a song often come at 1:00 am.

“Todd [bass] is great for song structure and I lean on him for compiling ideas and keeping a direction going. Joe [drums] literally throws so many beat options at the group, it’s hard to pick the best one which is such an asset. Pat [guitar] is great for the theory side of music during the writing and is a completely different player to me which creates great variety for our sound and lets me either focus on lead or rhythm work in addition to singing,” Jack says of his band brothers.

“We are all so excited to get out on the road and see our mates. Touring for me in any format of music is extremely enjoyable as you are bringing the music to people who support you and those relationships are so fulfilling.”

Those relationships will continue to grow, with bassist Todd Gregory expecting his first child and Jack’s brother and drummer Joe Biilmann getting married in September.

“These are huge moments for the lads and we can’t wait to celebrate them,” Jack says. “We will still be playing as many shows, festivals as we can for the remainder of the year and are aiming to return to the studio to track another record off the back of Sink Like A Stone.

“We would absolutely love to invite every Canberran to the capital’s home of rock-n-roll at The Basement on March 28 to see the show and celebrate the release in style.”

You can follow Biilmann via Facebook or Instagram (@Biilmann_Band), or listen to their first single Bad Man Good Intentions. There’s even a short YouTube video of what the band has been up to so far.

Love his music, get on it – Spotify

Jodi Mihalyka good on your boy 😚😚