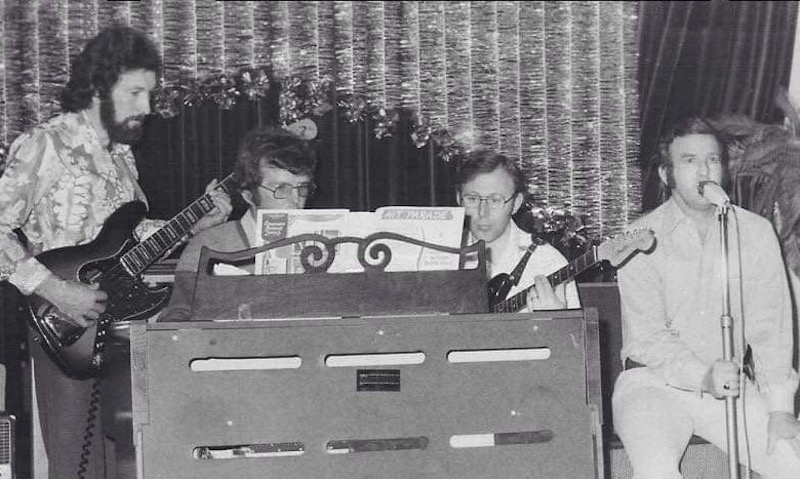 The Saturday morning sausage sizzle has fizzled in locked-down Melbourne. Shopping at a hardware store wearing a mask is sterile and coldly efficient. Under the click-and-collect model, you drive into a car park and goods bought online are put into your boot.

My mind races back to Goulburn, to the dusty timber yards and paint shops that popped up like mushrooms and disappeared just as quickly. I miss those characters behind the counter who injected more warmth into a transaction than any sauce-soaked sausage sandwich.

Regular readers will recall my recent column about leaving Goulburn in 2018 with my wife, Franki, only to be confined by a strict stage-4 lockdown during the COVID-19 outbreak in Melbourne. Whenever I think of hardware in Goulburn, I see Bill Griffin in Donahue’s, with the noisy paint-mixer shaking four-litre tins and customers surrounding the chatty paint guru.

“Well, hello, Shirley Temple,” he would say on a Saturday morning, greeting my daughter, Rebecca, a toddler with blonde curly hair. We’ve never forgotten him. Older readers will remember Bill on the end of a microphone belting out rock’n’roll songs with The Ramblers alongside Des Goddard, Robbie Liddle, Barrie Simms, Tony Clout and Terry Bowden. They practised at Bill’s parents Alvie and Grace’s home in Cowper Street. The family had a grand piano.

As a taxi driver, fireman shovelling coal on steam trains, retailer with wife Marcia at their lighting shop, Chrystalee, and for most of his working life a hardware staffer at Knowlman’s, Godfrey’s, Donahue’s, Paul’s and Mitre 10, Bill became the go-to man for generations of hardware customers.

For many years, the Griffin family’s Sunday roasts were shared with the Emery family. From his boyhood, Bill knew Marcia Emery from when she was a five-year-old. When she completed school, she left Goulburn for several years to work in Wollongong.

She returned to Goulburn one Lilac Time long-weekend and saw Bill and The Ramblers in the Lilac Time Hall. 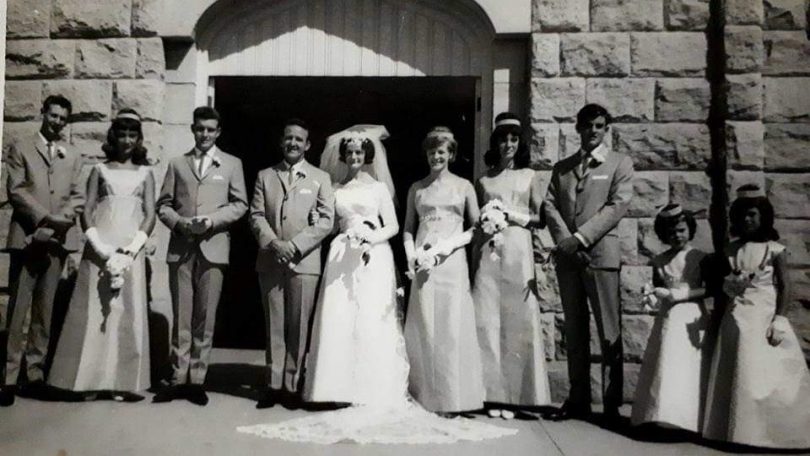 Bill and Marcia on their wedding day with bridal party. Photo: Supplied.

Their friendship from childhood turned into a romance.

“Bill asked Max Thoroughgood at Geissler Motors for a job for me and he said yes,” says Marcia. “Eric Brown was service manager; he was always in overalls.”

Bill and Marcia married the following year and they are now in their 60th year together.

Bill says Marcia’s mother, Maude, was wonderful. She ran boarding houses near Radio 2GN and at ‘Brackley’, the old home the council flattened to make way for the Goulburn Civic Centre. Marcia says her father, Selby, who worked at Roger’s, cooked breakfast for the boarding home’s boys.

Bill recalls leaving Knowlman’s and working for Godfrey’s hardware. “Peter Godfrey called me in one day and sacked me,” he says. “I got the shock of my life. The reason was I couldn’t get on with another bloke at work. And I couldn’t, he didn’t know his job.”

These days Bill still enjoys camaraderie from his days in hardware.

“When Marcia goes down to the mall, I sit outside and my old customers come over for a yarn,” he says.

Bill’s sister, Pauline, says he was the older customers’ favourite.

“If they bought anything a little heavy, he would say, ‘Leave it here, I’ll bring it around later,” and he would deliver it after work,” she says.

Gassed - 54 minutes ago
This is the result of the cowboy section of the construction industry opening up. View
News 43

chewy14 - 1 hour ago
Astro, That's a gross misrepresentation. "Current R4 doesn’t have this." How exactly will those redirects benefit? The ligh... View
Business 25

Brydie Kelly - 1 hour ago
Jackie Fuller I've been to many a birthday party and had my 30th there. It was always a warm and welcoming environment. View
Alicia Conley - 3 hours ago
If they try put a maccas or KFC there I'll be protesting View
Jackie Fuller - 4 hours ago
Been living in Chisholm for 11 years..... as a young family we would never step foot in the tavern, never felt safe to do so!... View
Business 5

whatwik - 1 hour ago
Here's road map clarity for us - "...and as we get closer, we will know when that time is and what that'll be for certain eve... View
Grace Hayes - 2 hours ago
Yeh and some small/medium business DONT qualify for grants... I’d like to see how many of these business that won’t be op... View
Opinion 35

Kathleen Beck - 3 hours ago
Jesus also says in Matthew do not add or take from the law until certain things are accomplished, Paul's covenant is adding.... View
phydeaux - 5 hours ago
" “I don’t know how serious your relationship is, but …”. This jab is definitely targeted..." Continuing harassment i... View
Ezekiel Chalmers - 5 hours ago
You know, maybe the Protestants have that one right; if the scripture isn't accurate enough that you should follow it, maybe... View
News 2

buzz819 - 10 hours ago
I still don't get why? The exposure sites are all over Canberra. Just because you want to know something, doesn't mean it is... View
show more show less
*Results are based on activity within last 7 days

UPDATED 3:00 pm: Year 12 students have been given the green light to return to school at the start of Term...
Opinion 51

Did anybody seriously believe that the ACT lockdown would not be extended this week, with cases oscillating between the mid-teens...
Sport 46

This week, Lauren Jackson received yet another accolade in recognition of her incredible basketball career. No, it wasn’t in Canberra...
Opinion 43

There’s plenty to be frustrated about during the COVID-19 lockdown in Canberra. A scan of social media tells you as...
News 43