World-renowned Wildlife Warrior Bindi Irwin is set to bring her bubbly personality to Floriade for the first time this October as part of Family Fun week. 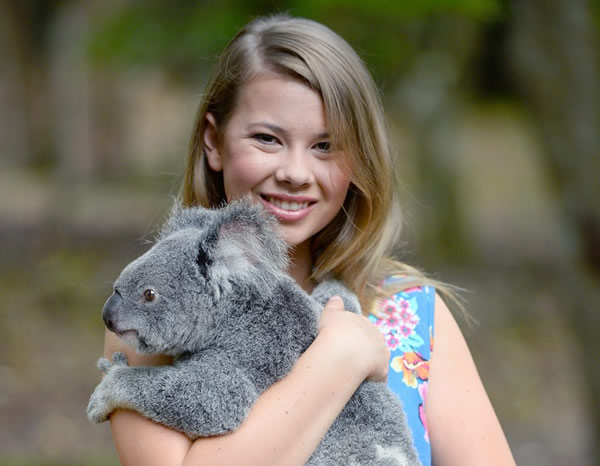 Bindi’s infinite enthusiasm and dedication to the animal world is infectious, with the young conservationist inheriting her parents’, Steve and Terri Irwin’s, world-famous passion for wildlife.

Bindi’s attendance at Floriade is part of Family Fun week, one of four themed weeks that will ensure there is always something new to see and do throughout the 30-day event.

“I’m so excited to be a part of Family Fun week at Floriade with all my fellow Wildlife Warriors,” said Bindi.

“Through our work at Australia Zoo, we teach guests that wildlife relies on their natural environment for food, shelter and wellbeing, and the importance of preserving these natural habitats for future generations. Having a passion for nature is the first step in making a difference, and that is why I am looking forward to meeting so many likeminded individuals at Floriade and sharing my message further.

“To be asked to speak in Floriade’s Inspiration Hub is an honour, and I’m looking forward to being a part of all the incredible activities and displays that Australia’s Biggest Celebration of Spring is famous for.”

Family Fun week runs from 29 September to 5 October – encompassing ACT, NSW and Victorian school holidays – during which the festival will feature a suite of activities curated especially for children.

Bindi is no stranger to the world stage, making her first on-screen appearance at the age of three.

She has appeared on a number of American chat-shows including the Ellen DeGeneres Show and Oprah and has even starred in feature-length films such as Return to Nim’s Island.

The young star has also received numerous international awards including a Nickelodeon Kids Choice Award and an Emmy for her TV show Bindi: The Jungle Girl.

Bindi will be joined in Canberra by her mother, Terri, and younger brother Robert, who is following in his big sister’s footsteps to become an active Wildlife Warrior.

The 27th Floriade will be held in Canberra’s Commonwealth Park from Saturday 13 September to Sunday 12 October 2014.

Sue McIntosh - 10 hours ago
Angela Moore thank you for this beautiful poem. View
Angela Moore - 11 hours ago
"The Poplars" The Poplars are fell'd, farewell to the shade And the whispering sound of the cool colonnade. The winds play no... View
Sue McIntosh - 15 hours ago
Ho hum, what else is new? More trees given the chop. If council is so worried about the trees falling, then they should be re... View
News 9