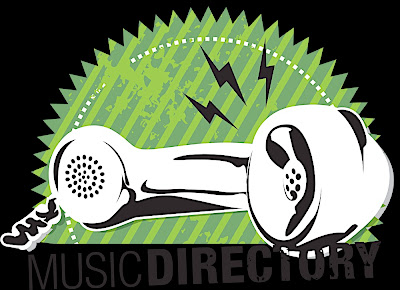 One manifestation is their newish Exhibitionist section. Another is a very useful “Music Directory” on the navigation bar.

They’re looking for more entries for that (at a price):

We have just fired up our online Band/DJ Directory, which you can check out by going to www.bmamag.com and heading to the Music Directory section.

If you want to be involved, you can either run a rudimentary pic and contact for free, or subscribe ($80 for six months/$150 for a year) which will give you a page with bio, photo gallery, embedded YouTube vid and print profile (click on Escape Syndrome’s profile to see an example of this).

If this is of interest, pick which genres you’d like to be listed under.

So there you go. Nice to see someone making money from local music!

Musos who want to opt in need to email allan@bmamag.com.

Get involved. Jim, get involved. Like it says in the OP – a rudimentary pic and contact is free!

Nambucca, I agree with you about all the good that BMA has done (and continues to do) for the local scene/s.

That said, I think their pitch for additions to the music directory might have been (unintentionally) misleading and/or an attempt to drum up some cash to support their operations.

I’m in a number of bands who used to be listed in the old band contact section of the BMA. So when the new directory was established, I received communications via email and phone from BMA reps about being included. At all times, my understanding was that I’d be included in the directory only if I paid money for the privilege.

As much as I dig the BMA, I thought it was a bit silly – anyone who wants to contact a band can do so via MySpace, Facebook, venue owners, etc. (lets face it, Canberra is really small and it’s not hard to track people down). It’s not that I’m unwilling to support the BMA – I’ve paid buckets of cash for ads on numerous occasions, and will continue to do so. But this struck me as a fairly poor way of representing musos (most of whom are completely useless with cash: What’s the difference between a musician and a large pizza? A large pizza can feed a family.)

If I’m wrong, and inclusion is free, then I’ll certainly get involved. But I’m wondering why this wasn’t made clear from the start, or whether it’s changed because of the startling lack of people joining the pay registry.

First of all a disclaimer – I am an extremely irregulat contributor to BMA Magazine.

BMA has been reporting on local culture for fifteen years or so – you may see ‘global artists’ on the cover, but inside, every issue, are local event listings, a ‘locality’ column where ANYONE can spruik their happenings, and an all ages column which also tends to cover local events.

Even in the post you admit that you don’t have to pay to be in the directory (but why should the ads be free anyway?), and again, in every issue of the magazine there’s a comprehensive list of contact numbers so that any fool with a phone and access to the interweb can get in touch with purveyors of ‘local culture’ for free.

BMA puts on shows two or three times a year – they try and bring in international or interstate acts to headline – but always with two or three local acts as support.

If this isn’t enough then what more should they be doing, bearing in mind they are a free sheet and, however much you’d like to think to the contrary, members of the Canberra Musicians Club on the cover isn’t going to result in the generation of much advertising revenue?

Nick Swain - 33 minutes ago
Another 'discovery' is that Canberra is not a new area but has many layers of history from the original First People inhabita... View
Property 2

realist - 36 minutes ago
Isn't it funny that Ben Ponton has taken so long to speak up. Can the government impliment changes before the Developers comp... View
News 4

Capital Retro - 48 minutes ago
It's a big ask to give personal movement information to any government, especially a Labor one. View
keek - 2 hours ago
That's a pretty weak attempt to justify a 1984esque requirement to check in every place you go. I certainly won't be particip... View
News 2

Acton - 2 hours ago
I agree with our need for easy access to voluntary euthanasia as decided by the individual and not vetoed by anti-choice reli... View
Property 19

chewy14 - 3 hours ago
JS9, I disagree because preferences and wants are not met with housing almost always. I'd prefer to live in a mansion but I c... View
JS9 - 4 hours ago
I don't think its a reasonable assumption to think that a perfectly competitive market exists Chewy in the Canberra housing m... View
chewy14 - 7 hours ago
I really don't get how you say it's only about profit as if it's a bad thing. These units only get sold and profit made if th... View
News 27

Andrea Kerr - 6 hours ago
Kim KD Winks the developer has paid $400,000 in settlement to the government after many months of negotiations that’s a lit... View
Motoring 3

mf64 - 6 hours ago
Plus Canberra has the worst most self entitled drivers around. Having driven all over the country and around the world by far... View
Property 8

JS9 - 14 hours ago
They haven't been installed yet I don't think Graham given it was only just funded in the Budget released a couple of weeks a... View
Graham Byrne - 15 hours ago
I was wondering what all those cameras were about. They are everywhere. But I’d rather see more red light cameras. View
News 7

Mike of Canberra - 16 hours ago
Over many years, the only consistency I've seen from the green-left is their apparent dislike of ordinary working people actu... View
News 6

steve2020 - 17 hours ago
The disrespect towards women had been encountered in many workplaces that I had worked in, in Canberra. The irony is that bec... View
Business 1

Nick Swain - 18 hours ago
Even in the hardest lock down time Green Square was the place to hang out - there was a strong sense of community. Many of us... View
show more show less
*Results are based on activity within last 7 days

@The_RiotACT @The_RiotACT
Helicopter rides, a reptile kingdom, rides, packed pavilions and even pig races will be among the activities to enjoy at the Goulburn Show this weekend https://t.co/OqAqV0Htd4 (18 minutes ago)

@The_RiotACT @The_RiotACT
Speedway in Canberra has had many stalled starts, but organisers hope they can overcome the sound barrier to become a permanent sporting fixture https://t.co/9WLdPjwomd (1 hour ago)

@The_RiotACT @The_RiotACT
In our new series celebrating the stalwarts of the Canberra hospitality industry, we drop in to Madam Lu for a taste of Malaysia and meet Ming Kong – a familiar face to many food lovers https://t.co/LFFMT38uGa (2 hours ago)