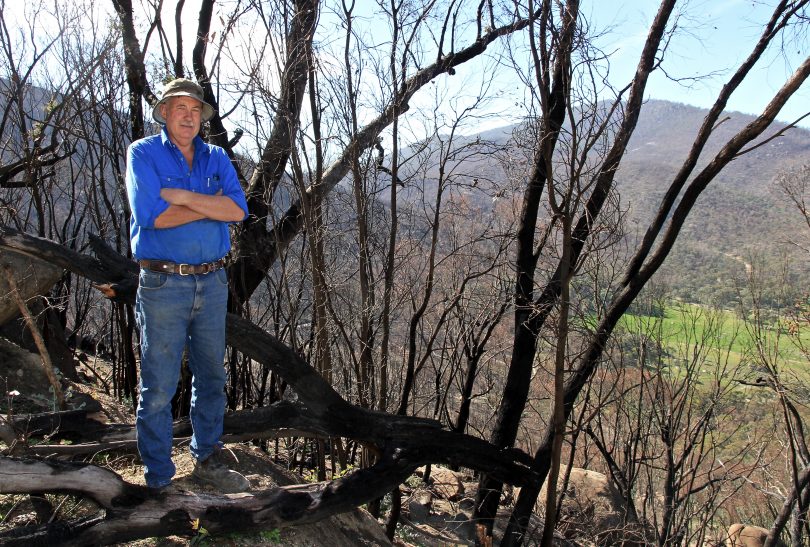 As the rebuilding process begins following the past summer’s bushfires, the line between properties on the border of Namadgi National Park remains unclear after fences were destroyed in the Orroral Valley fire.

While the ACT Emergency Services Agency (ESA) lauded that no homes were lost in the fire, rural landowners have had to bear the expense of maintaining their properties that were burnt, which has cost them time and money to keep their stock separated and out of the national park.

Since rural landowners take full ownership of fences that form Namadgi’s boundary, there is the issue of who will fix them. The fences are essential for securing livestock, managing biosecurity risks, minimising environmental damage and protecting against pests.

Last week, ACT Minister for the Environment and Heritage Mick Gentleman announced environmental works are being fast-tracked and new jobs being created to undertake bushfire recovery works, including rebuilding fences.

“The ACT Government has allocated $625,000 to repair and replace boundary fences between rural properties and Namadgi that were damaged in the Orroral Valley bushfire,” he said. “This stimulus will support local fencing businesses, suppliers and rural landholders.”

However, cattle farmer and ACT Rural Fire Service volunteer for more than 30 years Steve Angus said it will take at least a year to fix the stock fences that are on very rough countryside.

“Why should the onus be on us to replace the fences that their fire burned?” Mr Angus told Region Media. “We had fences before the fire started that were stockproof, then the fire came and buggered everything. I’ve been patching fences and moving around stock ever since.

“Parks [ACT Parks and Conservation] are telling us that the fire burnt out at least 53km of fences that border the park. We haven’t got a figure on our internal property fences that were burnt, but I’ve lost 3-4km of fencing.

“If it was a landowner or contractor who started the fire, I’m sure the government would be knocking on our doors saying, ‘Here’s the bill.’ But we didn’t start this fire.

“What the ESA has been saying is that fire had only damaged a large area of Namadgi National Park, which is clearly not the case.” 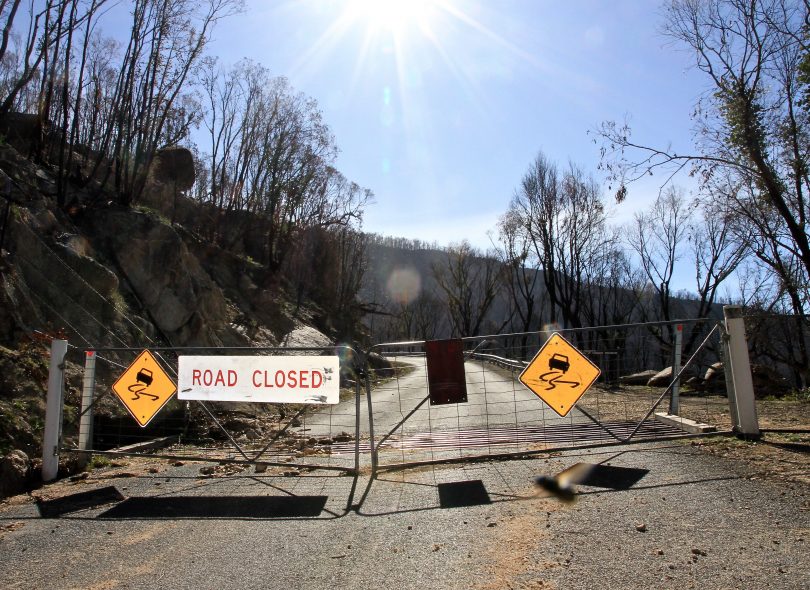 The burnt landscape of Namadgi National Park on Apollo Road.

Mr Angus lives in a serene valley of 500 hectares on Apollo Road that borders Namadgi National Park. He said if not for continual preparation and management, which all landowners must undertake, more than just the charred hills that surround his property would have succumbed to the bushfire.

“It raged through the hills here,” he said. “It was touch and go, but we were always safe. We had plenty of trucks here and were well prepared, but there was a certain amount of luck that properties weren’t lost.

“But I know people at Bumbalong, in NSW, who lost houses and that was a direct result of the Orroral Valley fire.”

Mr Angus said that while the actions of the ACT Government to provide resources to rebuild Namadgi National Park are welcomed, landowners were frustrated at not being able to actively fight the fire that started on January 27. He said he “got into a bit of trouble from the ESA” for lighting up the hill that borders his property to prevent the fire coming down and burning his property.

“We need a better buffer between our properties and the national park, and not just Namadgi but all national parks.”

He said the cost to fix the fences is going to be significant, with quotes he has sourced ranging from $25 to $37 per metre, which doesn’t include the cost of pulling down old fences and accessing very rugged parts of the burnt landscape.

Across the border in NSW, landholders can access $209 million in funds from the NSW Government to rebuild essential boundary fences destroyed by bushfires.

The funds will help cover the cost of rebuilding boundary fences shared by private and public land managers, with the opportunity to upgrade the fencing with fire-resilient materials such as concrete fence posts where possible.

“The NSW Government will provide $5000 per kilometre to help pay for the materials needed to rebuild existing boundary fences bordering public lands damaged in the devastating bushfires during summer,” said NSW Member for Goulburn Wendy Tuckerman.

In the ACT, Mr Gentleman said the government will use local contractors and suppliers to begin repairing fences.

“The work will benefit small business owners who deliver agricultural services, along with local fencing businesses who will do the work and provide materials,” he said.

A further 17 projects, including the construction of stock fodder storage facilities and improvements to stock water supply, have also been successful under the 2019-20 ACT Rural Resilience Grants round to a total of $150,000.

Ridiculous, this can be sorted out reasonably in half a day or less. Borders to National Parks that require fencing should not be funded by the adjacant property owners unless the fire originated from their own properties.

Mark Goodman It should be if the fence is back on to a National Park. fence lines gets paid by national parks But the property owner does all of the Maintenance And to make the recovery process quicker Fenceline gets replaced by National Park After the first week and they should be able to claim it back on their insurance

Private property owners want fences to keep their livestock in. On the other hand National Parks don’t generally need boundary fences (just gates on tracks to restrict vehicle access as required). Fences restrict the movement of wildlife across the landscape and are in fact a major killer of wildlife. Rarely do they make any difference to the movement of pest animals.

The ACT government won't go halves if your house fence borders a park or a reserve. Found that out the hard (expensive way). Sneaky, cheap government.

The fire started in the NationalPark, so the responsibility of repairing the fences should be on the National Parks

Not Defence, who started the fire?

Morgan Stuart If a fire starts on your land, no matter who caused it and it spreads onto a neighboring property. Destroying fences it is the responsibility of the originating property owner to make restitution.

Russell Hadley actually was started by the Army, so maybe they should pay

Nada Krstin - 4 hours ago
Redmond Herrington OK, since covid has been a GLOBAL pandemic and vaccines have been available and approved for at least 18 m... View
Opinion 48

nadine - 6 hours ago
"Mr Barr said the ability to travel interstate ... would be entirely subject to border decisions made by other states" Given... View
kenbehrens - 7 hours ago
Vaccines offer protection against severe infection and in most cases, death. It doesn't prevent people contracting Covid, get... View
kenbehrens - 8 hours ago
Sam, With respect, you appear to be poorly informed. Flu typically kills the elderly or those with health conditions. It is a... View
Sport 19

Dave Horsley - 6 hours ago
How would a club like Penrith convince quality players to travel 6+ hours every week plus training when they could just join... View
Sione Nonehh Taufui - 6 hours ago
Sione Taufui ouaaa 😂😂😂 party party... View
Opinion 3

James-T-Kirk - 7 hours ago
Nah... it's Canberra Avenue. It needs a grand covered entrance. A couple of traffic lights and some turning lanes. Who cares... View
Dilkera - 9 hours ago
Absolutely ludicrous to have a grand drive in entrance on Canberra Avenue, which is long past being a grand avenue. It is a c... View
News 19

New jobs for Canberrans to help bushfire recovery in Namadgi

@The_RiotACT @The_RiotACT
Get your votes in for the people's choice award in the inaugural National Capital #Art Prize, an annual award for #Australian artists that aims to showcase Canberra as a cultural hub https://t.co/aT9nII8kTX (5 hours ago)

@The_RiotACT @The_RiotACT
It's war at Murrumbateman, where a particularly assertive #magpie has it in for #winemaker Bryan Martin - and he has the video footage to prove it https://t.co/wuXWsjvgdt (7 hours ago)

@The_RiotACT @The_RiotACT
The iconic #BatemansBay Bridge is almost completely gone, all that remains is a few piers rising from the water https://t.co/1k3VBOuBMt (8 hours ago)