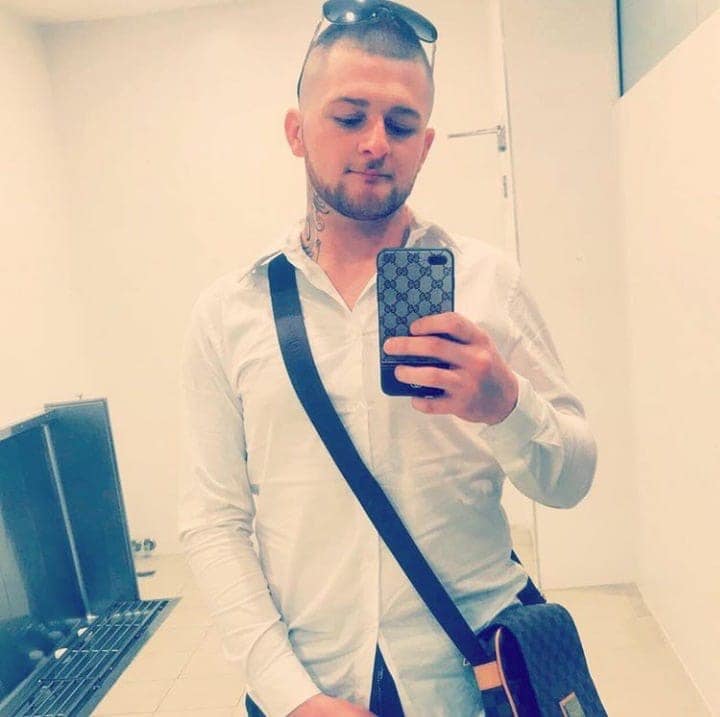 James Gary Taylor, 24, has been jailed over a daylight stabbing attack in Tuggeranong mall. Photo: Facebook.

Families walking through Tuggeranong’s largest mall watched in horror as a barber used a boxcutter to try to slash a man’s throat in front of them.

On Monday (23 August), when James Gary Taylor was jailed over the “brazen” attack that sliced open his victim’s face, the ACT Magistrates Court heard the 24-year-old still could not grasp the impact his attack would have had on the many witnesses, including children.

Court documents show the Chisholm man had gone to the South.Point Shopping Centre on 24 June 2021, where he spotted his victim at around 12:00 pm and began to follow him.

The victim had headphones on and didn’t notice him at first. When they were halfway down an escalator, Taylor caught the man’s attention and said, “let’s sort this sh-t out”.

He continued to follow him until they were outside the Rebel Sports store. Taylor pulled a Stanley knife with a 5 cm blade out of his pocket and attempted to stab the man in the face and neck.

He cut the man on the cheek and neck, causing a 10 cm knife wound. He also sliced his victim’s finger.

Magistrate James Lawton said he had “brazenly” carried out this attack in the shopping centre while in front of passers-by.

He said while it had been submitted to the court that an element of provocation was involved due to an existing disagreement between the parties, “I emphatically state that in no way justifies the actions of Mr Taylor”.

After Taylor was arrested, he told police he wished he had stabbed his victim in the jugular.

Prosecutor Lauren Knobel told the court Taylor had accused his victim of committing a serious crime, but she said there was “no excuse for vigilantism in the community”.

She said it was a serious, brazen, unprovoked attack in full view of people in a crowded shopping mall.

Ms Knobel also said he had shown a complete lack of insight into the impact of his actions on members of the public and the community needed to be protected from seeing attacks of this nature.

Taylor’s lawyer, Mr Rutzou of Legal Aid, described the attack as an “aberration of his character”.

He said Taylor, who had worked as an apprentice plumber and a barber, had been moving house and had put the boxcutter into his pocket before going to the mall, so the use of the knife was not premeditated and the entire incident was “unplanned”.

Mr Rutzou told the court his client’s “biggest issue” had “always been drugs”, but he had successfully engaged with the methadone program and was suitable for an intensive corrections order.

Taylor had pleaded guilty to charges of using an offensive weapon in a manner likely to endanger human life, assault and possessing a knife without a reasonable excuse.

Magistrate Lawton said if people engage in weapon fights in public places, they will suffer the consequences, requiring them to go to jail.

He jailed Taylor for 18 months with a nine-month non-parole period. He will be eligible for release from custody in March 2022. He was also fined $2000.

” and had put the boxcutter into his pocket before going to the mall”, as one does normally…. ?

He’s a barber? Jeez, you wouldn’t want your beard trimmed by this bloke.

If this dude did that in most European countries or the Americas he would have been shot dead on the spot.

If that is considered distressing to the onlooking public then too bad, because now he will still be around to do it again and that distresses me.

I can’t help but believe that there is something wrong with our sentencing system (still) when the ‘fee’ for being able to attempt to murder somebody is only 18 months of jail.

Sounds kind of pre-meditated to me….. certainly not “using an offensive weapon in a manner likely to endanger human life”

I strongly believe that in 9 months we shall hear more from this person… Much more….. And it won’t be a polite discourse.