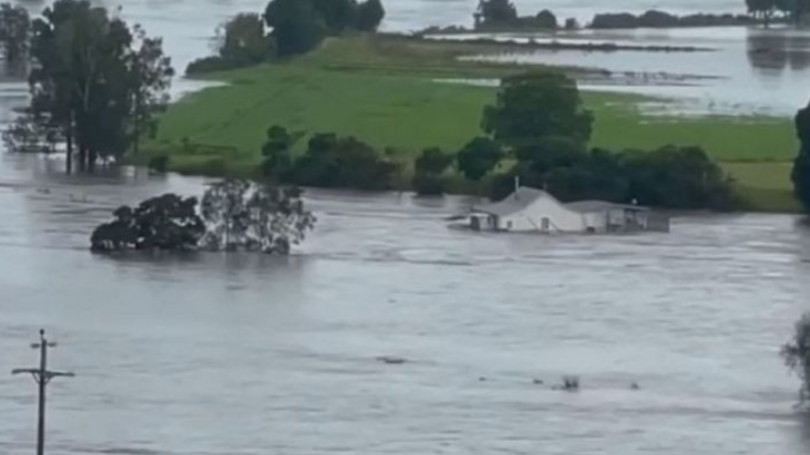 Peter Bowie and Tracia Milton could only hope to find a handful of the 192 cattle they lost in the March 2021 flood in Mondrook, near Taree, on the NSW Mid North Coast.

The cattle were worth $350,000 so imagine the couple’s gratitude at finding 152 of them two months later.

“We can’t believe it,” says Tracia. “We are so happy and delighted, words can’t explain it.”

This couple’s story touched the hearts of many Australians after images appeared on national television of a 100-year-old, three-bedroom cottage from their Mondrook property floating down the Manning River.

Its residents, Sarah Soars and Joshua Edge, found another rental property but the cottage was never to be seen again.

“I’d say it just hit a bank and fell apart,” says Tracia. “We’ve written off ever finding it.”

Peter Bowie and Tracia Milton’s cows returning home after a staycation on a neighbours’ property. Photo: Supplied by Tracia Milton.

Losing the cattle and cottage – plus the income from the cottage – was tragic, but there is more to the story.

At the time, Peter and Tracia were still recovering from the bushfires that swept through their second property at Braidwood, in the Southern Tablelands.

Leaving no feed for their cattle, the couple uprooted their lives and headed north in search of better circumstances, only to be struck by more bad luck.

When Region Media spoke to Tracia in March, two cows had been found at a nearby beach, but none of the 53 cows the couple rescued from Braidwood had been found.

However, since then the couple has found their cattle with the help of the community and a Facebook page dedicated to rehoming animals displaced in the flood.

“There were three girls tagging me in Facebook posts and sharing links to posts about cattle being found, asking if they were ours,” says Tracia. 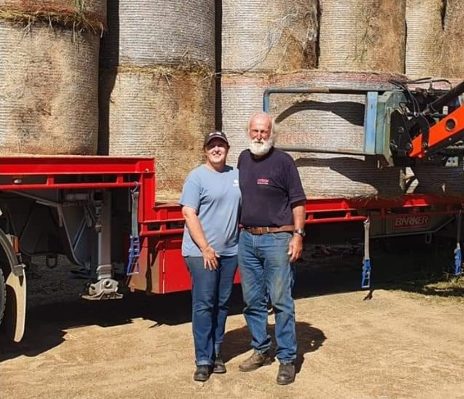 “A few turned up at Taree sale yards and one of our calves ended up at a local dairy farmer’s place.”

A neighbour took the cattle onto their property while Peter and Tracia rebuilt their fences.

“Our neighbours have been amazing, even those who are elderly and can’t help physically have brought us meals or invited us over for meals,” says Tracia.

The couple has cleaned up two-thirds of their property, but are yet to clear the area where the cottage and their sheds were.

They’ve also given up on rebuilding the cottage, particularly as council approval is unlikely now the site has been declared a flood zone.

“That part of the property is just an absolute mess and we need someone with big equipment to come and clean it for us,” says Tracia. “There are bricks, iron and concrete everywhere.”

The damage is a reminder of the tragedy at Mondrook, but Tracia says support from the government has been slim and they’ve had to rely on locals to get back on their feet.

“Every time I go by it reminds me of what happened,” she says.

“Apart from the friends who helped us, we didn’t get assistance. Not from the government, not from BlazeAid. It really is just us. It’s my partner more than anyone who’s feeling it because he’s doing all the hard yards.

“He’s just soldiering on because who else is going to do it?”

What’s more, the couple had no flood insurance because they were relatively new to the area and weren’t aware of the flood danger.

However, a GoFundMe page was able to raise more than $7000 that went towards rebuilding fences on their property.

Peter and Tracia are still missing 37 cows, with three declared dead, but the success of their search so far has given them hope there’s the possibility of bringing the cattle home in the future.

JC - 5 minutes ago
Think you answered your own question in the last sentence. No 40km/h zone will stop stupidity, but what it will do is reduce... View
Steven Gay - 23 minutes ago
I hoped for a metro with underground passages and facilities. Tokyo metro stations are a world class in itself.... View
Yvon Nemchinov - 45 minutes ago
What does that have to do with people being too stupid to safely cross a road? Let alone one with signalled crossings every 1... View
News 4

JC - 9 minutes ago
What nonsense. And this coming from someone who lives in the fat north, probably as far away from Garran as you can get and s... View
54-11 - 2 hours ago
This is a very poor location for a major regional hospital, and successive administrations have allowed ad hoc random develop... View
Community 1

John Moulis - 12 minutes ago
The radio stations in Sydney went crazy with this a few weeks back. It was some of the worst radio I've ever heard. Rhyming s... View
Community 111

Audrey Gildea - 25 minutes ago
Sophie Gildea good news View
Ruth Fearnside - 2 hours ago
Such a good ending! Thank you for covering this story in the RiotAct. View
Food & Wine 26

Rob Tozer - 6 hours ago
They "patched some on Southern Cross Drive last week. Holes back again this week. West bound on Southern Cross from Coulter D... View
Meegan Ward - 7 hours ago
Pot holes are everywhere.with such a heavy downpour recently it's no wonder. From Gungahlin, Woden, Tuggers too.. View
Shannon Canavan - 8 hours ago
Mary Edmond the 🤬 potholes!!! View
News 3

Eddie Xia - 13 hours ago
Those trees are not that extremely danger at all. Otherwise it should be long gone when flooding and bushfires were there. View
show more show less
*Results are based on activity within last 7 days

@The_RiotACT @The_RiotACT
Canberra Liberals MLA @markparton has apologised for posting a TikTok video showing him adjourning the Assembly and then eating KFC https://t.co/uEwrhlV8zL (47 minutes ago)