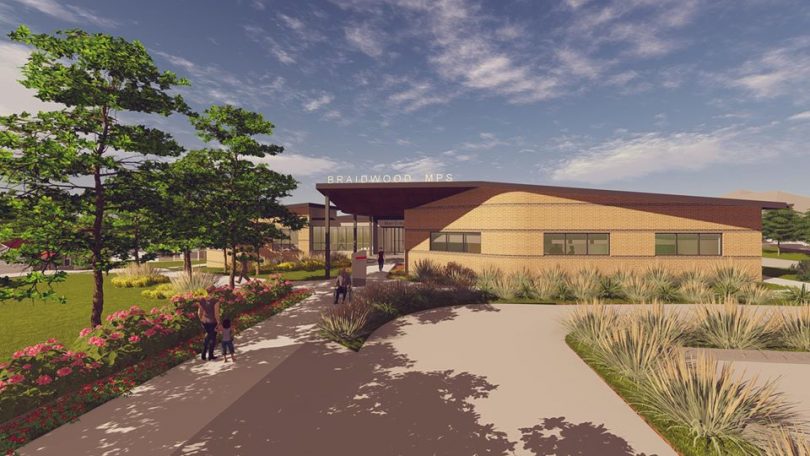 Design for the new Health Buildings in Braidwood. Image: Supplied.

The upgrade to Braidwood’s Multi-Purpose Service (MPS), which includes the hospital, is getting closer as the project reaches the delivery stage.

The project will see the construction of a new Health Service that will replace the existing health services buildings and Residential Aged Care (Narbethong House) for the population of 1,651.
The new facility will provide in-patient rooms, increased residential aged care beds with activity, lounge and dining facilities, a dedicated Emergency Department and treatment spaces, and a new purpose-built facility, including an accessible unit. The redevelopment will include staff accommodation.

Situated on the busy Kings Highway, the emergency facilities are an important part of health framework in times of trauma.

Construction is expected to start in early 2019. Last week the Member for Monaro John Barilaro announced that Richard Crookes Constructions has been awarded the main works contract, with an approximate budget of $30m – $50m. 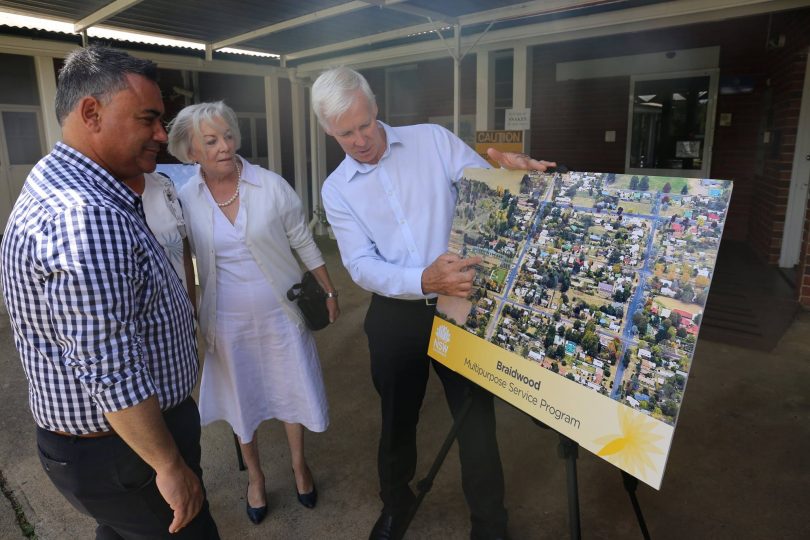 “This is a major milestone for the project which will ensure the community of Braidwood receives outstanding health care into the future,” Mr Barilaro said.

Mr Barilaro said the new facilities will have real benefits for the community of Braidwood and surrounds.

“This is a growing town, and with more families choosing to call Braidwood home, it’s important that our medical facilities keep up,” he said.

“The redevelopment means locals will receive the treatment they need, closer to home and without the added travel time.

Mr Barilaro said that during the planning stage, “the assistance and expertise of the staff and community members has been invaluable and is another step in ensuring the community of Braidwood is provided with high-quality health and aged care services.”

“We recognise the incredible contribution that the MPS program makes to communities and allows us to give back in local communities by driving local industry participation and regional growth,” he said. “We look forward to a continued partnership with Southern NSW Local Health District, Health Infrastructure and the local communities in which we operate.”

The upgrade Braidwood MPS is part of the $300 million State-wide program of works to upgrade MPS facilities in rural and remote areas.

The population of the Palerang Local Government Area, which includes the community of Braidwood, is estimated to increase by over 38 per cent by 2031. This population is also changing – over this period the percentage of the population aged 70 years and over is expected to grow and therefore will make up an increasingly higher proportion of the total population (14 per cent).

NSW Health says the community of Braidwood has a Socio-Economic Index For Areas (SEIFA) score of 986 and is rated in the lowest 40 percentile in NSW.

There is a significant proportion of infrastructure in regional and remote communities which is old, functionally constrained, not able to respond to new and contemporary models of care, and which inhibits the potential for service integration and innovation to best meet the health care needs of the community. 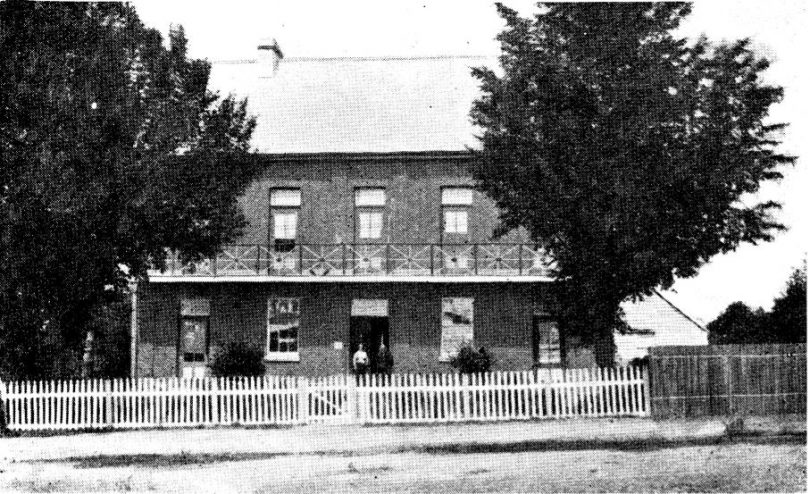 Braidwood Hospital as built in 1858. 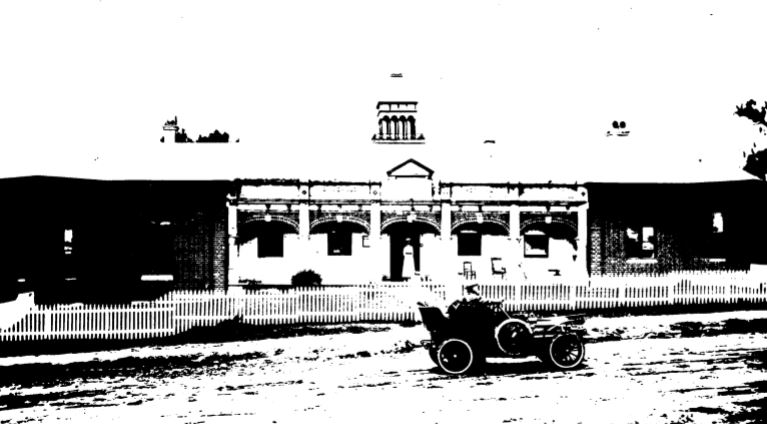 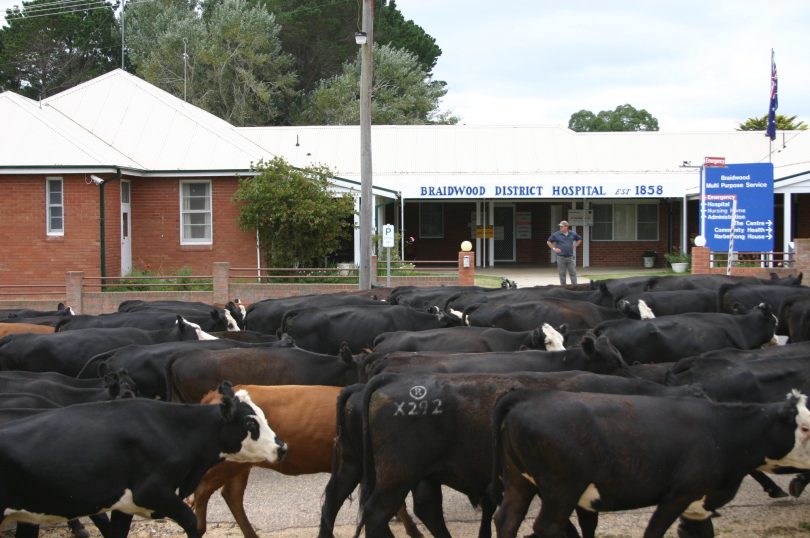 The current hospital building pictured in 2005 with cattle on the road down to Araluen. Photo: Alex Rea.

Although there had been an earlier hospital in Elrington Street, the hospital building at the present site was built in 1858. In 1893, the hospital was remodelled and the upper storey removed.

There will be no break in services while the upgrade takes place. The new building will be constructed alongside the major part of the present hospital, which will be demolished later.

Liz Cusack - 5 seconds ago
YdaYoumage the A pillar and most likely write off the car. You want that to be strong to protect you in rollover View
Monique Neejchee Jenkins - 5 hours ago
Absolutely, and getting rid of the school routes is utterly disgusting too. View
Julie Macklin - 7 hours ago
Jeff Smith Maybe you one of the people who will not drop what they expect in a house/unit (thinking first home buyers here) t... View
News 84

Chris Ellis - 8 minutes ago
Why not design a stack hat that accommodates religious headwear. Win win View
Kerstin Mahoney - 31 minutes ago
What else would you expect from ACT Gov...this is not only dangerous but PC to the point of stupidity. How appalling😡 View
John Wilson - 50 minutes ago
Driving or being a passenger in a motor vehicle is a normalised life style choice, despite it being the most costly in regard... View
Opinion 127

Jaanos Eesti - 28 minutes ago
It means being thankful that Australia allowed my grandfather and mother to settle as refugees after WW2 and not wind up in S... View
Robert McMahon - 9 hours ago
Good to celebrate a nation that enables its citizens to openly criticise its institutions and national symbols. Many people w... View
JC - 10 hours ago
What about 1st Jan. Celebrate when Australia came into being when the colony became a federation. Nah won’t work that’s a... View
Lifestyle 13

Gary Fynmore - 4 hours ago
If outdoor pursuits is your thing I can highly recommend Braidwood Outdoors. Dare I say it but it's a fantastic 'man cave ' B... View
News 45

Jennifer Chalmers - 5 hours ago
Such a tragedy. View
Ulpu Niemi - 9 hours ago
Tragedy upon tragedy in this battle. 😢 View
Alison Crawley - 10 hours ago
Please consider a donation to this refuge - it will be used for the good of the wildlife. Thankyou. View
Sport 4

@The_RiotACT @The_RiotACT
Plans have been lodged for the second stage of Amalgamated Property Group's Civic Quarter commercial development on Northbourne Avenue at one of the city's key intersections https://t.co/SfxF3nIZN8 (19 minutes ago)