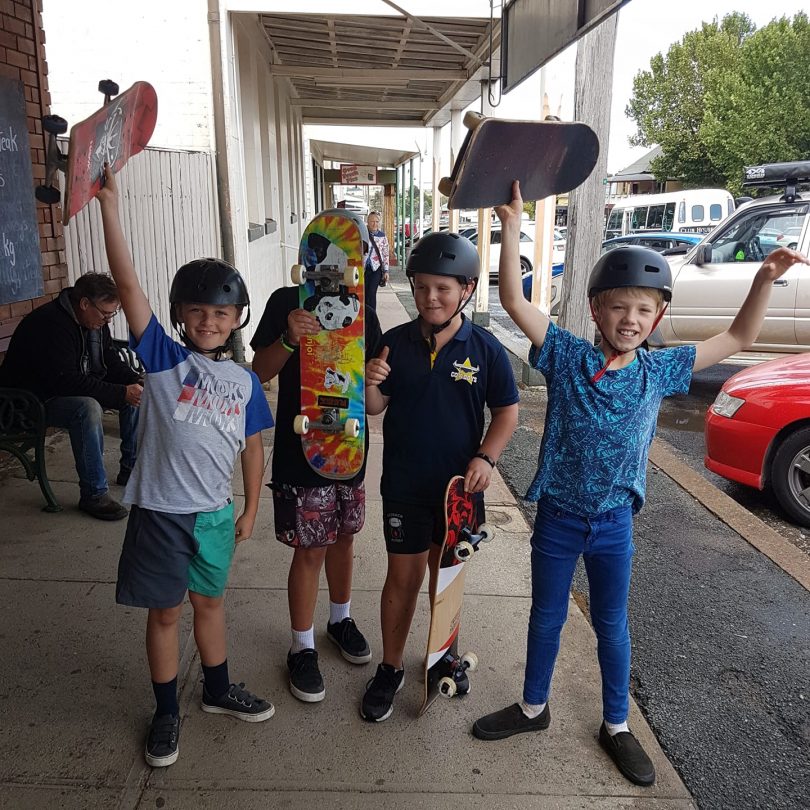 The younger generation is excited to finally be getting a local skatepark. Photo: Braidwood Community Skatepark.

After more than 30 years of waiting, the Braidwood community is a step closer to its own skatepark.

The Queanbeyan-Palerang Regional Council (QPRC) has approved the tender for the new skatepark at Braidwood Recreation Ground.

Experienced skatepark builder Grind Projects will start construction in September and it’ll be ready for action by the end of the year.

New mayor Kenrick Winchester said the community had waited a long time for the park and was glad to see it finally happening.

“This project has been on the horizon for a long time and we are excited to be able to award the tender and have the skatepark come to life in coming months,” he said.

The project is supported by grant funding of $680,660 as part of Stage 2 of the Bushfire Local Economic Recovery Fund delivered by the NSW Government Department of Regional NSW. Council will continue to assist by providing project management support.

BYPAA president Annie Duke said the community had been helping children campaign for a skatepark for three decades.

“It has been a largely positive process working with the council,” she said. “But it has become a contentious issue over the past five years, largely over the location of the skate park.

“Factions wanted it in the central park on the main street, rather than the recreation ground.”

Braidwood Recreation Ground is located on Keder Street and already home to an oval, playground, amenities block and BMX track. 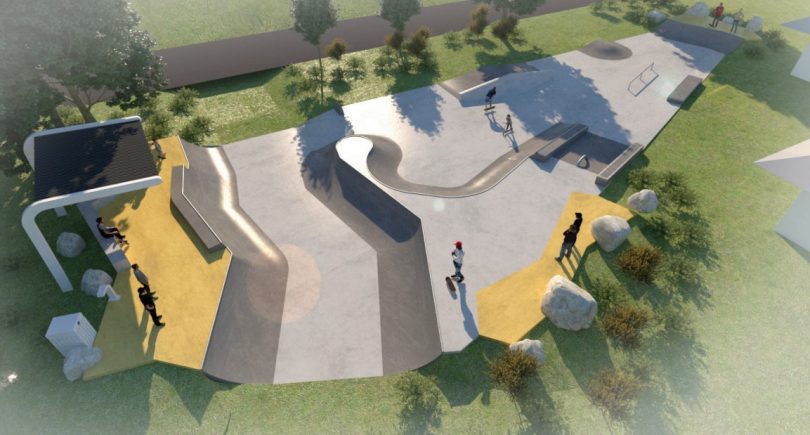 An artist’s impression of the new Braidwood Community Skatepark at the recreation ground. Render: QPRC.

Ms Duke said children have made their own skatepark in a drain at the end of the town while the debate continued.

Some residents contest the planned new park isn’t much better.

Owner of the Smokey Horse bar and restaurant Karuna Bajracharya said he was not ashamed to admit he had spent “thousands of hours on this project over the years”.

“I’ve been waiting 38 years for this skatepark. I’m excited, but I also can’t celebrate,” said the avid skater and coordinator of the Braidwood Community Skatepark Facebook page.

The existing plans will see a portion of the creek at the end of town replaced with concrete pipes, before the skatepark is constructed over the top.

Mr Bajracharya said not only did this leave the park prone to flooding, but there were other “environmental design issues”.

“Where are they building their new one [skatepark]? About a hundred metres up from that drain, in another bigger drain,” he said.

“This is why skateboarding has a bad reputation, because you put it out of sight, out of mind and that’s when all the fun and games start. Drugs, violence, graffiti.

“Look at all these beautiful locations where they put skateparks now. Is there bullying there? Is there violence? No, because there are so many people there you can’t get away with it.

“These sorts of things are already happening at the recreation ground, and it’s just going to get worse when they put the skatepark there.”

Tenders were based on a concept plan developed by Australian skatepark designer Convic. It worked with the community to create a locally-driven design suitable for Braidwood families and youth, with a focus on catering to predominantly beginner and intermediate level skaters.

The concept design features 14 skate obstacles over two main skating zones and will cater for street and transitional riders.

QPRC says the skatepark will create a centralised social hub for young people and their families where different ages and abilities will be able to interact and learn from each other.

“It will also further enhance the new and existing community facilities and amenities at the Braidwood Recreation Ground.”

Council should listen to it’s community. They know the RIGHT location

I was part of the committee for getting a skatepark in Bungendore. It was about 15 years before it was actually built

Steve Frame in my day we made our own !!!

David Pennock not talking crates and particle board kickers here 😝