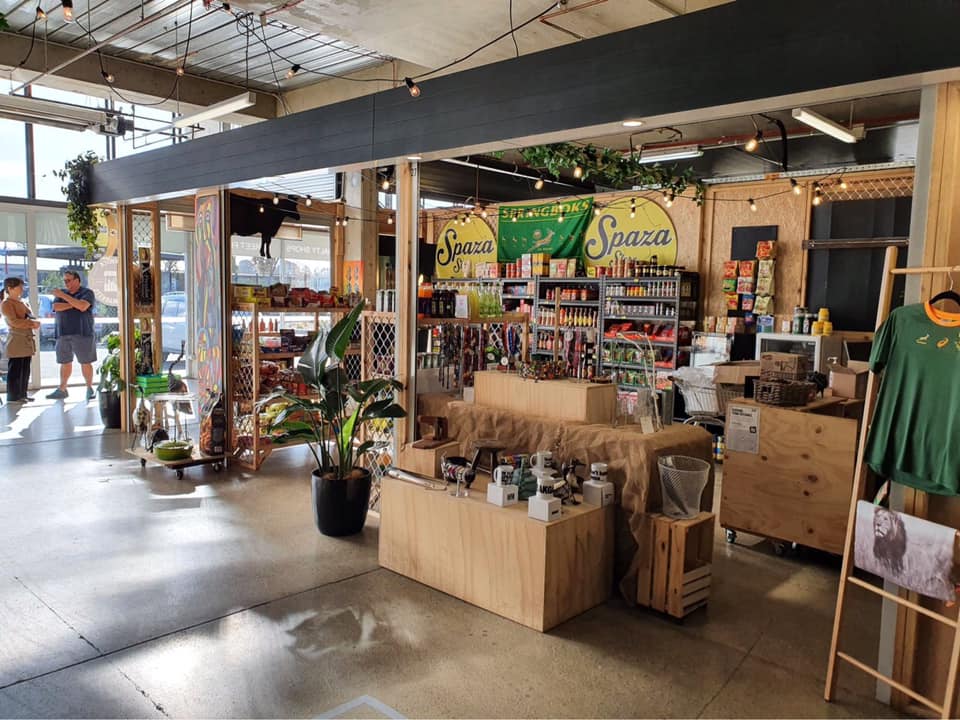 Spaza Store was located at Fyshwick Niche Markets but is planning to open in Belconnen later this year. Photo: Spaza Store.

Owner Mark Chapman said the Facebook announcement that Spaza Store would close on 9 July after Fyshwick’s Niche Markets opted to end their tenancy was the “most difficult post I’ve had to make”. The same happened to Lauren Howell from the eco-friendly startup next door, The Plastic Free Shop.

Both are now joining forces to bring a combined South African store, bar and restaurant to Belconnen.

“There are a few disgruntled South Africans out there at the moment,” Mark says.

“They’re devastated that I’m closing, but they can’t wait for our new venture. The comments I’m receiving are quite humbling.”

Mark and his young family left South Africa and his printing job nearly three decades ago for a better lifestyle in Canberra. He took up a role in the public service before buying Spaza four years ago.

“I was semi-retired and at the point and I felt I needed to start doing something,” he says.

“I have no hospitality background, but that’s one of the great things I’ve discovered about Australia: if you’re prepared to put your head down, you can change careers and make something happen.”

At the time, Spaza was only six months old and much smaller than it is now.

“I have customers that come from as far away as Forbes, Parkes, Merimbula, Albury and Wodonga. At one stage, we were also providing food for the Jamala Wildlife Lodge at the National Zoo and Aquarium.”

A few South African staples do make their way onto shelves in the big chain stores, but up until Saturday, Spaza was the first and only store in the ACT specialising in South African favourites.

Mark says importing is a full-time job in itself, so he taps into suppliers that stock similar shops in the other capital cities. Over the years, customers have also asked Mark about particular products and he liaised with the supplier to bring them to his shelves.

“I have the knowledge about these things and get these products to keep people in touch with home. I hope people can take a trip down memory lane and have an emotional jolt of nostalgia whenever they come in here.”

Meat forms a big part of the South African diet, and there’s no shortage of ways to have it. Various spices and marinades are used as flavour before it’s cooked on a braai, the South African equivalent of a barbeque which swaps gas for wood or charcoal.

Mark says his biltong – “like jerky but better” – goes all around the country, while a South African sausage called boerewors is another banger.

Fyshwick might have been centrally located to supply this taste of home to South Africans all over Canberra, but Mark says customers promise to make the journey to Belconnen. The addition of Castle Lager and other homeland grog might have something to do with it. 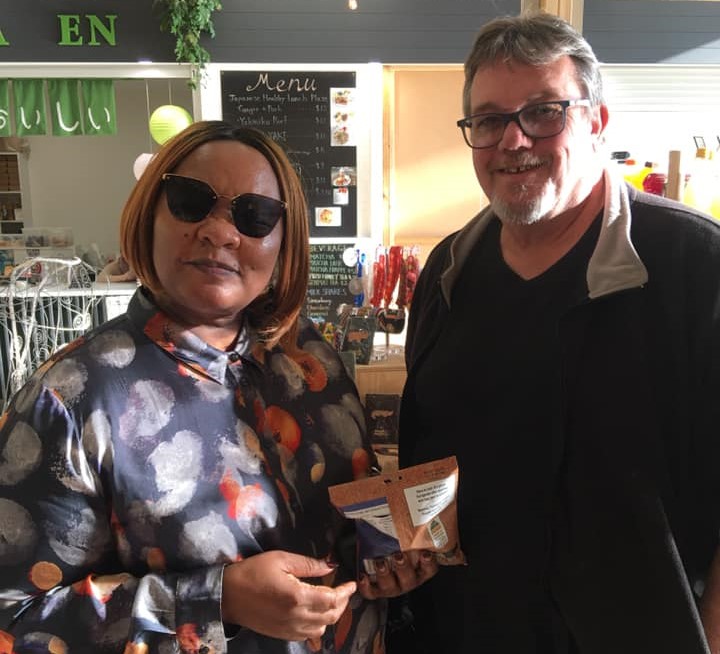 The idea is to continue selling these products while adding a sit-down bar and restaurant area, serving traditional South African drinks and hot food, topped off with live music and a TV to stream rugby games.

“It can be a go-to place for the South Africans, a social gathering for them and half an hour of home.”

Spaza’s neighbour at the Niche Markets, The Plastic Free Shop, was a side hustle for Lauren. Before this, she was in the hospitality industry, managing several bars in Sydney’s inner west years ago. She is now pulling the plug on her shop but will continue to bring her environmental priorities to the new joint venture by minimising plastic waste and donating extra food to OzHarvest.

“This is a really unique concept that no one is doing in Canberra, and I don’t even think I’ve seen anything like it in Sydney.”

The two businesses have gone beyond merely kicking tyres and are looking at a location in Belconnen.

“It’s very early stages but we’re currently looking at the bylaws to see what we can and can’t do and getting quotes for fitting out.”

The aim is an open day in September or October, pending COVID-related delays.

Castle Lager is like ? VB
Hope they have plenty of Biltong

Carol – this is what we were talking about tonight – they’ll be opening a restaurant possibly in September!

Mark Jones will be worth the drive 😁

So excited Spaza Store! Can’t wait for
My first bunny chow, castle or Windhoek and a melktert for dessert!

Courtney Moore come back to canberra

G’Lyz Wogly Let’s go next time I’m there! My shout 😝

Congratulations Mark. We are looking forward to shopping and visiting in your new store. Onwards and upwards!

Can it be Canberra’s first Braai eatery please.

I have been in touch with Mark, sad that the markets did this to him but exciting plans!

Polly Brandreth Baker meet u there for lunch

Kelly Cupido any trips back to Canberra soon?

Awesome news!!! Good on you Mark.

Danica this will interest you

The best news ever!

PM me if I can be of any help any time. Wishing you well.

Liv Malton for when you come back on holiday

Good news for when you guys come visit us Sharon Gray Hamilton!!

Diane did you know there was a store like this? 🙂

Ivy Pua yes, I did 😊💗 Glad it’s coming back bigger at Belconnen 👍🏻

Fantastic news! I’m already missing the Spaza Store. It was the only reason I ever went to Niche Markets. They way they treated Mark Chapman and Loren Howell is disgusting, and I’ll not be shopping there ever again.

Congratulations on your new concept. It’s going to be fantastic. Can’t wait for opening night!