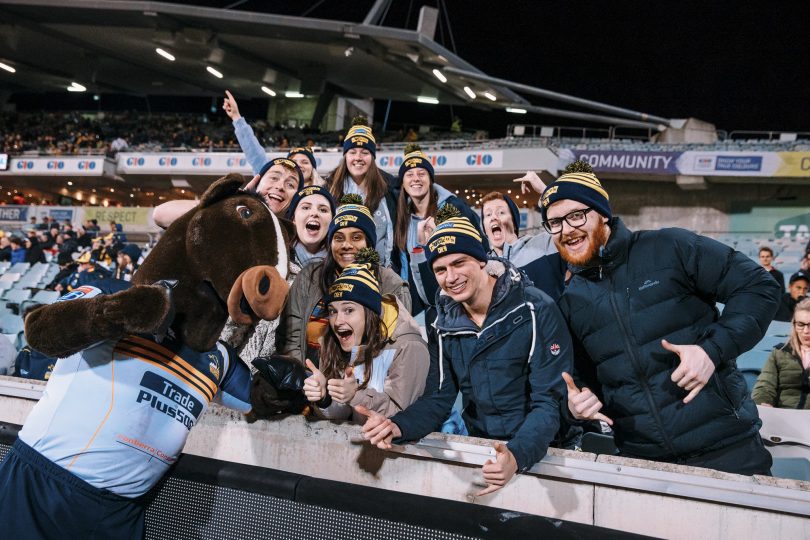 The Brumbies will give $15,000 to Canberra charities if 15,000 fans turn up to GIO Stadium when the club faces the Sunwolves in a Sunday afternoon Super Rugby clash next weekend.

CEO Michael Thomson is aiming to draw 15,000 fans to the Brumbies’ next home game on 3 June as the club tries to rebuild its support after the second lowest crowd in the club’s history – 5,283 fans against the Melbourne Rebels two weeks ago.

The Brumbies announced on Wednesday afternoon that they will run a charity initiative 15 for 15, where the home side will donate a $5,000 each to Lifeline Canberra, OzHarvest and Give Me Five for Kids if they get 15,000 fans to the ground.

“We know that crowd numbers have not been where we hope them to have been, culminating in a small turnout for our game two weeks ago,” CEO Michael Thomson said.

“There are a number of reasons why this occurred, including team performance for which we take full responsibility.

“The first fall of snow on Friday and Saturday in the lead up to the game didn’t help. The challenges around Super Rugby and its structure, and the issues of Canberra Stadium all just add to the challenges we face.”

Due to SANZAAR’s draw and broadcast requirements, Sunday afternoon kickoff is a rare thing for the Brumbies and Mr Thomson said it was the perfect opportunity to bring fans back to GIO Stadium to watch the Brumbies play “one of the most entertaining teams in Super Rugby” and to support three local charities. 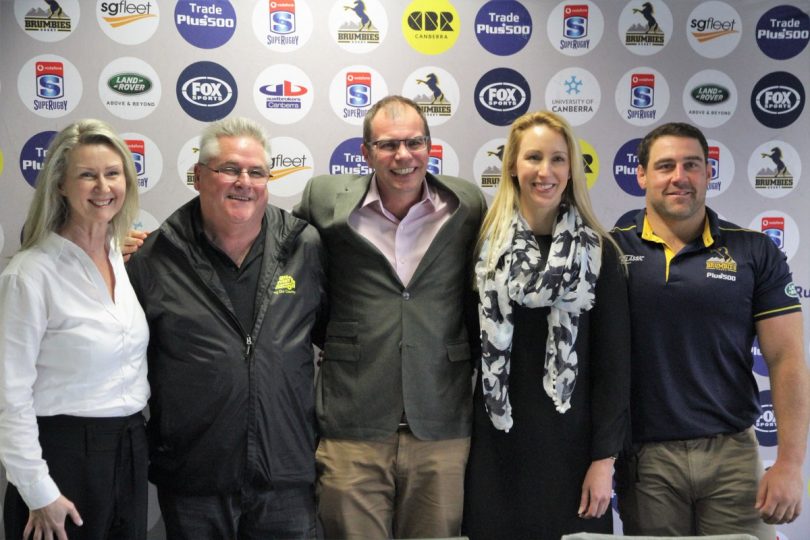 “We recognise this is a challenge and to succeed we need your support, and we ask you to encourage your friends and families to do the same.

“We ask that you come out as a show of support for your team, your city and your region, and three charities which make a real difference to our community.

“The Brumbies are a community club and we always look to support organisations which support our region. We are hoping that all of Canberra and Southern NSW get behind this initiative and come out to our afternoon game on 3 June.

“We want to thank you for being part of the Brumbies family, your support is vital to us, and the game.”

“Our team is proud to stand with the Brumbies in this call to action,” Mr. Burnet said.

“The Brumbies have stood by the Canberra community rain hail or shine, and now it’s time for Canberrans to return the favour.”

Craig Sutton - 22 minutes ago
Kathie Nash Yeah thanks scoop 🙄 I was referring to the entire northern part of Australia. Cairns, Townsville, Darwin etc... View
Sharon Cabban - 33 minutes ago
Lani Metcalfe future for Jack View
Kathie Nash - 1 hour ago
Canberra will never get its own AFL team while we only have a 'stadium' that holds 13,000 at maximum. Need a bigger stadium t... View
News 31

Ashley Hillstead - 42 minutes ago
That being said it looks like losing a prop won’t take their drones out so I guess they just hack it and repair any damage View
Ashley Hillstead - 44 minutes ago
Dean Okeeffe anyone who’s ever used drones even recreationally knows birds go for them too, there are hundreds of videos on... View
Food & Wine 15

Julie Macklin - 45 minutes ago
Peter Hatfield Not faster if the bus gets stuck in peak hour traffic in Sydney, as has happened to me. I used to catch the bu... View
Peter Hatfield - 1 hour ago
Or just go to the Jollimont and catch a comfortable coach and be in Sydney an hour faster, and at a fraction of the real cost... View
Greg Myat - 4 hours ago
Ross McConchie I agree with you entirely about using rail more to get trucks off our main routes. But trains are the most eff... View
Property 13

Kacey Butterworth - 47 minutes ago
Tim, let’s move. View
Jodie Kerec - 2 hours ago
Lisa Van Schieveen we could live here together. View
Gabrielle Driver - 3 hours ago
Lauren Edney look how nice it is. I'd have the cottage View
Sport 7

Haziq Saleem Deen - 4 hours ago
Best in town ❤️ View
purplevh - 5 hours ago
One of the best budget friendly feeds in Canberra. Well worth the ~30km drive for me.... View
David Cole - 6 hours ago
I’ve been looking , just can’t find it View
Opinion 18