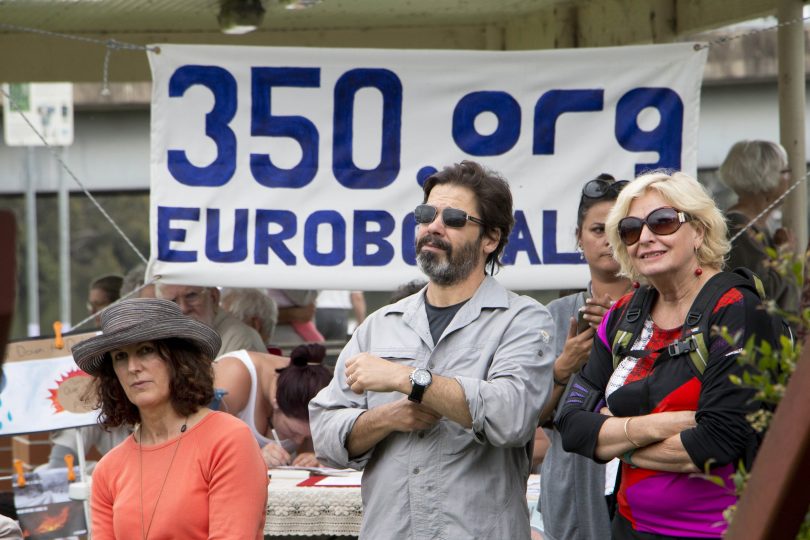 A Mossy Point local who attended a royal commission community forum into the bushfires in Batemans Bay says the commission is reactive, not proactive, and does not take into consideration the wider context of a changing climate.

“It is disappointing that the Royal Commission into National Natural Disaster Arrangements will not include the role of climate change in contributing to the bushfires of 2019-2020 and beyond in an explicit way,” says Reverend Linda Chapman, who represented climate change action group 350Eurobodalla at the forum, which was also attended by Coastwatch, the National Parks Association of NSW, the NSW Rural Fire Service and Eurobodalla Shire Council.

The royal commission acknowledges that climate change had a role in the fires, but has no apparent plans to address it, claims Linda. “It’s like we have cancer and an infection and the government only wants to treat the infection but is ignoring the cancer.”

According to Linda, the NSW Rural Fire Service is trying to do its job and reduce fuel loads with seasonal hazard reduction burns, but it is fighting a hotter, drier climate.

“The change to the bush is so great that areas which burnt recently are burning again. The effects of climate change mean that hazard reduction burns are only effective to a certain point because we have longer, hotter seasons.”

The consensus among local firefighters is that “nothing was going to stop those fires once they got going,” says Linda, who adds the only way we can prevent it happening again is to focus on reducing our greenhouse gas emissions.

350Eurobodalla is a local chapter of global movement 350, which is named for the targeted parts per million of carbon in the atmosphere. The South Coast group would like to see the Federal Government declare a climate state of emergency. 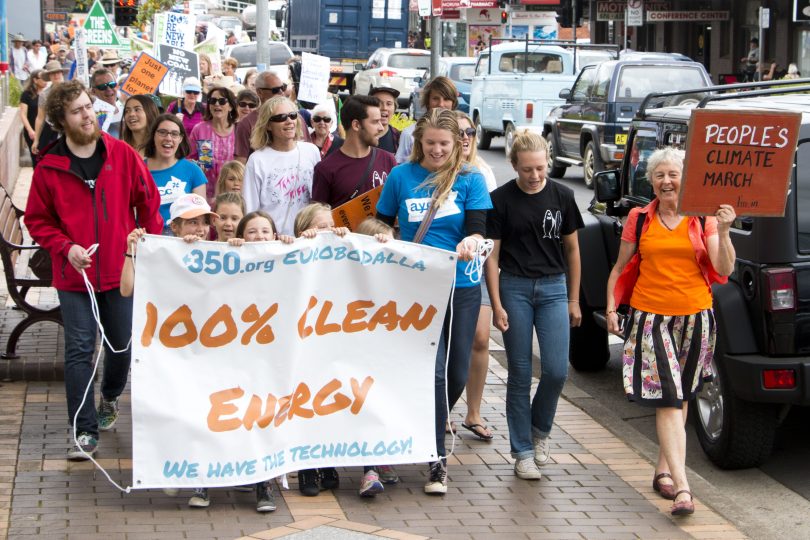 “Right now, we have about 415 parts per million of carbon and we can’t do much about what’s in the atmosphere,” says Linda. “What we can do is take immediate steps to reduce our output and, to some extent, focus on drawdown via reforestation.”

The government is blatantly ignoring scientific advice delivered as early as 2009, which could have lessened the impact of this year’s fires, says Linda.

“In 2009, the Garnaut [Climate Change] Review warned that rising emissions would lead to extreme bushfires, and that would be apparent by 2020. In April last year, the Federal Government was warned to prepare for extreme fires, with emergency leaders asking for more water-bombing aircraft, but no action was taken.”

The rapid spread of COVID-19 and its devastating impact on the local economy is now the immediate issue at hand, impacting people and businesses already at risk following the fires, however 350Eurobodalla warns of the long-term dangers of continuing to cast aside climate change.

It’s not too late to make a written submission to the Royal Commission into National Natural Disaster Arrangements, or call 1800 909 826 to make a submission by phone. Submissions close Friday 3 April 2020.

I think it’s appalling how this single interest group seeks to hijack every aspect of our lives. In this instance, it will distract critical attention from the very specific task of assessing and understanding how to optimise our fire reduction and management arrangements.
If these climate activists are committed to their beliefs, then they should not stand in the way of measures which improve our ability to manage fire in the face of worsening conditions.
That should include increasing our risk appetite and reducing green tape during favourable hazard reduction windows, and radically changing the management regimes for our national parks.
Only time will tell how serious and committed they are.

Fergus Thomson - 6 hours ago
Bek Clark I dunno about that, but after a series of operations, nurses are my heroes - I couldn't do what they do daily (incl... View
Bek Clark - 14 hours ago
Absolutely. They should get that just for having to work with doctors. View
News 24

Paul Conn - 8 hours ago
Glenys is a great manager and one of the nicest senior colleagues I ever had the fairly brief pleasure to work with. View
Deborah Gale - 8 hours ago
A great boss and a nice lady. View
Karen Baldwin - 12 hours ago
Tania Parkes yep, me too View
Lifestyle 22

Sean McGrath - 8 hours ago
They are a gimmick and will 66 soon vanish like a Footsal pad. View
Arleen Stark - 12 hours ago
Considering the lonely scooter I see every day abandoned all over the city, I reckon it would take days, not hours, to find t... View
Teagan Erin - 22 hours ago
Shelby inside anu residences 😂😂 View
Opinion 96

jwinston - 19 hours ago
Let them go because they are under 14 and don’t know what they’re doing. View
News 32

@The_RiotACT @The_RiotACT
Canberra's rock band Hands Like Houses is breaking free of their four walls for a national tour. We caught up with them on the road this week https://t.co/ojiymijMfp (8 hours ago)

@The_RiotACT @The_RiotACT
A beautiful diamond with a few rough edges… meet Nala, a beautiful, boisterous pooch who is at @rspcaact waiting to find the perfect new family https://t.co/Zs2Jwv8S8c (9 hours ago)

@The_RiotACT @The_RiotACT
The lovely four-bedroom, two-bathroom family home in Amaroo is ready & waiting for a new family to move in and make memories https://t.co/B659msa69u (10 hours ago)