Call for action over COVID-19 clusters in schools 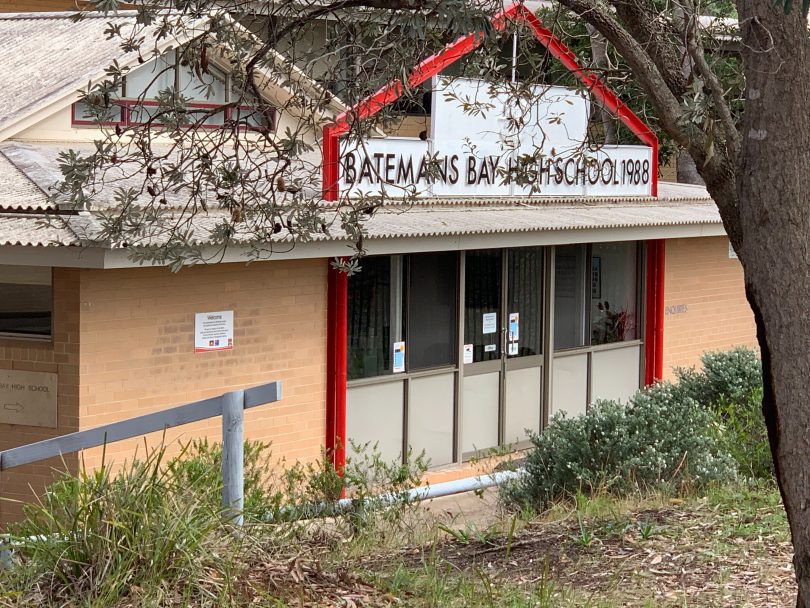 The union representing staff in all non-government schools in NSW and the ACT is calling for decisive action from government given the expanding COVID-19 clusters in schools.

Students at two schools in Batemans Bay tested positive to coronavirus this week, while the cluster linked to a Sydney Catholic school has continued to grow with contact tracers homing in on a retreat attended by several students who were later diagnosed with COVID-19.

“The IEU would find it unacceptable if any of our members were asked to expose themselves needlessly to additional risk by participating in extra-curricular activities such as sporting trips, school excursions, retreats, or other such activities,” IEU NSW/ACT Branch Secretary Mark Northam said.

“We are now calling on the government to provide clear and decisive guidance to schools; in particular, making an explicit recommendation for staff and senior students to wear masks within school settings.

“This aligns with existing health advice that recommends wearing a mask in circumstances where it is not possible to socially distance. This advice must be clearly articulated and conveyed to all school leaders.

“Students in Years 11 and 12 are often working casual jobs, might have girlfriends or boyfriends, and are otherwise mobile in our communities in a way similar to adults.

“The IEU is concerned that our members, and the young people in their charge, are being told there is something exceptional about passing through the school gates that means the COVID-safe precautions we are all undertaking out in the wider community need no longer apply.

“As a result, we are also seeking a review of COVID-safe protocols in non-government schools to ensure the highest safety levels possible are achieved.”

There are currently six active cases in the Eurobodalla. Three cases related to the Batemans Bay Soldiers Club have been released from isolation and are no longer infectious.

The Soldiers Club outbreak led to hundreds of Canberrans being forced to self-isolate; however, there have been no new cases recorded in the ACT for more than a month.

A health district spokesperson said three new cases in Batemans Bay were all known close contacts of a recently identified case in the town.

Both schools were closed for deep cleaning yesterday but reopened today (12 August). 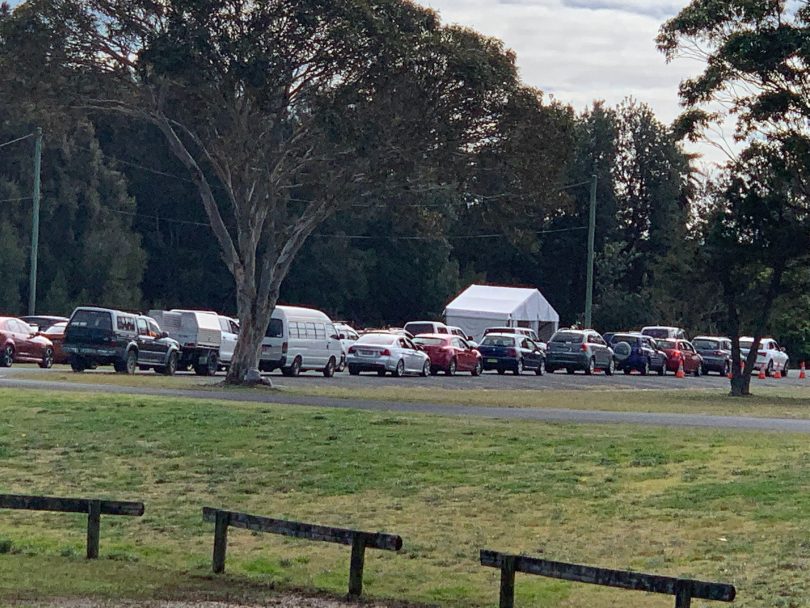 The Batemans Bay community has again heeded calls to undergo testing, with long lines at the pop-up clinic in Hanging Rock.

Adele Craven - 2 hours ago
Renee Mae RiotAct has had lots of opportunities to understand and present up-to-date info, but have refused to - instead cont... View
Food & Wine 14

Dom Polegubic - 3 hours ago
Enjoy an evening with Andy Bernal Saturday the 19th of June at the Australian Croatian Club in Turner. Includes dinner and a... View
Opinion 5

Capital Retro - 4 hours ago
The "science" is yet to be proven. The main "tool" they have is computer modelling which can be contrived and most scientists... View
MERC600 - 6 hours ago
@maya did you receive your free roof insulation from that kind Mr Rudd ? Perhaps now with this insulation your hoose is a lit... View
Futureproof - 8 hours ago
There's science and there's follow the money science, like the great scientific mind of school drop out, Greta Thunberg, alon... View
News 62

Marisa Navarro - 6 hours ago
Linda Navarro i’ll just keep them! View
Bek Clark - 7 hours ago
Lucinda it depends on the category; and while it was a different specialty I can confirm, private specialist consult with a d... View
Paige Johnson - 8 hours ago
Why though? Shortage of staff/surgeon? I’m genuinely curious to know why. View
Community 3

jorie1 - 12 hours ago
Agree! I guess I prefer tangible things like property, and most of my tenants are great. I try to be a good landlord, but the... View
News 1

Capital Retro - 12 hours ago
While getting the snow report from Thredbo this morning the ABC 666 presenter was reminded of building a "snowperson" in youn... View
News 40

Mark Hall - 14 hours ago
Didn't even get to first base - mobile number is already registered when I try to sign up even though my e-mail is not regist... View
show more show less
*Results are based on activity within last 7 days

ACT Minister for Transport Chris Steel has rejected suggestions the planned construction of the bridge across the Molonglo River at...

The National Capital Authority has approved early works to support the $500 million expansion of the Australian War Memorial, despite...
Opinion 34

Stay at home if you can, Mayor urges after COVID-19 outbreak

@The_RiotACT @The_RiotACT
The wrestling career of Canberra's @mikey_broderick has taken him around the world. Now he is back in town in a show for the whole family https://t.co/JBxA8ZEQg7 (2 hours ago)

@The_RiotACT @The_RiotACT
The ACT is looking to diversify the economics of the CBD as the work from home culture means fewer workers in city offices https://t.co/J1DoofRqD5 (5 hours ago)