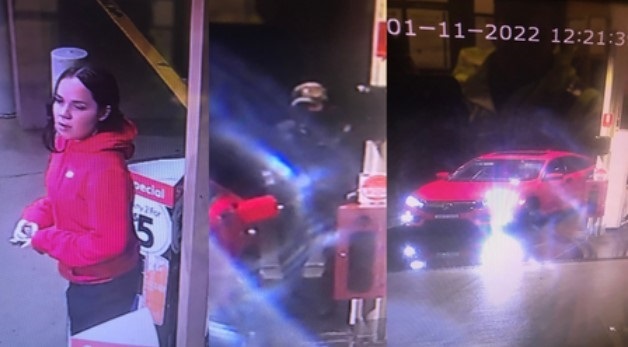 Police are searching for this duo, along with their car, after officers were allegedly driven at in Weston. Photo: ACT Policing.

Police are searching for a man and a woman after a red Honda Civic was allegedly driven at officers in Weston.

Officers were at the Ampol service station on Kirkpatrick Street in Weston when they went to speak with the occupants of the Civic at about 12:20 am on Tuesday (1 November).

It’s alleged as they approached the Civic it was driven at police before being driven away.

No one was injured.

Police said the male driver of the vehicle was wearing a beige baseball cap, black face mask and dark clothing.

While the female passenger has been described as of Caucasian appearance with dark brown hair, wearing a red hoodie, black trackpants and white runners.

Anyone who witnessed the incident, or who has dashcam footage of the area around the time of the incident, has been urged to contact Crime Stoppers on 1800 333 000, quoting reference 7259239. Information can be provided anonymously.