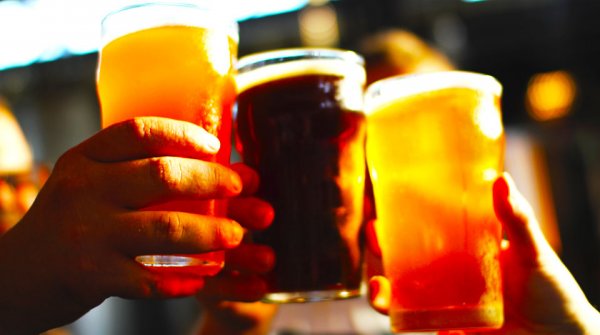 The national Driving Change study will record drug and alcohol intake and place of last drinks of patients presenting to emergency departments at Calvary Hospital and seven other hospitals across Australia.

“We know there are trouble spots where violence occurs in Canberra’s night scene, which to date have not been adequately addressed by the ACT Government,” he says.

“Our hope is that armed with data from the Driving Change study, decision makers will be better informed and motivated to implement effective amendments to the liquor act to reduce alcohol-related violence and harm in the nation’s capital.”

With one in seven presentations to ACT emergency departments related to alcohol, the study’s findings may also renew FARE’s push for 3am lockout laws in the capital – a move backed by Australian Medical Association ACT president Professor Steve Robson.

Professor Robson hopes the study will open the ACT Government’s eyes to the daily reality of Canberra’s frontline emergency workers.

“The reluctance of the ACT Government to introduce 3am last drinks in the ACT is at odds with the carnage witnessed by police, ambos, doctors and nurses every day,” he says.

“The old adage – nothing good happens after midnight is very true, and I invite the Chief Minister to spend a night with our police on the beat or at Calvary Hospital’s emergency department to experience the very real level of harm that exists here in Canberra,” Professor Robson said.

The Driving Change study is based on a similar research project in Cardiff, Wales, which reduced alcohol assault and injury between 2002 and 2007. The model now operates in more than 80 percent of the United Kingdom’s emergency departments.

Early data from the study will be available in about six months.

I’m not sure about this, and although my blackout drinking days were infrequent and are long behind me, I would have been reluctant to name the place I was last at, for fear it might be penalised in some way. (Especially because big nights were usually the result of drinking at home before heading to several places.)

It could be a disincentive for some to seek treatment, and while a noble aim, I’m not sure it has a place in the public health system.

Sounds like the methodology of this study needs a bit of improvement.

Deref - 17 hours ago
It'd be handy to know the vaccination status of those in hospital and the ICU. View
Property 20

Futureproof - 18 hours ago
The roundabout at Monaro Highway/Isabella Drive is particularly dangerous with the height of the grass. You should be able to... View
Capital Retro - 18 hours ago
That would be tantamount to the cosseted cyclists in Canberra who get free bike tracks and then complain that they can't use... View
bigred - 19 hours ago
Of course, both sides of politics could encourage interested and motivated residents to "adopt a patch" and reduce the total... View
News 1

Tom Worthington - 21 hours ago
I was surprised that a generator would be used for the outdoor office. Having been the "Net Traveler", for more than two deca... View
News 3

November 2021 is less than 5 mm off being Canberra's wettest November, and if rainfall levels are at the higher...
*Results are based on activity within last 7 days

E-scooter injuries becoming “all too common” at Canberra emergency departments

@the_riotact @The_RiotACT
Flynn's Wrecking Yard, near Cooma, has been a one-stop shop for #car restorers and repairers throughout #Australia, New Zealand and even the US for almost 70 years. But owner Wayne Flynn now wants to move on so the yard is up for sale https://t.co/2F1sGNJMxo (42 minutes ago)

@the_riotact @The_RiotACT
Expecting guests over summer? Here is a simple recipe for a delicious summery galette that everyone will love https://t.co/7E7RV76Txu (11 hours ago)