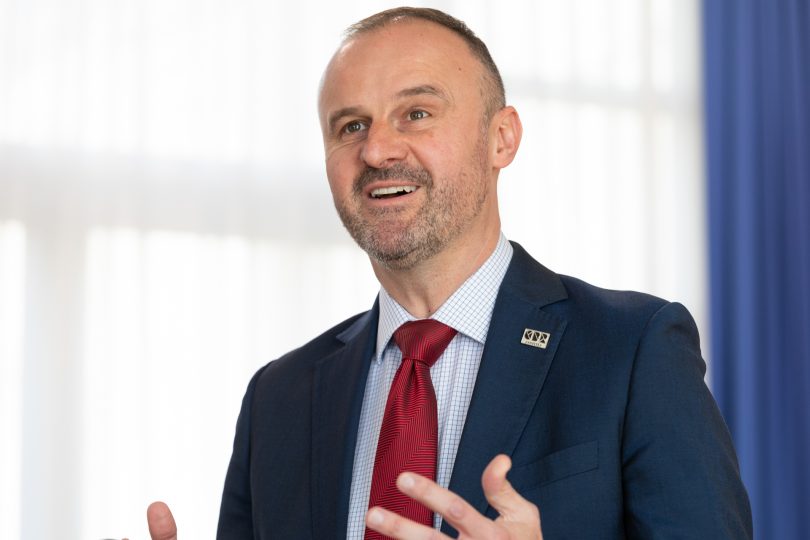 On The Campaign Trail today, Canberra’s big battery, the Housing Industry Association comes out swinging against the Greens and the Belco Party joins the bidding war for a new stadium.

One of Australia’s biggest battery storage systems – almost twice the size of the one in Adelaide – will be built in Canberra by a re-elected Labor Government.

The five-year, $100 million commitment from Labor will aim to reduce electricity prices across the city, Chief Minister Andrew Barr said.

“As a combined network, this battery system can address network constraints, enable more Canberrans to have solar and shorten the pay-off period of domestic solar systems,” he said.

“Our climate change policy will create good, local enviro jobs. Through the implementation of our suite of policies, a re-elected ACT Labor Government will create more than 2,000 local jobs.”

The Canberra Liberals will move the multicultural portfolio into the Chief Minister’s Directorate and create a Multicultural Office for Economic Development to better support language development and build better infrastructure and community connections if they form government.

“Many multicultural organisations report that their members struggle to access government services and information, including older people and those with limited English,” she said.

“Communities have outgrown existing facilities and struggle to find, or build, their own venues.

“Peak bodies feel ignored, and genuine, respectful consultation is lacking. Smaller communities struggle with the high cost of operating in the ACT and participating in community events.”

Under their multicultural package, there will also be greater access to interpreter services in areas like health and justice, the exploration of new sister-cities across the world and more consultation ahead of the next Multicultural Festival. 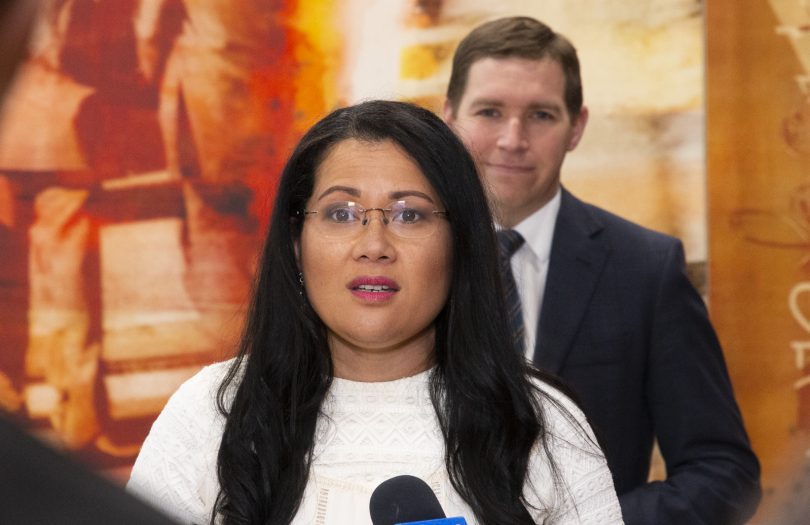 Promises to upgrade local playgrounds, footpaths and install new public toilets at Macquarie, Weetangera, Florey, Evatt and Higgins shops from the Liberals have offered a pre-election sweetener for Belconnen residents.

A new dog park will also be built in West Belconnen while $60,000 will be spent on a feasibility study for a new indoor multipurpose sports centre, also at West Belconnen.

Upgrades were touted for Florey and McKellar Ovals as well.

The Housing Industry Association (HIA) has come out swinging against the Greens proposal to stop new gas connections and bring forward the timeline for going fossil fuel and gas-free by five years.

Executive Director of the HIA in the ACT, Greg Weller, said the plan would not be affordable for most Canberra families.

“It is just not plausible to say that in the future there will be smaller new suburbs, and that homes will have higher environmental standards, more restrictive building and planning laws, slower approval times, greater heritage protection and more green space – yet somehow be cheaper,” he said.

Mr Weller also called the policy “anti-development”. The criticism came a day after the Greens’ coalition partner attacked the policy, with Chief Minister Andrew Barr saying he could not support any “crazy Greens proposals”.

Greens leader Shane Rattenbury hit back at Mr Barr saying he either misunderstood or deliberately misrepresented the policy.

“It is disappointing to learn that the Labor Party is shying away from major and urgent climate action,” he said.

“This is [Labor] digging in deep for a gas-led future that will serve no-one. This is the time for ACT Labor to tell the public whether they support Scott Morrison and Anthony Albanese’s gas-led recovery, or instead a zero-emissions recovery that gives us all a future?”

The current government plan will phase out fossil fuel and gas use by 2045.

Sticking with buildings, the Greens will pilot a land release program that includes at least one “showcase” development a year, such as buildings including “living” walls and roofs covered in plants.

Buildings like this will be more energy-efficient, keep the heat in winter and keep the building cool in summer while the rest of the building could be powered by 100 per cent renewable electricity.

The Belco Party has promised to build a new 35,000-person stadium, convention centre and new sports facilities around the AIS – worth between $500 million and $950 million.

The party says the costs will be shared between the ACT Government, Commonwealth Government and private sector.

This battery will be a disaster, looking forward to the power outages in summer . The battery tech is still rubbish and a massive waste of money

Such a comfort to know that even when the sun doesn’t shine, and the wind doesn’t blow, we’ll have the capacity to keep the mighty heart of the Canberra economy (the espresso and cappuccino machines of Braddon) beating.

When the Fyshwick recycling plant is revived after the election, big battery recycling can be added to the re-worked plans.

Here we go again. Andrew Barr was reported as saying the ACT will make money from the big battery selling stored electricity.

When will politicians learn that there are lines between idealistic pet projects and commercial judgment especially when ratepayers money is used and the initiators have no accountability for the losses that inevitably follow?

How many more failed Transacts, Better Places and Rhodium Asset Solutions (there are others) do we need before they get the message?

While your point about some of the other ones is true, ultimately the government will get paid when it sells stored electricity into the network, so the ACT ‘will make money’ as you put it. It may not be enough to make a profit, but it will receive revenue.

The ability to have any cash flows should be a secondary consideration however – you shouldn’t be building this thing for that purpose really.

It should be they can play a critical role in the network and deliver significant benefits: https://www.startupdaily.net/2020/03/south-australias-tesla-big-battery-saved-consumers-116-million-in-electricity-costs-last-year/

As long as they don’t promise crazy profits from it, its one of the better things that both sides are willing to piss money up the wall on.

Where ideology is involved as it is in this case, the difference between “crazy profits” and “realistic losses” is not a consideration.

JS9,
The problem with this is that the Tesla battery basically is exploiting a gap created by the federal government’s inability to gove clear policy direction to the market. It’s mainly because they were “first” that it’s been so successful.

If the government actually gives some certainty to the market, the grid reliability will increase and the batteries will become less viable for some of the most profitable applications.

Spot on. A lot of the large scale commercial solar farms are now going broke because there is too much competition now. In the early days they were getting very high returns but the smart ones could see what was going to happen so they sold them to pension funds.

By the way, the Hornsdale Tesla Battery in SA is owned and operated by Neoen, with the government having the right to call on the stored power under certain circumstances. It cost Neoen $90 million to set up. Note it is owned, funded and operated by a private commercial operator, not a cabal of taxpayer funded enthusiasts.

Nothing for Charnwood in the libs or Belco Party platform. At least the ALP are upgrading our intersections!

Why is the Belco party dribble on the stadium even getting any airtime. Airy fairy ‘wishlist’ stuff, with no chance in hades of happening.

Just remember that the Belco party are just a front for the Liberals trying to siphon off enough votes to get the libs over the line.

Just like the Greens and Labor do? What a great idea!

Is that what happens when it explodes?

There is nothing in that article that reflects the comment you made.

Dolphin,
Whilst batteries do have their place for exactly the purpose described in your article, Morrison is still right when he says they aren’t the main solution for our future energy needs or for managing grid reliability over larger timescales.

Although seeing as the grid reliability and stability problem that the battery is exploiting has actually been caused by the federal government’s inaction on providing clear energy policy, it’s hard to feel sorry for them.

The battery only allow for the power to switch from solar to mains power aka coal or gas.

It will be used every evening or cloudy days then. 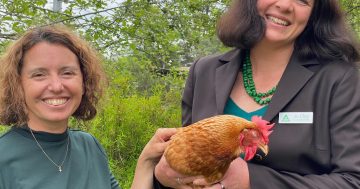 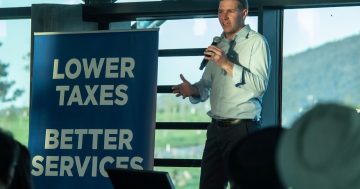 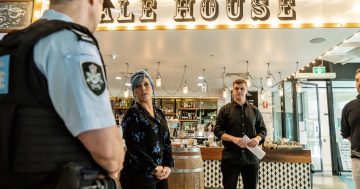 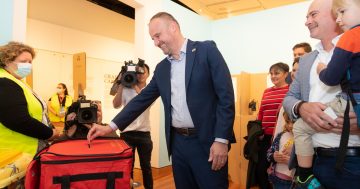 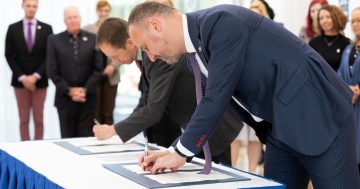 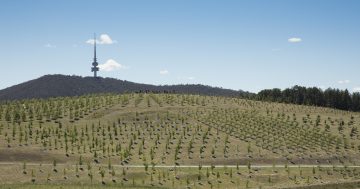