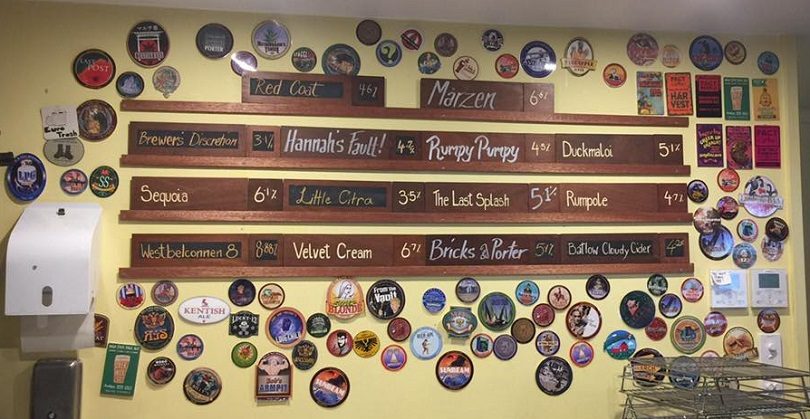 If you’ve met any of the professional and amateur brewers at Canberra Brewers you may have heard about their regular competitions and quest for the Canberra brewing holy grail – being awarded Best Beer of Show at the ACT Championships.

One of the reasons it is such a highly sought after prize is that the winner also receives the “Wig and Pen Trophy” and is subsequently invited to brew their beer at the Wig and Pen Brewery at ANU.

In 2016 a beer created by Ben Harmer, aka Mashhead, picked up Beer of Show at the ACT champs and won the Wig and Pen trophy. It gave him the privilege of brewing the beer at the Wig, naming it and having it on tap commercially. It’s the highest honour for a member in the Canberra Brewers and many of the previous winners have gone onto bigger things.

Ben’s beer is a Belgian Dark Strong Ale (26D in the BJCP style guidelines) which he brewed after being inspired by a trip to Belgium and falling in love with Belgian beers particularly dark strongs like Westvleteren, St Bernardus Abt 12, Rochefort 10 etc. This was the first Belgian beer he brewed on returning from overseas and the experience seemed to have paid off as it’s been quite successful.

The Wig example we brewed three months ago in March and is slightly lighter in colour and alcohol (8.5%) than the one he brewed last year due to the challenges of fitting so much malt into the Wig Mash Tun, it was overflowing! The other challenge was how to put 20 litres of Dark Belgian Candi Sugar into the boiler and get it to mix without it caramelising on the elements.

The beer is quite special with lots of fruity esters and rich malt characters balanced well with noble hops. It’s quite smooth and dangerously suggestive of a lower percentage beer. This beer will do well with age and in fact the Wig will be holding back a portion of the batch to age for at least a year to see how it develops. 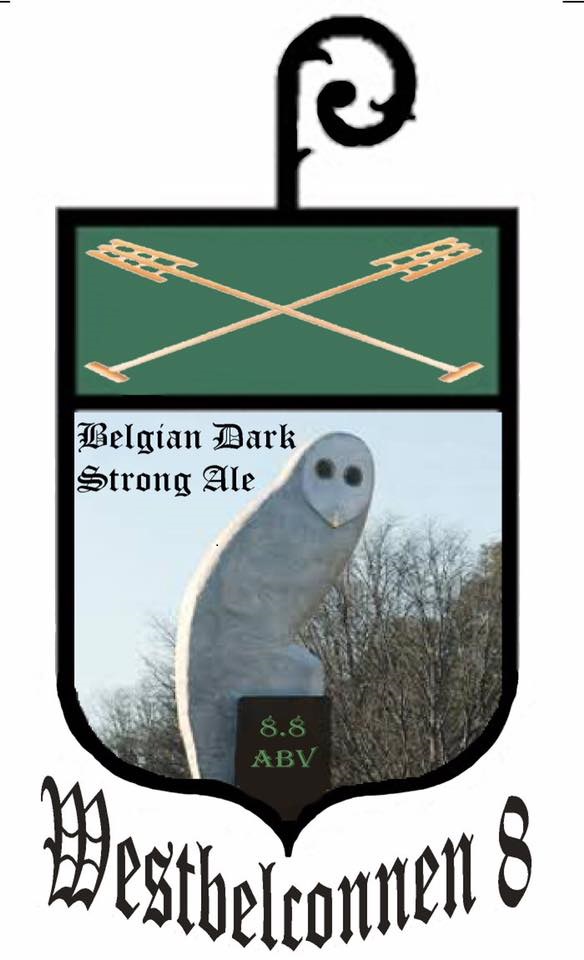 The name Ben gave the beer is WestBelconnen 8 which is a play on the famous Westvleteren beers that brewers know and love and they make a wonderful example that is around 8% called Westvleteren 8. Since his trip he has actually moved into the WestBelconnenn area and thought it was a fitting name to give it.

A few weeks ago Canberra Brewers Club members were invited to participate in a behind-the-scenes Brewery Day at the Wig and Pen and not only had an opportunity to sample WesBelconnen8 but also helped brew a special yet-to-be-named Saisson-style ale, a Marzen and enjoyed a healthy breakfast and lunch while participating in the full gamut of brewing (including the cleaning up afterwards!).

If you’d like to participate in future Brewing Days the first step is to join Canberra Brewers and get on their email and other lists, come along to the next friendly meeting and keep an eye on their discussion and event forums. And if you’d like to try a pint of WestBelconnen8 you have a few weeks to pop into the Wig and Pen before the kegs run out and taps are switched to another brew.

What: Ben’s “WestBelconnen8”, an 8% Belgian Ale based on Westvleteren8 beer and BelcoPride!
Where: Wig and Pen Tavern and Brewery, Llewellyn Hall, ANU
When: Now, before the kegs run out of this tasty beer!

Elias Hallaj (aka CBRfoodie) is a part-time food blogger and full-time political staffer who has joined RiotACT as a regular contributor. All his opinions about drinking beer are his own. Don’t worry he is trying to cut back on drinking too much beer, but insists it’s just too damned tasty. If you have any tips or feedback or advice about beer or brewing you can add a comment below or find him most nights on Twitter @CBRfoodie.

bj_ACT - 34 minutes ago
That’s a really interesting read A nony mous. We deserve to know more research and analysis. Many of the Oaks and Cedars of... View
A Nonny Mouse - 4 hours ago
The Local Government Association of South Australia commissioned an 'Independent Inquiry into Management of Trees on Public L... View
bj_ACT - 6 hours ago
I’d certainly like to see some peer reviewed stats on the tree falls in Canberra. I noticed on radio last week the TCCS exe... View
News 10