Canberra Choral Society must pay $260,000 to former president who fell on 'hazardous' route 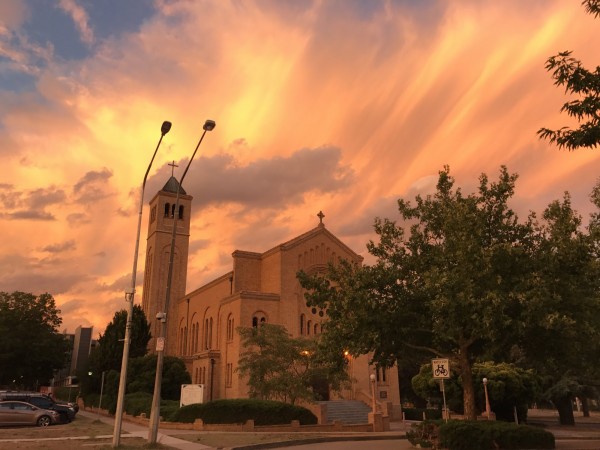 The Canberra Choral Society has been ordered to pay $260,000 to its former president after she fell from a temporary stage during a rehearsal four years ago, breaking her wrist and kneecap.

Despite being taken to hospital for her injuries that evening, the now 71-year-old still returned to the stage the next night to perform in a recital.

Lady Margaret McIntosh, whose late husband Sir Malcolm McIntosh was given the title of Knight Bachelor by Queen Elizabeth II, brought the case against the choral society according to a recently published ACT Magistrates Court decision.

She claimed she was injured after falling into a “hazardous gap” created by the construction of a temporary stage at St Christopher’s Cathedral in Manuka on 23 March 2018.

Lady McIntosh was the society’s newly elected president at the time and was one of the chorists rehearsing for a recital of Bach’s St Matthew Passion the following evening.

She said she had to cross two gaps in the temporary stage to reach her position in the choir. After the rehearsal, she fell into one of the gaps and claimed she fractured her wrist and kneecap, cut her ankle, bruised her legs and received a permanent shoulder injury.

Lady McIntosh sought damages due to her injuries and Magistrate James Stewart said her claim mostly succeeded, finding her to be truthful and reliable.

“Aspects of her evidence and her version made it very clear that she was not a malingerer and the type of person who gets on with things rather than dwelling on misadventure,” he said.

She said when she became president five days before the fall, key decisions had already been made about St Matthew Passion and she was “absolutely” taken by surprise when she found she had to negotiate the gaps.

She said she was not warned about the gaps and had not been involved in planning to use ‘risers’ to raise the height of the stage.

Magistrate Stewart said she first saw the gap when she crossed it and became worried about its presence, knowing there were elderly members of the choir, some of whom used walking sticks and mobility walkers.

He found she “did not skip, run, jump or hesitate” on her way to the second gap and was looking straight ahead when she fell.

“She suffered the injuries described in the evidence and was taken to hospital by her son,” he said.

The magistrate said duty of care was not in dispute because as the occupier of the cathedral, the choral society “was squarely captured by occupiers’ liability”.

He said the society “chose a most hazardous route” to and from the ‘risers’, exposed its members to “an unnecessary and unreasonable risk”, and the gaps were an “obvious obstacle”.

“In my view, precautions to avoid the gutter gaps were easily undertaken, avoided much of the risk that the gutter gaps presented and do not simply arise out of hindsight,” Magistrate Stewart said.

“I find that the risk was reasonably foreseeable. It was, as [one chorister] so accurately put it, ‘an accident waiting to happen’.”

Magistrate Stewart ordered the choral society to pay Lady McIntosh about $260,000 in general damages, medical expenses and services, in addition to her costs.

The Canberra Choral Society and their lawyers were approached for comment.