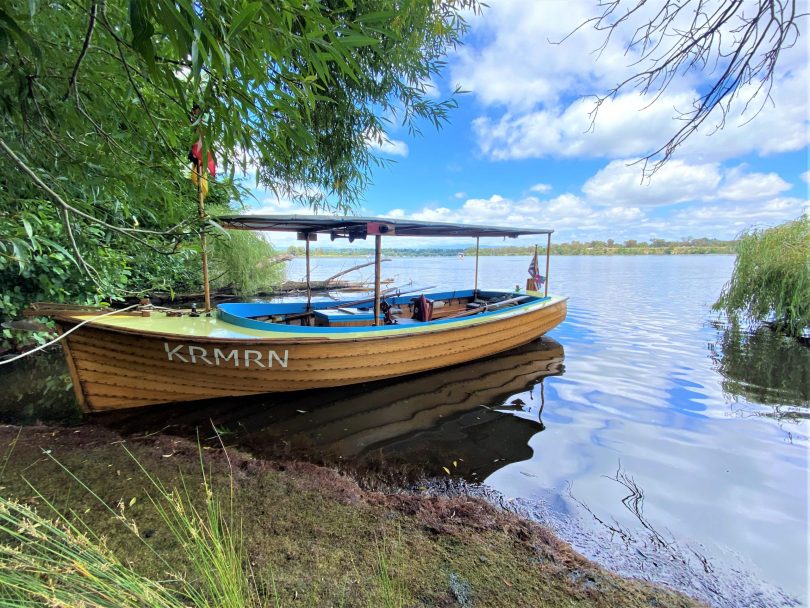 The KRMRN was painstakingly restored to its former glory after being recovered from a Wagga paddock. Photo: Traditional Boat Squadron of Australia.

Lake Burley Griffin will go back in time this weekend as all manner of antique and replica boats take to its waters for the first Canberra Classic Boatfest in four years.

Up to 19 boats will take part, from century-old putt-putt boats and 1930s speedboats to sailboats and electric boats, all pushing off at 9 am on Saturday (9 April) from Lotus Bay near the Yarralumla Yacht Club.

Hosted by the Traditional Boat Squadron of Australia, organiser Robyn Thorne says the club normally takes to the lake on the third Sunday of every month, but the biennial boat fest gives members of the public a chance to get up close and personal with them.

“We mostly tend to get locals, but in the past, we have had boats from as far away as Melbourne and Sydney.

“This year, things are a bit different because of the remnants of COVID-19 and the high fuel prices.” 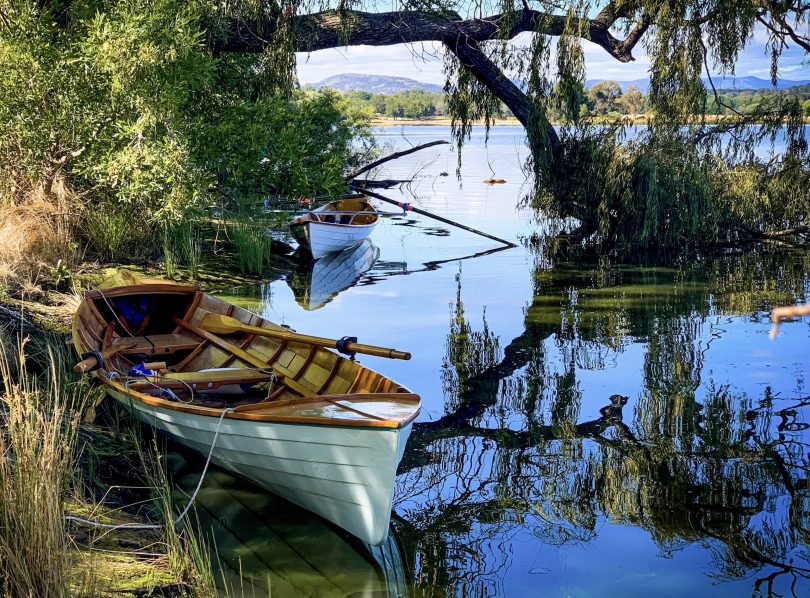 “Believe me, my young friend, there is nothing – absolutely nothing – half so much worth doing as simply messing about in boats.” Photo: Traditional Boat Squadron of Australia.

John Kemister is a former conservator with the Australian War Memorial who came across a wreck sitting out in a Wagga paddock.

“I brought it home where it sat in our carport waiting for a new owner,” John says.

“After two years of nobody coming forward, I finally gave in and commenced restoration.”

Over the following years, John painstakingly took the rotting timber planks of the Margaret Anne apart and pieced it back together to create the modern-day KRMRN, decked out with blue and yellow paintwork and a canvas weather cover.

Robyn describes John as having a “real eye for originality and authenticity”.

“He’s made every detail as accurate as possible.”

READ ALSO Is it a bird? Is it a plane? No, it’s Dr Peter in his paramotor

Two steamboats built from the ground up will also be making an appearance, as will Elektra, based on the design for a Thames River pleasure craft. Another is a recreation of a 1950s American-style speedboat, complete with a V8 Chevy engine.

“You’ll see quite a range of boats there,” Robyn says.

Robyn, now 80, says her interest in boating has been in her blood since childhood.

“My father liked boats. We built a couple of little boats together and often went fishing together. It resonates with my childhood if nothing else.” 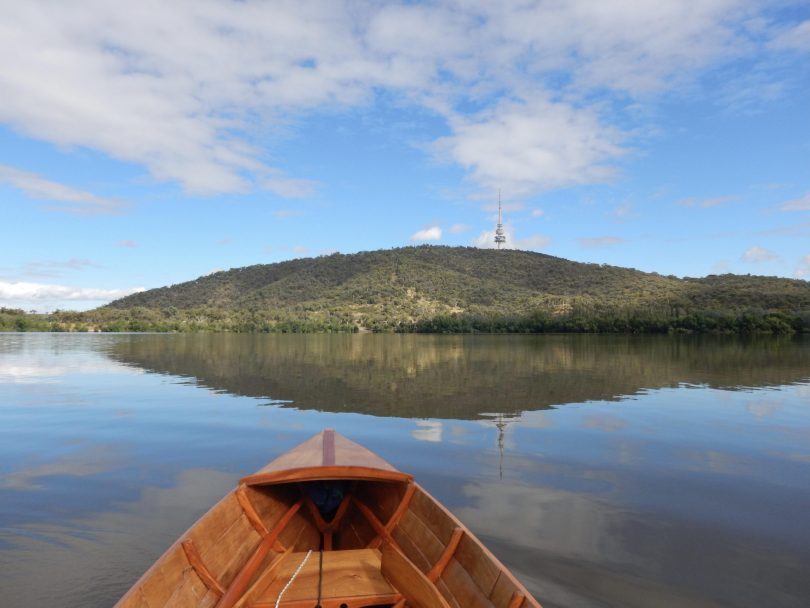 Her boat, Noosa, is the oldest of the pack, turning 100 “sometime this decade”. It started life as a hire boat on the Noosa River in Victoria – hence the name – before it was gifted to her in the 1980s.

She says upkeep is fairly simple given the bits for the old engines are still widely available on the market. That said, seven of the boats have been converted to run on electricity.

“I guess that’s a sign of the times, although electric boats were around before putt-putt boats. They date back to the 1880s.”

Generally, only electric boats are allowed on Lake Burley Griffin, but the club has been granted a permit that allows them to regularly take their ‘special-interest vessels’ out.

“To make the cut, they must be either more than 30 years old or a recreation of an old design, so you can still build yourself a brand-new boat, as long as it’s a traditional design,” Robyn says. 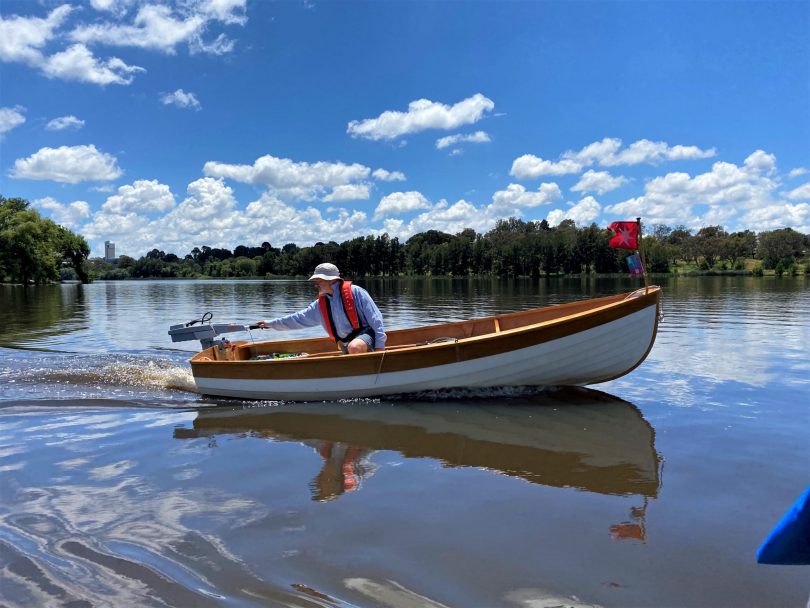 Many of the older boats have been fitted with electric motors. Photo: Traditional Boat Squadron of Australia.

Most of the seasoned sailors go out on the lake during the afternoon when there is more wind, but the motorboats prefer the calmer waters of the morning.

Robyn says the boating conditions on Lake Burley Griffin can still be unpredictable, but on the whole, “it’s a nice body of water to boat on”.

“Especially in autumn, when you’re out on the water away from the shore, it’s another world. It’s beautiful.”

The public is invited to wander down to the Canberra Yacht Club from 11 am to 2 pm on Saturday (9 April), where the boats will be on display.

They will travel down to Yarralumla from 2 pm. On Sunday morning, there will be a grand parade from Lotus Bay to Kingston Harbour (10 am to noon).

“There’s just something about hanging around boats, whether they’re old, new, wrecks, whatever, that is just endlessly fascinating,” Robyn says.

I will be on my boat the SS Minnow. Welcome aboard.

Bugger, I’m away. Woulda been good to check things out.

Well – you can always keep an eye out on our club website: http://www.canberraboating.com 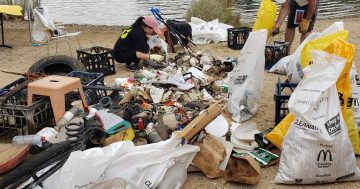