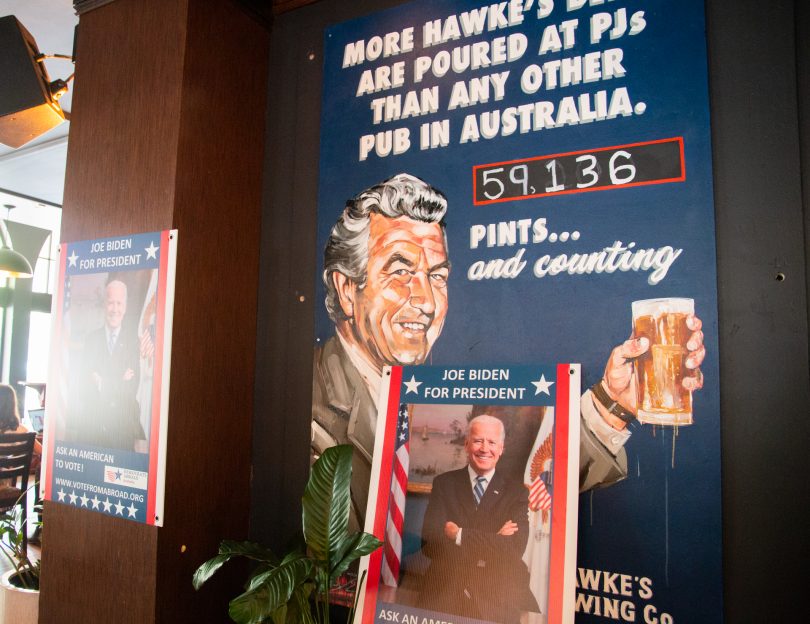 After the ACT election on 17 October, political junkies turned their eyes to the US for the theatre of the Presidential election. But for a small pocket of Americans gathered around screens at PJ O’Reillys yesterday, it was personal.

Justin Underwood was closely watching results slowly roll in throughout the day.

Mr Underwood set up the ACT division of Democrats Abroad which now has 285 members in the ACT. There are 6000 members Australia-wide.

For Democrats like him, yesterday didn’t unfold as expected. A Biden blowout was on the cards, at least according to national and local polls, and celebrations were expected hours after counting commenced.

As the afternoon wore on, the mood slowly soured and stress began to emanate from the pub in Civic as Donald Trump’s electoral showing was stronger than almost everyone expected.

“Am I allowed to use expletives to describe how I feel? Stressed and tense,” said one attendee. 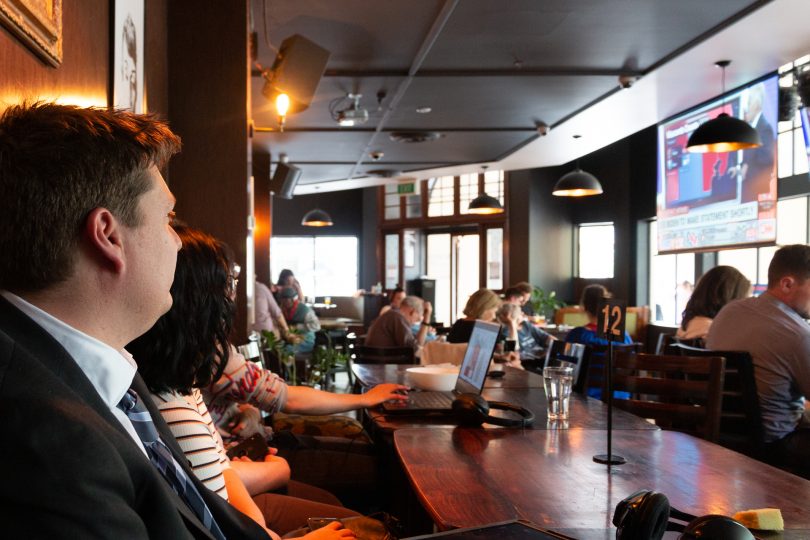 The mood in the pub dimmed from the morning’s jubilation as votes started to roll in. Photo: Dominic Giannini.

“There is a lot more identification with one side of politics in America than there is in Australia and as a result, that leads to a lot less compromise,” Mr Underwood said.

“Americans are much more set in their views. How many Australians would be members of political parties here?”

This compares to around 110,000 Australians who are members of the Liberal or Labor parties – or 0.44 per cent of the population.

One of the main differences with there being no compulsory voting in America is that considerable money is spent trying to get people out to vote, even in Australia where 100,000 Americans reside. 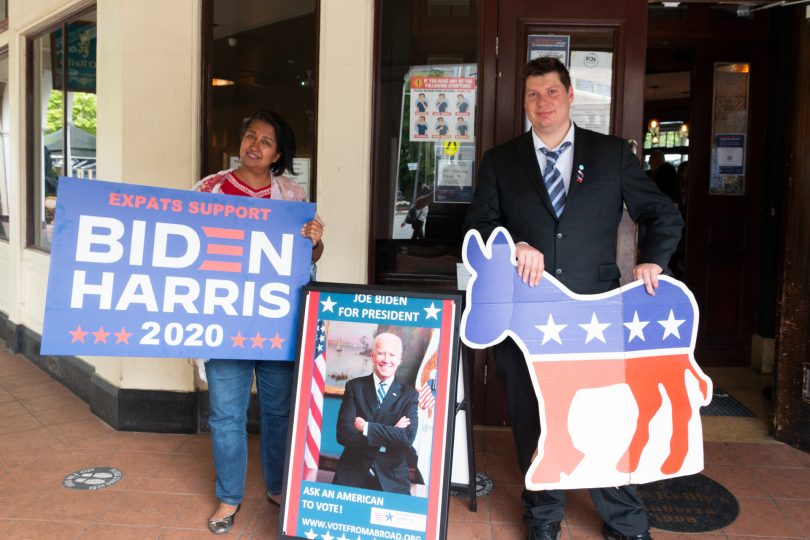 Mr Underwood ran an online and social media campaign here to get Americans to vote.

“I do a lot to make sure that young women are activists and active,” Ms Clementi said.

It has been a tense wait for a result, and the suspense could drag on for days still as both Canberrans and Americans nervously wait to see who will become the next President of the United States of America.

In two years’ time, the Canberra-arm of the Democrats will come together to do it all again for the American mid-terms.