Canberra elevated to another level 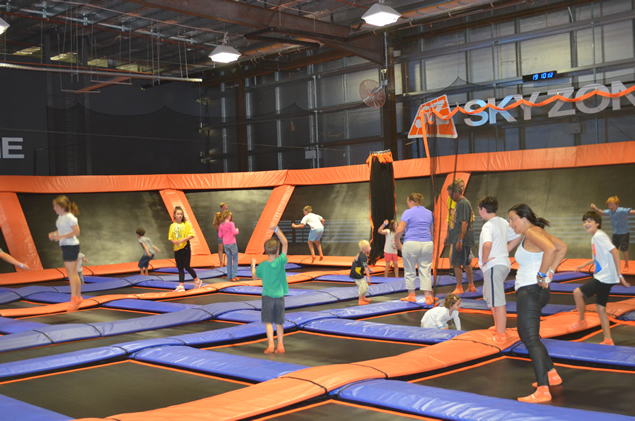 The first Sky Zone Trampoline Park in Canberra will open its doors on Friday, 12th of December allowing residents of the ACT to defy gravity. The $2.5 million trampoline park, which occupies 1800m2 of Westfield Belconnen, is taking trampoline parks to another level.

Sky Zone Belconnen will be the first trampoline park in Australia to be housed within a shopping centre, allowing patrons to blend their visit with general shopping, entertainment options and more.

Sky Zone is the founder of trampoline parks worldwide, first launching in 2004 in the United States. “Sky Zone Belconnen is going to be fun on another level. We want to bring exhilaration, freedom and flight to the people of Canberra. Sky Zone Westfield Belconnen will be the perfect destination for people of all ages in Canberra to have fun, test their limits and engage their inner child,” says Michael Schreiber, CEO of Sky Zone Australia.

Boasting 117 interconnected trampolines, the world’s premier trampoline park will incorporate different zones throughout the centre including the ‘Stratosphere’ where people can free jump, ‘Sky Slam’ for the Lebron James wannabe, ‘The Pit’ which will be the ideal flip and fall destination and ‘The Wall’, for the serious jumper and adrenaline seeker. 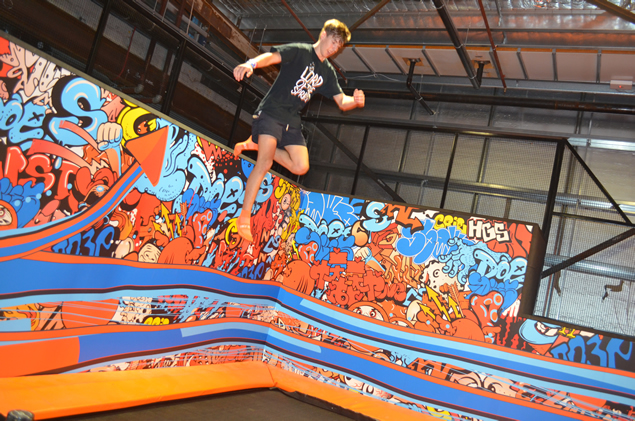 “From teenage skaters who like nothing more than to flip out on their skateboards, children and families celebrating birthdays, fitness enthusiasts who want to burn calories by trampolining, dodgeball fanatics up for the challenge and adults ready to unleash their inner child, Sky Zone is an amazing and fun experience that really engages people from all ages in healthy, awesome, fun,” commented Mr Schreiber.

While fun is important at Sky Zone, so is safety. Sky Zone Australia has followed in the footsteps of the U.S. parent company and is setting the benchmark high for Australian industry safety standards. “We have a strong stance when it comes to safety and we are working tirelessly to ensure Sky Zone is a safe place where people can have fun,” concluded Mr. Schreiber.

OMG ! now this is a place one just cannot miss to visit ! just Amazing 🙂
A few years back i saw on a sports channel guys playing basketball on a trampoline park. It was 3 on 3 .
is there a place where basketball can be played on trampoline here in canberra?

Alex Troy Elsworth Adkins - 2 minutes ago
No Forrest? Interesting... 🤔 View
Paula Garner - 34 minutes ago
Charlotte Garner here’s the suburbs for cross off your list View
Mark Dowell - 37 minutes ago
"22 Canberra Suburbs That People Earning Good Incomes Can No Longer Afford To Live In"...there, fixed the headline for you. View
News 105

Michael Strand - 16 minutes ago
Margy Duke I should add, you are clearly the person these proposed laws are aimed at.... View
James Hutchison - 20 minutes ago
Allan Pryor yep! Canberra is probably one of the best cities for bike paths and we still have this issue. The bike riders don... View
Allan Pryor - 28 minutes ago
James Hutchison that a lotvof infrastructure for people who wont use it View
Lifestyle 14

Valerie Foster - 29 minutes ago
Been talking about that for years. View
News 7

Inca Serrated - 39 minutes ago
Not a single mention of the conditions that prisoners are living in... Lockdowns, no family contact for over a year, no meani... View
Lori J Tas - 3 hours ago
Kriso Hadskini there are currently rules around how much the govt can enforce people to pay back week to week, sadly, given h... View
Kriso Hadskini - 4 hours ago
Make the inmates pay the bills they cause, it is not rocket science.... View
Community 35

Mark Heinrich - 52 minutes ago
These things are not either or. There’s a need for multiple solutions to multiple problems. Don’t knock something just be... View
Cameron Murtagh - 1 hour ago
Abbey Snell https://domesticviolence.org/domestic-violence-against-men/ View
Cameron Murtagh - 2 hours ago
Something wrong with public housing for men too? View
News 11

@The_RiotACT @The_RiotACT
Around 250 people enjoyed a strip and dip in freezing temperatures this morning for @Lifeline_ACT's fifth Winter Solstice Nude Charity Swim! Were you there? https://t.co/8AcpLjpUyp (34 minutes ago)