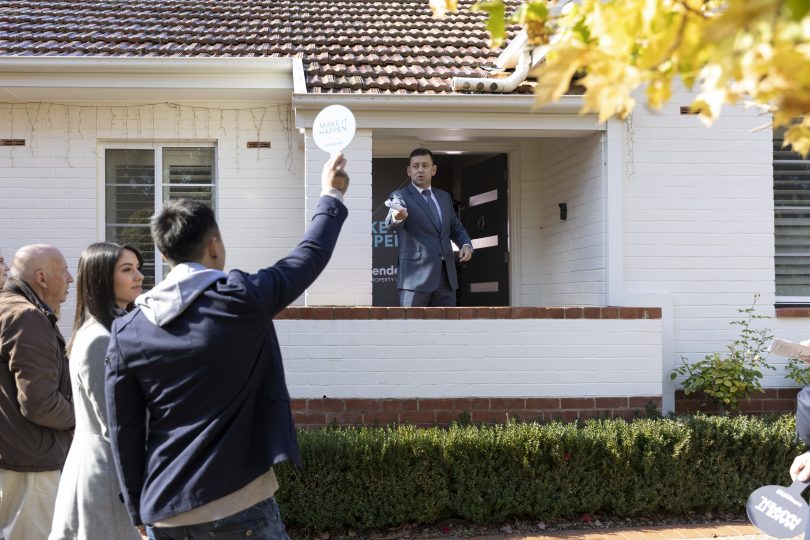 The housing market in Canberra is absolutely back with a vengeance.

There were a record number of auctions last week: 178 homes went under the hammer and 85.7 per cent were sold. This is the highest clearance rate of all the capital cities.

Real estate agents describe the figures as incredible with sellers making up for lost time.

One of the headline auctions was in Ngunnawal, where 19 Tanderra Crescent smashed the suburb’s record by close to $1 million.

McGrath Canberra real estate agent Kris Hellier says the number of people that came out for the Saturday auction was equally astounding. There were 16 registered buyers and a crowd of 130.

“Tell me the market is slowing down!” he says. 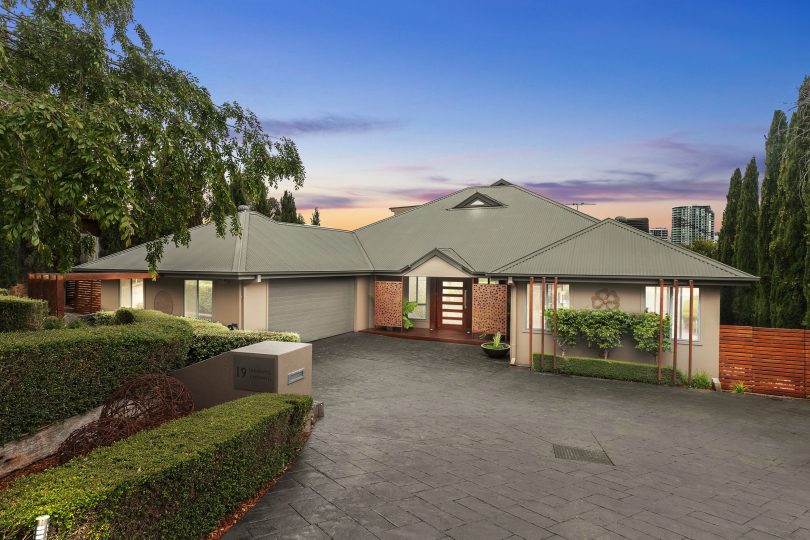 19 Tanderra Crescent in Ngunnawal sold over the weekend for $2,450,000. Photo: McGrath Canberra.

Canberra’s house prices jumped higher than any other capital city in Australia over the past year, up by 29 per cent compared to 2020.

The housing market usually steps up each spring, but Kris says that spring has come late this year due to COVID-19 restrictions. Buyers and sellers alike held off over August and September but are back in full force now.

According to data from CoreLogic, there were 62 more auctions last week than at the same time last year, with a 6.4 per cent greater success rate to boot.

“Earlier in the year, it was definitely a seller’s market, but buyers are now being spoilt for choice as a backlog of properties fill the market,” Kris says.

“What we’re seeing now is the same number of sales, but in a much shorter time.”

Kris says it’s all part of the natural cycle of real estate. He predicts that as society and the economy return to normal, the market will “level out” over the coming year.

“It can’t keep going up and up. The market gets to the top and starts going back the other way. But that’s the thing about Canberra – it’s less volatile than Melbourne or Sydney. Thanks to a stable workforce and economy, it levels off more than jumping up or down.”

READ ALSO: From forbidden love to convict-built bricks, Hibernia Lodge in Queanbeyan has seen it all

Luton real estate agent Nick Paine says he was also at an auction over the weekend and says the moment the ACT Government announced an easing of COVID-19 restrictions, normal business returned immediately.

“We definitely noticed the number of appraisals on homes pick up.”

Nick says that FOMO – fear of missing out – could have played a part in rising house prices as buyers rushed to grab whatever they could get their hands on in case the situation worsened.

“In doing that, they helped drive the price up. It’s kind of a Catch-22. You don’t want house prices to go up too quickly, but then you are part of the reason they’re going up so quickly.”

Throw in the fact that interest rates were at an all-time low and overseas holidays were off the cards and the perfect housing storm was brewed.

Nick says that as more stock returns to the market over the coming months, people won’t feel like they only have one chance to get into a house and will more contentedly leave an auction. This will take some of the steam out of the upwards drive.

“More choice, same number of buyers – that will calm things down a little bit.”

People getting worried that if prices continue to go up at this rate they’ll be forced out of the market. What would have gotten me a 3-beddy house just a few years ago now barely gets me a 1b+study.

Manhattan apartments resort style living on the edge of the city