Canberra man miraculously saved on the slopes of Everest 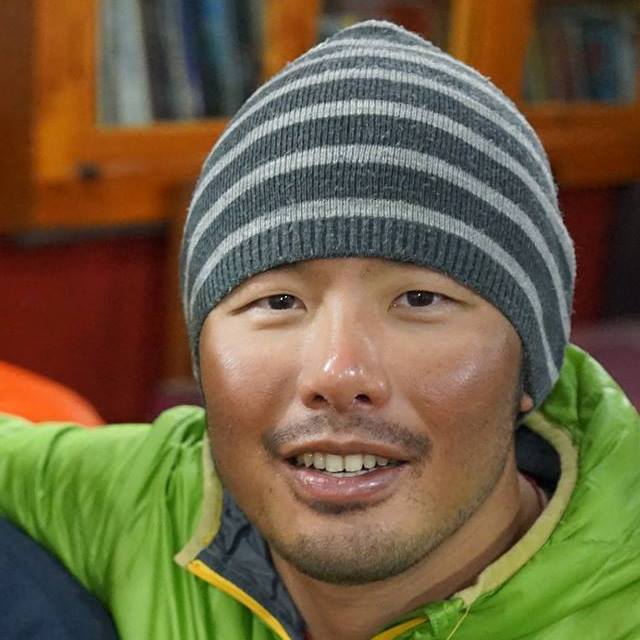 The day before he was rescued, Mr Lee posted on Twitter saying he had a “rough night” at Camp One due to a “persistent chest infection”. Photos: Facebook.

In a rescue that can only be described as miraculous, Canberra man Gilian Lee is recovering in a Nepalese hospital after being found unconscious by Tibetian mountaineers on the northern slopes of Everest last week.

Tibetan climbers stumbled across the unconscious body of Mr Lee at an altitude of 7,500 metres last Wednesday (22 May) on Mr Lee’s fourth attempt at climbing Mount Everest.

The Canberra public servant used Twitter to log in details of his journey and share his frustrations since arriving in Nepal last month. On the 14 April, Mr Lee said that he arrived at Chinese Base Camp (CBC) and said that he was “feeling good at this low altitude”.

Over the following month, Mr Lee shared his experience climbing the world’s tallest mountain, with surprising jovialness stating that he got lost for an hour on the slopes and that he left his equipment behind at base camp.

At Chinese Base Camp (CBC). A lot of tents being setup. Feeling good at this low altitude. Will do a smashing hike tomorrow to free the legs and test the lungs.

Will have my high camp bag ready by tonight.

Got lost for an hour but you know my luck

Horrible day at ABC with pure sun and no wind.

Silly me,left rappel brake in aus or cbc. Lucky i know how to use a hitch for such situations.

Nearly at top of c1 but turned around as not happy with avy risk in fixed traverse. Swimming bottomless steep powder not safe. Others went through.

My support and Sherpa team are looking strong amd coordinated. I am feeling pretty good. Everything is in order. Just have to react/plan for things outside of my control (late rope fixing and weather).

Plans getting worse by the day. Lot of wind at the summit from the south side direction. Nth side windy as well. Chinese rope fixing team not at CBC so every day of delay is a nighmare. Not a problem for those using… https://t.co/IlUs7f3p8O

Feeling surprisingly good! Just waiting for final summit rope and kaboom we go. All my sherpas feeling good and in sync. Begging for the right weather.

Mr Lee posted on 17 May that he had a “chest hacking phlegm cough” with a “killer back throat”. A day before he was found unconscious on the slopes, Mr Lee posted saying he had a “rough night” at camp due to a “persistent chest infection”.

It was his last post on Twitter before the news broke that he had been rescued from the Everest slopes. Only a few details of the miraculous rescue have been revealed but it is believed a team of Tibetan alpine specialists found the Canberra public servant as they were on the mountain doing repair work.

Mr Lee’s rescuers used a yak to drag him to the safety of base camp, where he was reportedly taken to a hospital in Kathmandu.

Mr Lee’s lucky rescue comes as a record number of climbers have died or gone missing on Mount Everest since the beginning of the season, with American climber Christopher Kulish the latest person to die on his descent earlier this week.

Canadian adventurer and filmmaker Elia Saikaly returned from his eighth Everest expedition this season and shared his shock and abhorrence of seeing people walking over dead bodies on the trail.

“I cannot believe what I saw up there. Death. Carnage. Chaos. Lineups. Dead bodies on the route and in tents at camp four,” he posted on Instagram. “People who tried to turn back who ended up dying. People being dragged down. Walking over bodies.”

Jon Rooks - 7 minutes ago
From what I've seen, drivers going at excessive speeds generally are going so fast they demonstrably have no regard for speed... View
Community 33