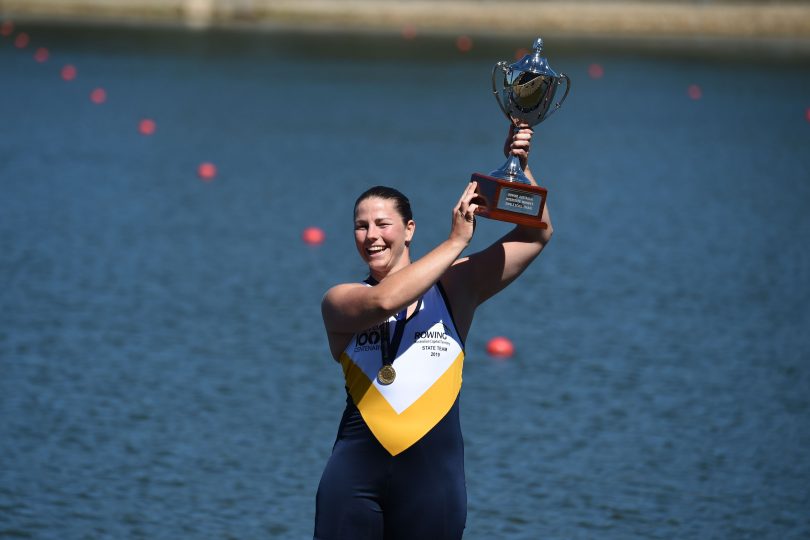 Nikki Ayers still remembers the pain as she writhed in agony after dislocating her knee, tearing multiple ligaments, and severing a major artery and the main nerve in her right knee.

It came from a regulation tackle after Nikki made a break playing in a pre-season rugby union game for the Tuggeranong Viqueens against Royals in 2016.

Says Nikki, “I knew it was bad. I couldn’t feel my foot. My sister was also playing in that game. She was horrified at the extent of the injury and the pain I was in”.

Nikki then developed compartment syndrome and there was a risk of amputation.

As a registered nurse working in Intensive Care at Canberra Hospital, Nikki suddenly found herself as a patient in the area in which she worked.

“I was in intensive care for four weeks. I had 10 surgeries in 21 days.” This effectively saved her leg from being amputated.

She spent another four weeks in Canberra Hospital before starting physical rehabilitation.

“One of the surgeons told me that I couldn’t run again; I was determined to prove him wrong.” She now wears a foot brace to walk and she has restricted movement in her knee.

But Nikki was determined that this wasn’t going to be the end of her sporting ambitions, having originally set her sights on playing for the Australian women’s rugby union side prior to the injury.

“I played rugby for 10 years and I captained the Brumbies in the women’s 7s,” says Nikki.

Growing up in Narooma on the NSW South Coast, Nikki moved to the ACT to study for a nursing degree at Canberra University. 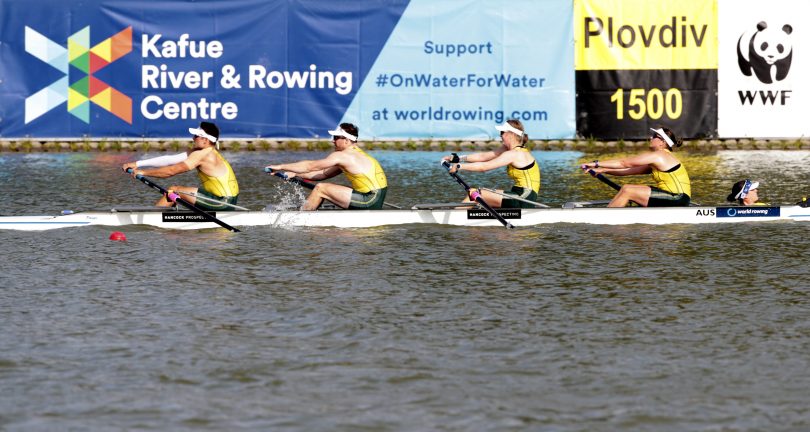 Nikki Ayers racing at the 2018 World Rowing Championships (in the bow seat).

As she contemplated life without rugby, wearing a foot brace, and with restricted movement in her knee, Nikki was looking for a new challenge. Her history of participation in sport and physical activity, her need to remain active, teamed with her determination, helped to formulate a new opportunity.

Nikki’s experience in surf boat rowing formed the basis of her new direction. She had competed in the gruelling George Bass Marathon along the South Coast twice and this became a factor in her decision-making.

She attended the Train4Tokyo session in 2017 at the AIS, which provided an insight into the sporting world as a para-athlete. This was the first step. The next was her decision to give para-rowing a go, given her surf boat experience.

Nikki rowed in the PR3 mixed coxed four, before being named as a reserve this year.

At 28 years of age and already with a lifetime of experience at many levels, she is extracting everything she can from her body in a bid to qualify for Tokyo. Nikki takes on two training sessions a day, five days a week, along with working as a nurse. But she is forever pushing onwards: “I’m optimistic about making the team for Tokyo”.

Nikki’s story of overcoming adversity is exactly what makes the Paralympics and Paralympians an inspiration to us all.

It’s people such as Nikki who give perspective. So when the small, mundane aspects of life create a negative outlook, think of the optimism of this young woman, her drive to reach her potential, and her ability to push beyond any obstacle that is placed in front of her.

NiCe_tRy I_WoNT_LiE - 1 hour ago
Anyone who knows bruiser could've told you he would pass the test. Good on ya bruiser !!! View
Chris Pye - 2 hours ago
Yes!!!! There is still some good in the world! Absolutely wrapped for Pauly and Bruiser 👊 View
Sharon Allan - 3 hours ago
Such great news Paul glad bruiser and u will b reunited soon 🐕🥰 View
What's On 1