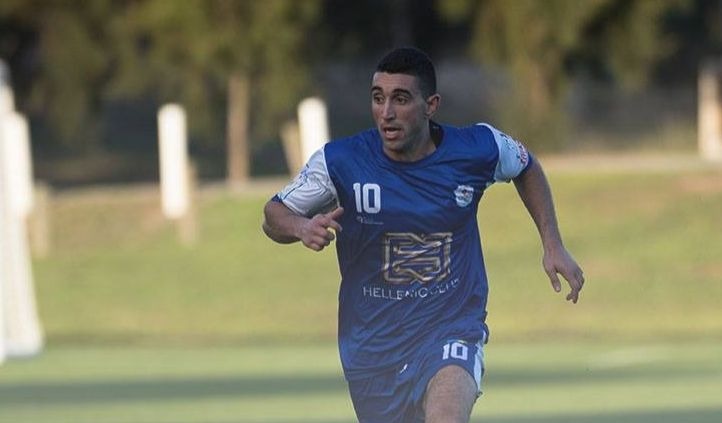 Olympic has gone through a fair bit of change, with Stephen Domenici leaving the club, but coach Frank Cachia believes the club has done well with replacing the prolific goal scorer. Photo: Supplied by Capital Football.

Despite losing significant players during the off-season, Canberra Olympic believes they have recruited well and now have their most balanced squad in the past five years, as they look to bounce back from last years grand final disappointment.

Olympic has gone through a drastic change to their squad, losing key players Stephen Domenici and Josh Gulevski, but coach Frank Cachia believes the club has done well with replacing the influential players.

Golden Boot winner Domenici and young gun Gulevski contributed 34 goals between them last year, making up over half of Olympic’s total during the regular season, but Cachia believes that the nucleus of the team will put them in good stead.

“We have been quite fortunate that we have kept the core of our squad. A number of boys have been there since I started, so a lot of them are in their fourth or the fifth year at the club, which gives us a lot of stability and helps us maintain the culture that we have developed at Olympic.”

Olympic has brought in a number of new players including Roko Strika, who has been training with the club since July last year and who Cachia believes will be one of the standout players in the league.

Former Tuggeranong players Nik Popovich and Nick Faust have also made a big impact on the Olympic side after signing this year, with Popovich earmarked to fill the big hole left from Domenici’s departure.

“Nik Popovich has hit the ground running after taking on Stephen Domenici’s role up front for us, and he has been on the scoreboard a couple of times already this preseason. I am looking forward to seeing how he develops over the season.”

“Domenici was a key point, and that was always the hard thing for us to replace, but I think we have done it in a more systemic way. Rather than bringing in a talisman, we have looked to spread out the load goalscoring wise and that has been evident in our preseason games. We have scored 13 odd goals in three games with eight different goal scorers so we are really pleased with that.”

Popovich and Faust will come up against their old side on Friday night when the first piece of silverware is up for grabs as Olympic take on Tuggeranong United in 2018 Charity Shield.

United coach Mitch Stevens believes that though the Charity Shield is an unofficial start to the season, both clubs will take it seriously with silverware on the line.

“This close to the start of the regular season, for us as a club to be facing Olympic at this time is perfect. They are the benchmark in the region and have been for a number of years now, so it is lovely to put a charitable event together with a bit of silverware against the best side.”