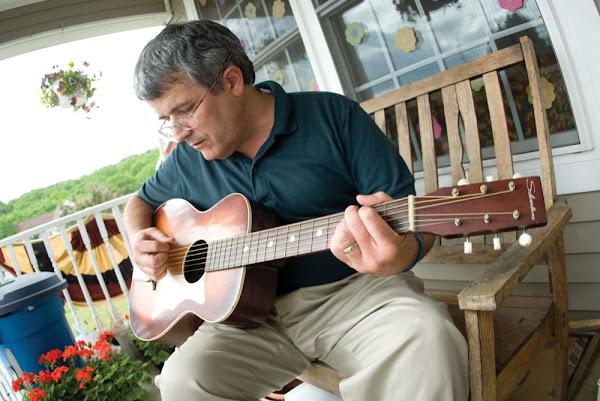 The Canberra Symphony Orchestra has announced a rather clever partnership with Cochlear to bring music to the hearing impaired:

Cochlear was approached to provide seed funding for a trial involving Better Hearing ACT and members of the SCIC Music Group who work specifically with people with Cochlear implants. Cochlear agreed and a group of musicians were organised through the CSO to produce a music program and delve deeper into how music is experienced by the hearing impaired. The musicians were asked to play individually to test the sound range of each instrument and play pieces that were familiar and unfamiliar in various combinations of instruments. The feedback that was received was invaluable to Cochlear.

“When I saw with my own eyes the sheer delight on the faces of those who shared in the program on that first day, I knew we had to find a way to make this program grow,” Isobel Griffin said. “Following that first trial, we invited participants in the music program at SCIC and members of Better Hearing ACT to experience a symphony performance. They loved it and the word got back to Cochlear.”

Shaun Hand, General Manager Australia and New Zealand, Cochlear Limited says, “Cochlear is proud to partner with the Canberra Symphony Orchestra to open up the world of music for our customers. Whether our customers play an instrument, attend live concerts or simply listen to their iPod, Cochlear understands the happiness that music can bring and we are dedicated to developing world leading solutions that can help to enhance their music enjoyment.”

The partnership will now involve the CSO holding specially programming interactive music performances four times a year for the hearing impaired in the Canberra region. The musicians will perform day and night time concerts making a total of eight performances throughout the year. The CSO is privileged to have the expertise of Kristen Sutcliffe, full- time audiologist and CSO bassoon player facilitating the program.

Jonathan Nicholl - 1 hour ago
Andrew Dale I work in a private business and now work mainly from home. Depends on the job I reckon View
chewy14 - 1 hour ago
Wow, For a party that is apparently against systemic discrimination, they sure do propose a lot of it.... View
Steven Campbell - 2 hours ago
If we lump all the actual work that get done by a public servant in a week. A one day work week will suffice. View
News 2

Marcel Bond - 4 hours ago
I don't know what the answer is...hell, when it comes to drugs I'm not even sure what the question is. But one thing I do kno... View
ssek - 8 hours ago
Is this bloke serious? “There is no more stigma that you can put on someone than calling them a criminal for something that... View
News 3

HiddenDragon - 5 hours ago
Interesting summary - thank you. The release of the letters on Bastille Day is doubtless a complete coincidence......... View
Stephen Saunders - 7 hours ago
Though the Palace was in the plot up to their eyeballs, Elizabeth and Charles "weren't told" on the actual day. No wonder Cha... View
Sport 1

A troop of former Australian War Memorial officials opposed to its controversial $500 million redevelopment will line up before a...
Food & Wine 51

@The_RiotACT @The_RiotACT
Crepe-lovers of Canberra, get excited because a new café dedicated to churning out crepe perfection has landed in Braddon https://t.co/xrGcJ8A4QN (4 hours ago)

@The_RiotACT @The_RiotACT
The ACT Greens have put women at the centre of their gender-recovery COVID-plan, focussing on a four-day work week and more work-from-home opportunities in the ACT Public Service, as well as gender weighting in criteria for funding or contracts https://t.co/RIpCqj1Dmj (6 hours ago)