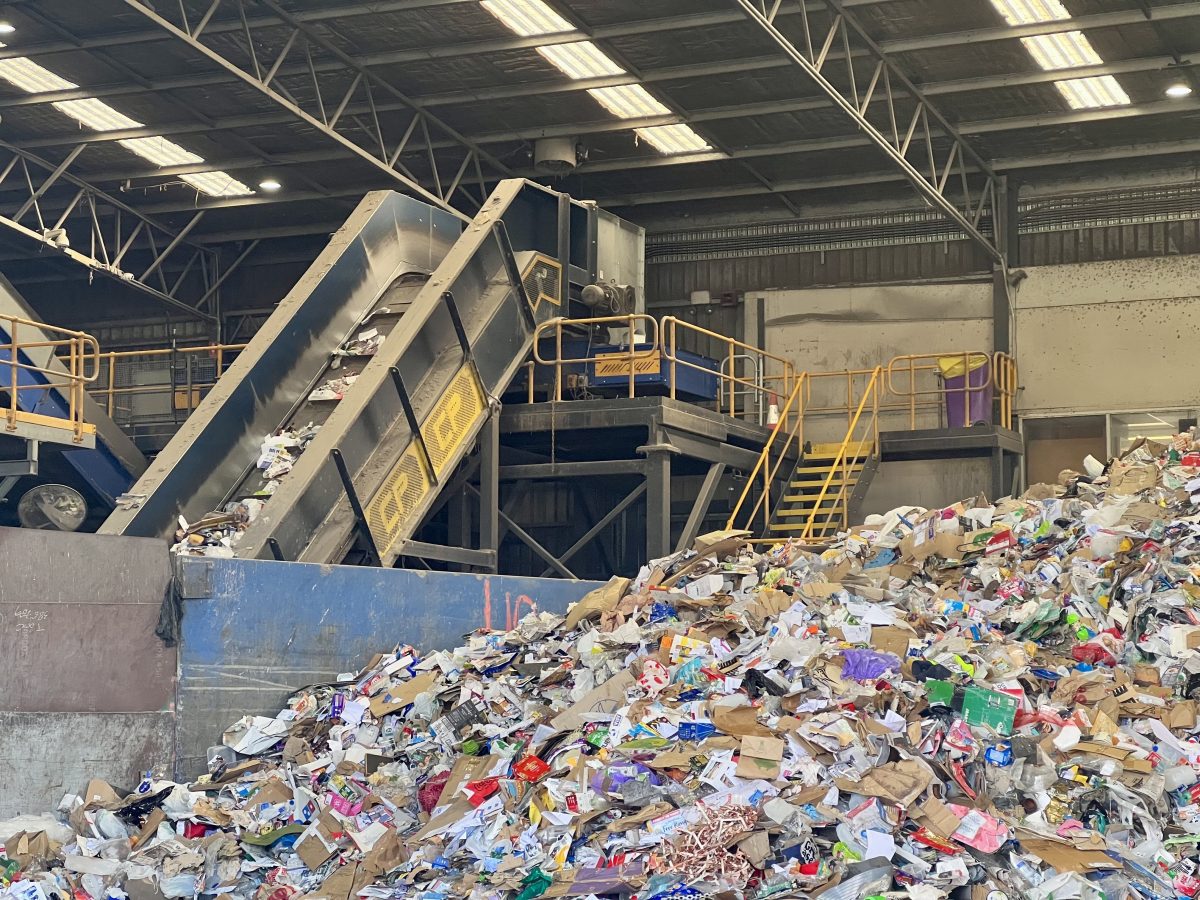 The Mugga Lane Resource Management Centre in Hume is the third-biggest source of emissions in the ACT, but rather than upgrade it on its mission for net-zero by 2045, the ACT Government has decided it makes more sense to start from scratch.

Two new-from-the-ground-up waste management facilities are coming to Hume, one to deal with recycling and another food and garden waste.

The Albanese Government is supplying $13 million of funding to build a new large-scale composting, or Food Organics and Garden Organics (FOGO), facility in the ACT. In partnership with the ACT Government, it is also supporting the construction of a major recycling facility.

Federal Minister for the Environment and Water Tanya Plibersek said the Government was committed to halving the amount of organic waste going to the country’s landfills by 2030.

“This not only keeps the value of our food waste in the Australian economy but also helps to reduce Australia’s greenhouse gas emissions,” she said.

“We will generate $401 million in value-add to the Australian economy, support up to 2700 additional jobs in the organics recycling industry, and avoid over two million tonnes of greenhouse gas emissions.

“That’s the same as taking nearly half a million cars off the road or planting more than 23.1 million trees.” 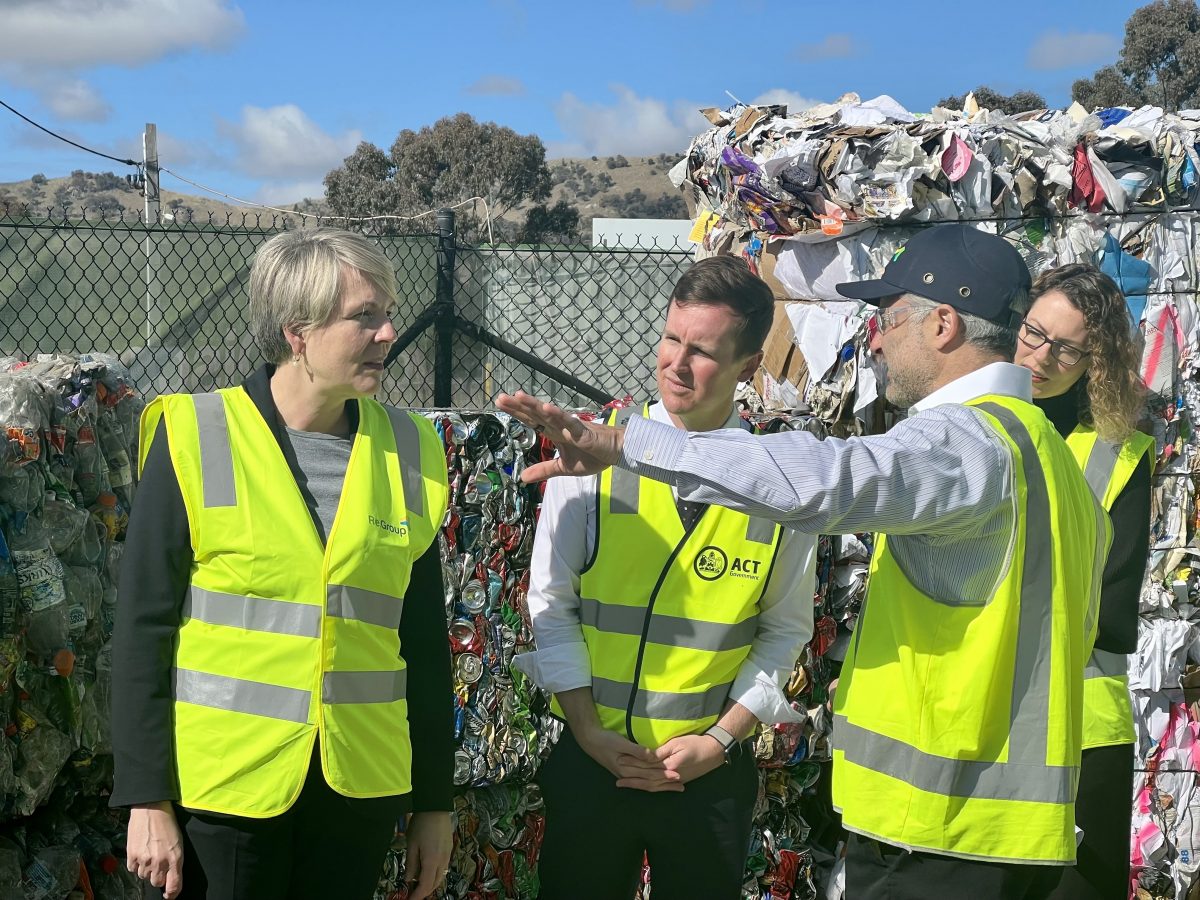 Federal Minister for the Environment and Water Tanya Plibersek and ACT Minister for Transport and City Services Chris Steel being shown the piles of recycling. Photo: James Coleman.

FOGO builds on a pilot program that ran in Belconnen from October last year. Residents of four suburbs had their lime-green-lidded bins go from only garden waste to all things FOGO. They were also given a kitchen caddy with compostable liners, as a convenient way to collect food scraps. The bins were then collected weekly.

ACT Minister for Transport and City Services Chris Steel said the pilot had been successful, collecting more than 1000 tonnes of organic waste.

“But a large-scale composting infrastructure is essential to enable FOGO collections to be expanded to every household in the ACT,” he said.

“Once built, Canberra’s food and garden waste will be collected in their green bin and recycled into nutrient-rich compost, cutting waste emissions by up to 30 per cent.”

The FOGO facility is said to process up to 50,000 tonnes – equivalent to the weight of 30,000 cars- of local organic waste a year, with the ability to go up to 70,000 tonnes. This will then be sold as soil for gardens across the ACT.

“This new facility is a central part of our plans to build our circular economy – turning food waste into valuable compost that can be used to improve the soils of our whole region,” Minister Steel said.

The ACT Government also announced a new Materials Recovery Facility (MRF) next to the existing Re.Group recycling centre at Hume. 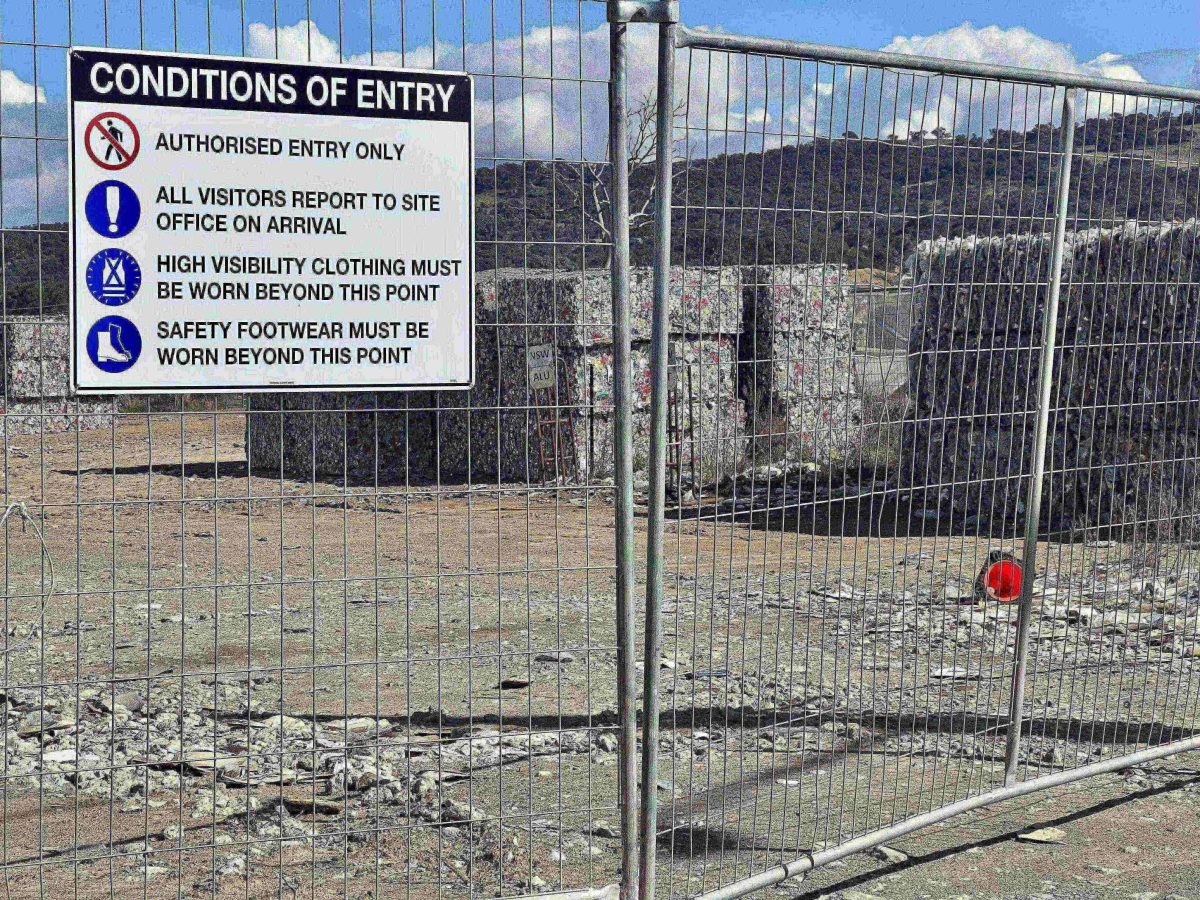 “Building a brand-new, modern MRF adjacent to the old facility will ensure the ACT has an entirely new state-of-the-art recycling infrastructure as our region grows,” Mr Steel said.

“It will improve safety and avoid the need to close the existing MRF during construction.”

An array of new screening and sorting technologies will process the whole of the city’s yellow-lid waste in an attempt to salvage as much as possible.

“By sorting the plastic, it eliminates the mixed-plastic stream, the only stream – under 5 per cent – that was going overseas for processing,” Minister Steel said.

“Now that we’ve banned that export, it’s critical we can process that material and sort it into different polymers so we have clean waste streams that will go on for remanufacturing.”

As for paper and cardboard, they will go on to the paper mill in Tumut. New glass-washing machines will ensure bottles and jars don’t go to waste either.

The ACT Government will seek industry partners to design, construct, maintain and operate the new FOGO and MRF facilities, with the first approach to market later this year.

But with design and construction expected to take 18 months, it will be a while before Canberra households are putting the FOGO bin out for collection.

About a week ago I received a note advising that extensions to the methane collectors at the tip would allow, for a short time, a rather sharp pong to escape.
I thought hell it must be going to be a stink and a half, as earlier complaints to government about pongy days were ignored.
But I guess its the norm these days, along with having to treat your drinking water coz it reeks, and don’t attend the hospital if you can help it.
But hell those trams look smart, very polished.

In Japan, they dispose of their garbage by burning it and use the heat to generate electricity. That makes a lot of sense. In furnace hot enough you can burn plastics pretty well etc and have stack scrubbers to remove soot etc. Seeing the huge stockpile in Sydney of recycled stuff they cant send to China, just smacks of a side show card game….

I get that some people are genuinely concerned for environmental stuff, and thats fine, go nuts, people applaud a passion for trying to do something possibly helpful.

But, unless you have the infrastructure and interest from companies to actually recycle things, its environmental tokenism at its best. And when it moves from touchy feely eco la la to removing my choice of what I use to heat my home, I have an issue with that, and we will push back.

What the MSM isnt covering is that in Holland under the guise of green policy, that 20% of farms will be shut down coz nitrogen ( nitrogen is ued to grow food – Doh! )
https://www.dutchnews.nl/news/2022/07/ministry-figures-suggest-29000-farms-could-be-hit-by-nitrogen-plans/

This ultimately will lead to food shortages at a time when europe is heading into winter and Holland produces a lot of food.

Add that to the lack of wheat from the Ukraine and Russia due to conflict, and Ireland is to start culling herds of cattle coz the fairy story of climate :

So if we dont rein in the unbalanced eco push soon, we will likely see food production affected here in Oz.

Glad I don’t live in the nearby suburbs that tend to be down wind…Macarthur, Fadden, Gilmore and parts of Chisholm when this thing is fully commissioned…Just adds to the toxic plumes coming from the proposed crematoria at the Southern Memorial Park.

Hold on a minute, just 2 years ago $21 million was earmarked to upgrade the existing MRF to improve plastic separation, wash glass and reduce contamination in the paper stream. Did that upgrade to the MRF go ahead, and if it did why does a new MRF need to be built so soon?
https://the-riotact.com/21-million-tech-boost-at-hume-to-mean-cleaner-better-recycling-for-region/389454

Well spotted nobody. Pity the Canberra Liberals didn’t see it first and ask the same question.

Everything old is new again. Didn’t you know new government’s had to reannounce old funding pledges?