Canberrans among those arrested during alleged unauthorised Sydney protests 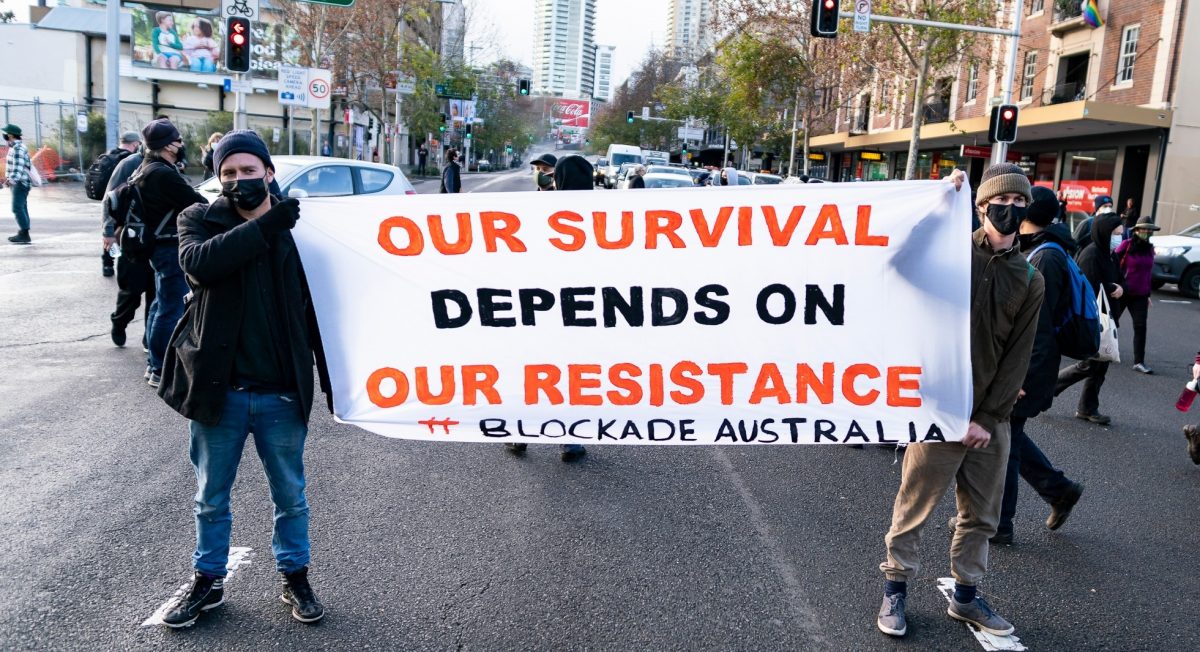 Two Canberrans are among 11 people arrested during the second day of allegedly unauthorised protests in the Sydney CBD.

At about 8:10 am on Tuesday (28 June), emergency services were called following reports a group of protesters were disrupting traffic at the intersection of William and Palmer streets in Woolloomooloo, just east of the Australia Museum.

Officers from Strike Force Guard arrested the protesters and moved them to a police custody bus for processing.

“The NSW Police Force makes no apologies for the arrests of individuals who are seeking to disrupt the livelihood of Sydneysiders going about their daily business, by engaging in unlawful behaviour,” he said.

“We have well-documented processes in place to facilitate lawful demonstrations, but when protesters choose to ignore those rules, we will act swiftly and take action to prevent those unlawful demonstrations from interfering with and disrupting traffic.

“While these illegal activities continue to take place, police will continue to disrupt and intervene with the actions of those who create significant safety risks to themselves and those around them. Community safety is our number one priority, and our officers will not tolerate those who think the law does not apply to them.”

Since the beginning of the operation, Strike Force Guard has arrested 32 people, with further charges expected to be laid.

Of the 11 people arrested on Tuesday, two were from Canberra, four from NSW, three from Victoria, one from QLD and one from Tasmania.

Nine were men and two women, with ages ranging from 23 years old to 74 years old.

A 27-year-old Ainslie man was charged with six offences:

The protests began on Monday (27 June) when a woman allegedly used a car to block the northern entrance of the Sydney Harbour tunnel during morning peak hour. It’s believed she then attached herself to the steering wheel using a bicycle lock.

Around the same time, police said a group of about 50 to 60 people, which they alleged were part of an unauthorised protest, walked on the streets of the Sydney CBD, interfering with the free flow of vehicles and pedestrians.

Ten of those protesters were arrested by police.

Climate action group Blockade Australia has claimed responsibility for the protests on their Facebook page.

Meanwhile at that other festival attended by environmentally conscious people:
https://www.radiox.co.uk/festivals/glastonbury/photos-site-rubbish-debris-aftermath-clean-up/

And Canberrans are supposed to be the best educated in the country?