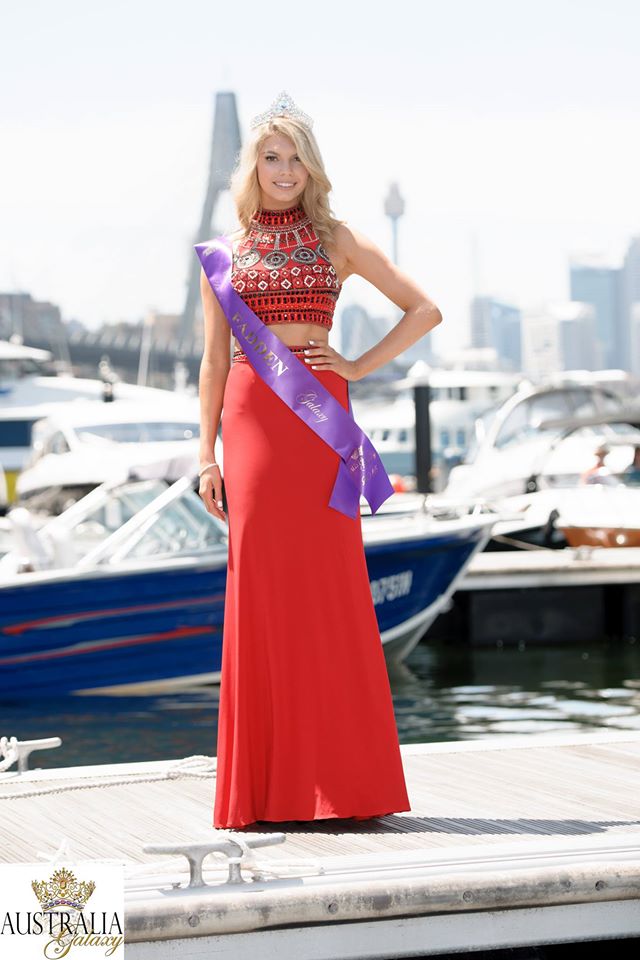 Aspiring Canberra model Chloe Granger will travel to the Gold Coast at the end of next month to represent New South Wales at the national Miss Teen Galaxy Australia finals. The 18-year-old has her sights set on winning the pageant and competing in the Miss Teen Galaxy international finals to be held in the United States later this year.

I admit that I’ve learned everything I know about pageants from watching Miss Congeniality and bingeing on back-to-back episodes of Toddlers & Tiaras. Chloe assures me that these quality movies and television shows don’t accurately portray what really goes down at beauty pageants – at least not in Australia.

“People think it’s all about how you look and that the other girls are really nasty, but charity work and interviews with the judges are a part of the competition too. In my experience, the other girls have been competitive but also nice,” she says.

While some girls are coached, Chloe says it’s not yet the norm in Australia.

“You can get pageant coaching, but by the time I entered Miss Teen Galaxy I’d already done a few pageants [she was a national finalist in the Miss Teen Australia pageant in 2013 and won the Miss Country Girl pageant in 2014] and felt confident on my own. When it comes to preparing I just focus on eating healthy and exercising. I get my hair done, that sort of thing,” she says.

She hopes that participating in beauty pageants will help launch her modelling career outside of Canberra. She lists Australian beauties Miranda Kerr and Jennifer Hawkins as models she’d like to emulate.

As a part of the Miss Teen Galaxy pageant, contestants are encouraged to raise money for either the Make a Wish Foundation or Wildlife Warriors. Chloe has selected the Make a Wish Foundation and will participate in a 12-hour endurance go-kart race at Powerkart Raceway on Friday 20 March alongside her dad and brother to raise funds for the charity.

Chloe’s fundraising target is $1000. She is also organising a raffle with prizes including a 12-month gym membership to Samsara Women’s Health Club, a modelling course with Victoria’s Models and a Power Kart Raceway race pack valued at $200. Tickets are available for sale from Power Kart Raceway in Fyshwick.

Philip Selmes - 37 minutes ago
Peter Gersbach yes, he's not French, is he? 😂... View
Carol Jordan - 10 hours ago
Robyn Holder this is to lead the recovery process not deal with the emergency. View
Peter Gersbach - 11 hours ago
Philip Selmes gall, not Gaul. The rest is OK. View
Community 3

Clare Elizabeth - 47 minutes ago
Brianna thought you might be interested View
Raelene Johnston - 1 hour ago
Christine Douch haha look familiar. View
Capital Retro - 2 hours ago
I just love that first image of dad and the kids and dogs on the Lanz Bulldog. From memory, those tractors had a single cylin... View
News 25