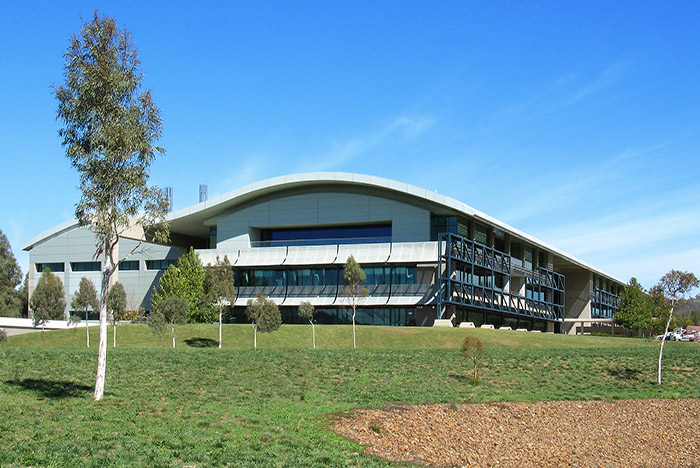 The sale of the Geoscience Australia headquarters in Symonston may break records. Photo: GA.

The innovative Geoscience Australia complex in Symonston is on the market and agents are tipping that it could bring more than $360 million.

German pension funds manager Real I.S. has appointed Colliers and JLL to handle the sale of the Geoscience Australia headquarters next month.

In a joint statement, Colliers and JLL said they would launch an International Expressions of Interest campaign for the sale of 101 Jerrabomberra Avenue.

They expect the 31,053 sqm property, where Geoscience Australia is the sole tenant, to attract significant national and international interest.

Geoscience Australia is Australia’s pre-eminent public sector geoscience organisation and is the Australian Government’s trusted advisor on the geology and geography of Australia.

A $15 million refurbishment of the complex including the fit-out of four levels and updating Greenstar and Nabers requirements, was completed in 2019.

The complex, which houses 1500 staff, is strategically located near Parliament and for collaboration with Australia’s top Earth sciences program at the Australian National University.

The site will be highly attractive for its long and secure lease, which runs until 2032.

READ ALSO Is the ACT at risk of an earthquake from the Lake George Fault?

Real I.S. bought the building from the Motor Trades Association of Australia Superannuation Fund in 2007 for $234 million.

The Commonwealth-funded building project was completed in December 1997, with Geoscience Australia occupying the site in January 1998.

Why sell something built for you then rent it back? Stupid

“Geoscience Australia is Australia’s pre-eminent public sector geoscience organisation and is the Australian Government’s trusted advisor on the geology and geography of Australia.” Apologies if I missed it but is foreign investment a consideration if Geoscience will still occupy the building after the sale?

So where will the Geo headquarters relocate if they are selling the building?

Liz Stephens they have the contract of lease running until 2032

My life of your grandfather helped build that..

So, what happens to Geoscience?

Kate Mccooly Geoscience will continue to be there, the current lease expires in 2032.

So let me get this straight. It’s a purpose built building that has had a single tenant in it for 25 years. According to an article posted elsewhere, it has guaranteed rental income until 2032 at $25 million per year. Previous owners spent $15 million on a refurb.
At a projected price of $360 million now, surely this would have been better in public ownership than lining the pockets of corporate Australia.
This is an incredibly bad deal for the taxpayer.

Tim Cole it may depend on what the money from the sale would be used for. If there are projects with a better opportunity cost, or may lead to better returns elsewhere, it may be the right time to sell.

I am not saying they should but I am sure they have a reason to sell if they can fetch a good price.

Matthew Beale agreed. My biggest gripe is why didn’t we build it and own it in the first place? We’ve paid more in rent so far than what the building was actually worth.

Tim Cole it comes down to cashflow. Why does someone rent for 10 years when they could have bought and paid off half their mortgage? Because they did not have an initial deposit.

If they had enough, and the fiscal budgets allowed for it, it would mean public funds were tied up in an asset. If they rented, the fiscals would look better each year and debt would be delayed.

Also time value of money impacts decisions. A dollar today is worth more than a dollar tomorrow.

Tim Cole – We did. The Commonwealth sold it during the Great Canberra Government Property sell-off!

It would be nice if the government bought it instead of paying for it many times over in rent.

The only reason you can make $100 Million profit on a building is the sheer value of the fat leases with their stupid ‘ratchet’ clauses where future increases are not only built in but fat beyond all reason because its the taxpayers who pick up the tab… The sale and lease-back of public infrastructure has been a major burden on tax dollars and robs development and services in other areas, we’re nothing but poorer for the short term gain…

This seems cheap in terms of area rates. GA building is worth $11k per sqm vs $5k per sqm for residential house price in Canberra.

More budget bottom line sell off public assets. This policy is bad economics and driven by bean counters. How has Commonwealth finances been improved by assets’ sales beyond the very short term benefit
to the budget bottom line!!!

But am I correct in assuming that GA stays on in this unique building? If so, we can also safely assume that the new owner will benefit more than the taxpayer. 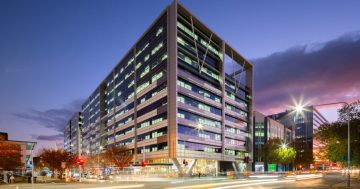 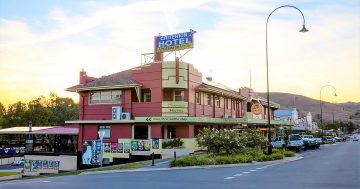 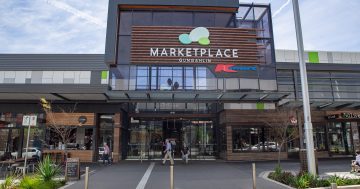