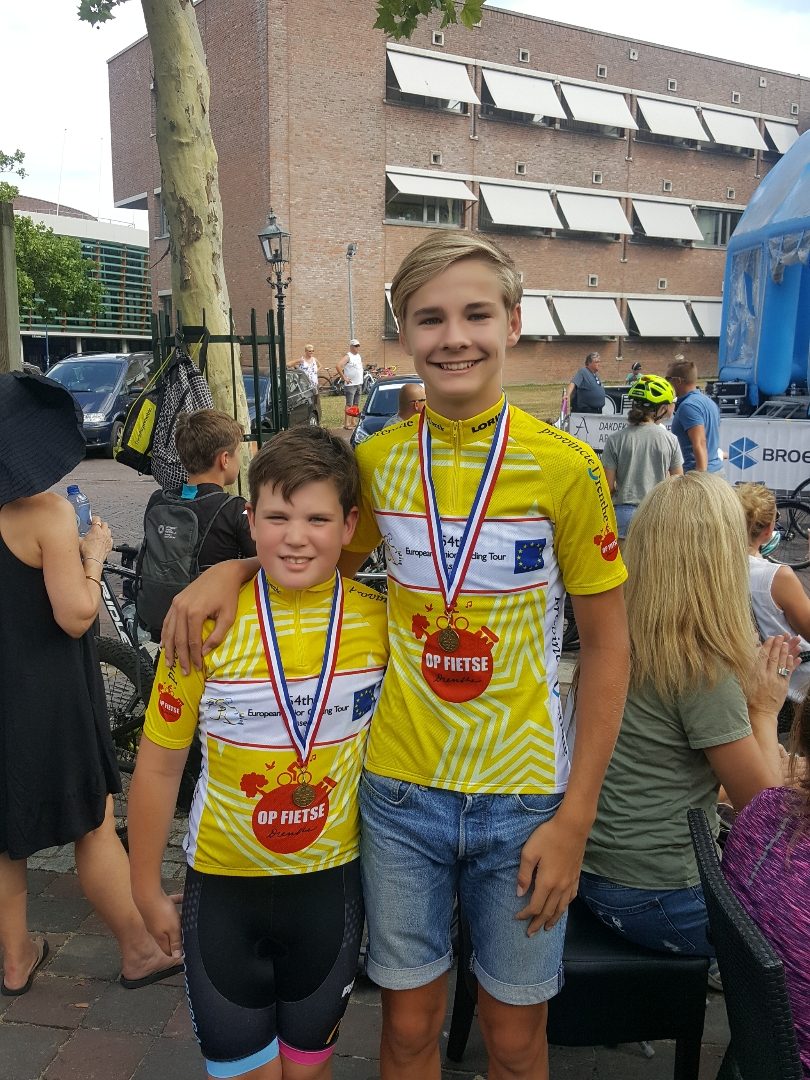 As Canberra’s Michael Matthews prepares to reflect on this year’s Tour de France, the next generation of ACT cyclists are preparing to make an impact on the sport.

In their age groups they are already close to being the best in the world.

Last year, Max Lundy became the first Australian to win at any age category in the European Junior Tour in the Netherlands. According to those who have covered the six-day race, it’s about as serious as kids’ cycle racing gets anywhere in the world for competitors between the ages of five to 18 years. 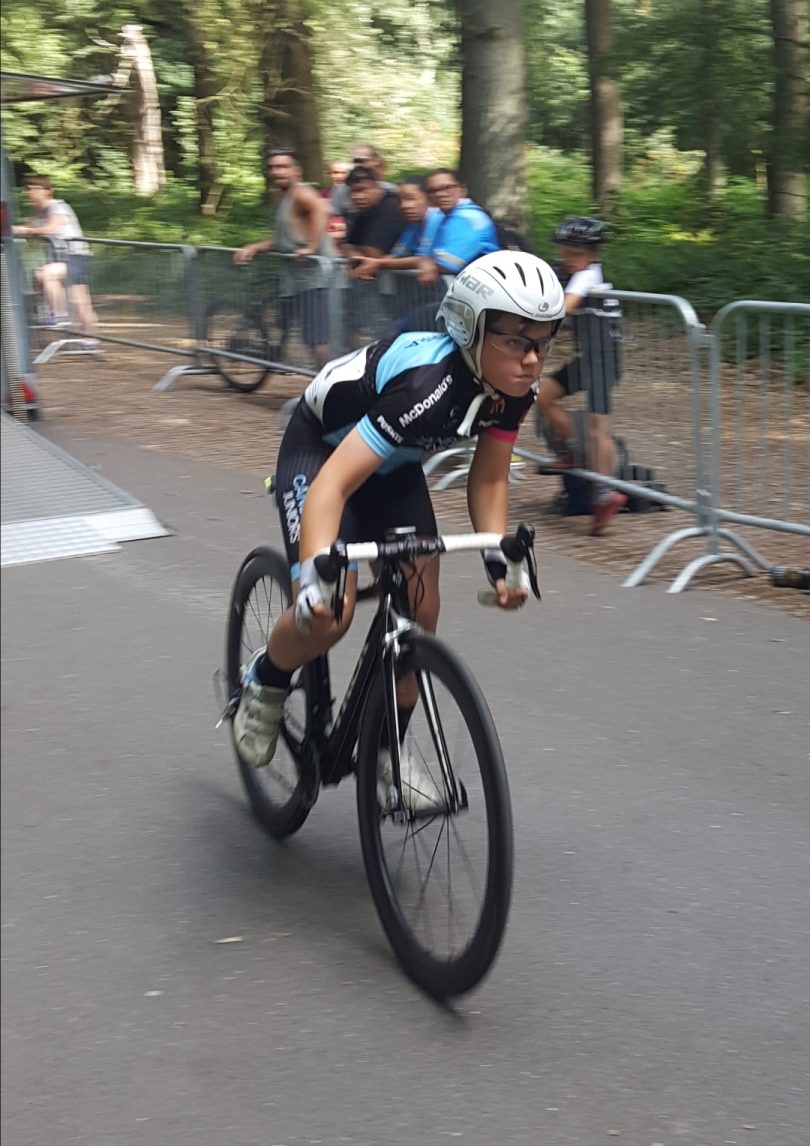 Max was competing in the under-nine category. He won two stages and needed to finish in the top eight on the final day. He came home in fifth position to secure the title, holding it together under extreme pressure.

Also racing in the under 13s was fellow Canberra cyclist, Oscar Chamberlain. Oscar finished second in the general classification, having won the white and green jerseys.

Oscar had the yellow leader’s jersey in 2017, but crashed and broke his arm.

Now as a 14-year-old, if nothing else, the experiences of the past two European campaigns have made him even more determined. His training load jumped to an average of 200 kilometres a week on the road.

Oscar also competes on the track. At last year’s track nationals, he medalled in every event.

Max as a ten-year-old averages around 100 kilometres on the road each week, in combination with track and Mountain Biking and rugby union with the Gungahlin Eagles. He started competing at the age of seven in both road and track. His trophy cabinet is practically overflowing, having won the Canberra Junior Tour, Goulburn Junior Tour, Sydney Junior Tour, the Illawarra Junior Tour and multiple track carnivals.

Max was recently beaten for the first time in a Junior Tour in Australia by Queensland’s Michael Rossiter. This has spurred him on to train even harder. 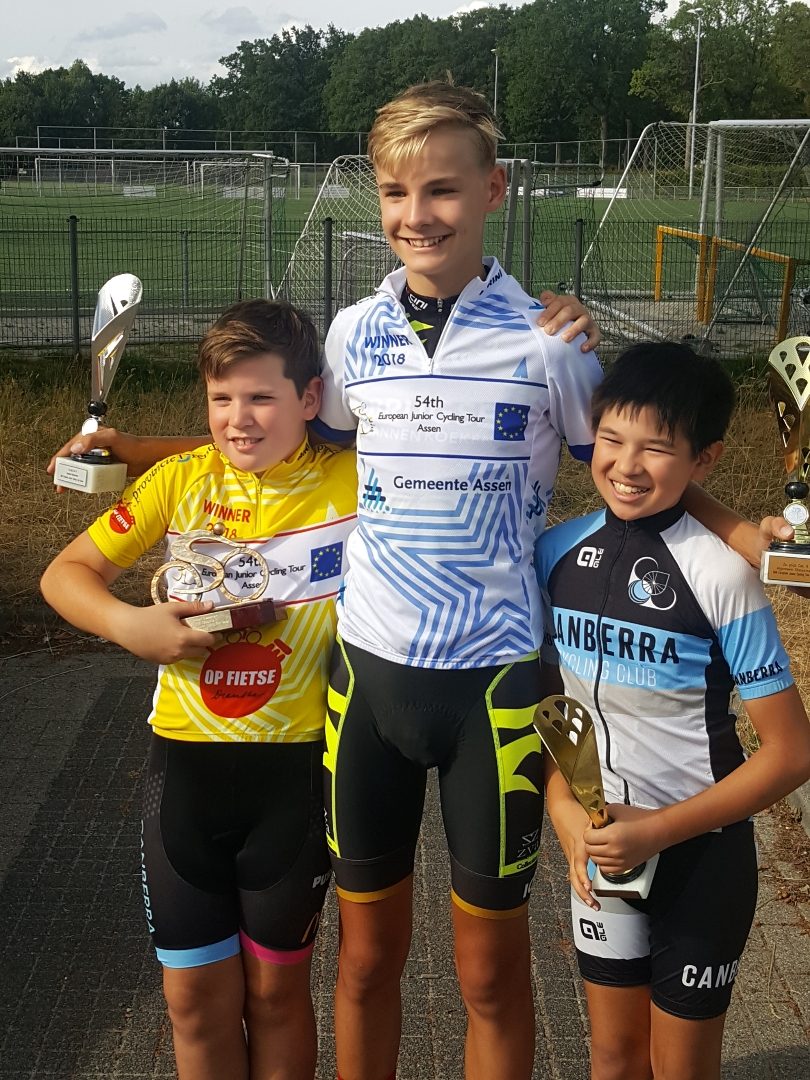 Max and Oscar are part of the next wave of young Canberrans in men’s cycling, with others to watch out for including Harry Jones and Sebastian Beitzel.

Inspired by the current generation of male road cyclists comprising Matthews, Rory Sutherland, Mathew Hayman and Nathan Haas, these up-and-coming cyclists are sure to be Tour de France contenders in the future.

Julie Macklin - 39 minutes ago
The reason that demand isn't there, is that train tickets for anyone who isn't a senior, are much more expensive than bus tic... View
Avril Pounds - 2 hours ago
I think Jolimont needs a face lift. Barely changed in 30+ years.... View
Philip Vels - 3 hours ago
1.5 hour bullet train to Sydney when? 😴😴😴 Australia sucks at infrastructure. Hire the Japanese! View
News 22

Nola Scheele - 47 minutes ago
I think there were too many onlookers and he was scared, that might have been why he was jumping back in. Well done to the re... View
Josie Conlan - 3 hours ago
What a beautiful act of care an kindness... View
Kate Philps - 5 hours ago
Shaunee Robb aw poor little skippy... View
Community 64

Carl Ostermann - 3 hours ago
In the nineties, it was adventurous gnomes sending their owners... postcards from all over the world View
Opinion 186

Barbara Boswell - 3 hours ago
Definitely hope so. Love V8s.... View
Dale Brittain - 4 hours ago
Choco Munday i experienced them first hand. I understand what you are saying View
Choco Munday - 4 hours ago
Um....no. The green lobbyists had the ear of government then, and they will oppose this now, even more fervently. The inner c... View
News 33

Jim Cox - 4 hours ago
Businesses should be able provide a safe environment for both their staff and patrons. Bring it on. View
whatwik - 5 hours ago
Confidently guessing the overwhelming majority of us will read that as human rights for those who are vaccinated/ doing the r... View
News 33

thatsnotmyname - 4 hours ago
With the growing population bigger is better. Shame this will need to be scaled back! build it I say. View
James Vetos - 5 hours ago
This is what's wrong with the system. No one in Yarralumla can see this development. The only time would be if you drive past... View
Opinion 3

David Anderson - 5 hours ago
No respect for your elders you young punks..🤠 View
Property 26

Canberra needs a new multi-modal public transport hub with connections to the Parliamentary Zone and the city and beyond to...
News 33

@The_RiotACT @The_RiotACT
Easily accessible on the edge of Canberra's northeastern suburbs, Mulligans Flat Woodland Sanctuary is a popular refuge for walkers keen to spot an echidna or three https://t.co/8g9q2757Yv (4 hours ago)

@The_RiotACT @The_RiotACT
Some of your favourite eateries are still churning out the #classics, and as Michelle Taylor discovered, some have become a bit more creative during #Lockdown 2.0 https://t.co/yE0hmPi0IC (5 hours ago)

@The_RiotACT @The_RiotACT
Do you have stories about our town? @thecanberrapage is looking for your photos and ideas about our shared history https://t.co/CI1KWafSmR (6 hours ago)