Canberra’s neighbourhood conflicts: Fences, noise, trees and being too scared to talk 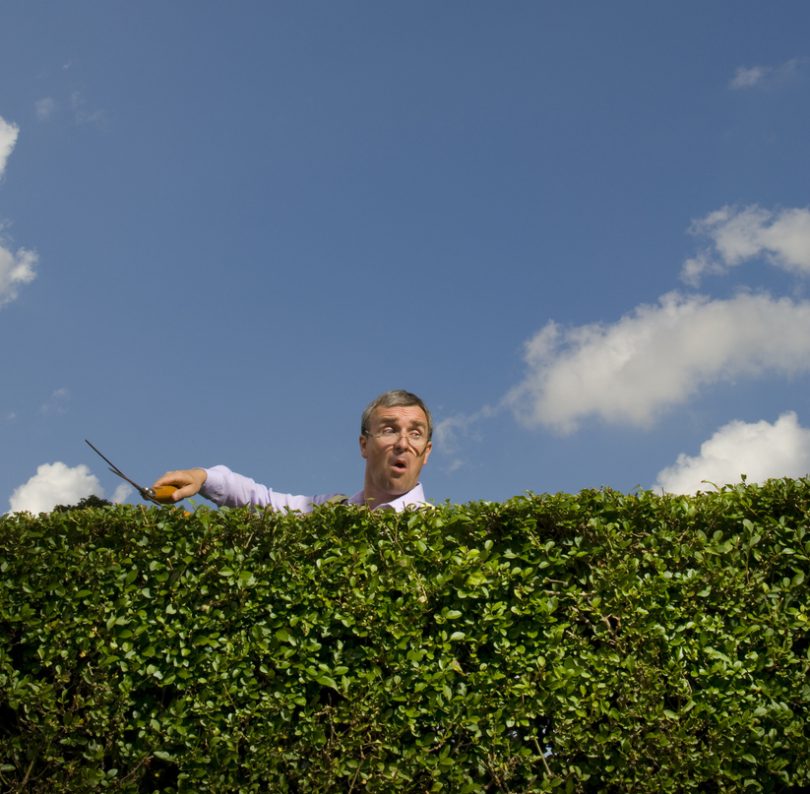 ‘Love thy neighbour’: here are the top reasons for neighbour disputes in Canberra.

Looking to knock down the side timber fence and replace it with Colorbond? Concerned about the loud music coming from next door at 4 am? Worried about that ugly tree overhanging your fence?

Welcome to the world of neighbourhood disputes in Canberra where any one of these things and many more could lead to an argument with people there’s often no escaping.

According to the ACT’s Conflict Resolution Service (CRS), fences are the number one cause of disputes between neighbours in the territory – making up 159 out of the 1100 enquiries – or 14.5 per cent – they received about issues relating to neighbours in the 2017-18 financial year.

These disputes often involve debates over repairing a fence or the need to erect a new one, or over fence boundaries such as a fence line not matching up to what is shown on plans.

Coming in second at 142 of the issues raised – or 12.9 per cent – was an inability to communicate with a neighbour about matters of concern, such as loud music or thumping coming from a house at strange hours.

CRS chief executive officer Mel Haley said that people with these concerns often feel threatened or intimidated but have never actually met their neighbour and don’t know their name or anything about them.

“They are too scared to talk to their neighbour but they need to make contact,” said Ms Haley.

“Don’t always assume your neighbour is aware of your concerns, often they are not aware and it is a simple misunderstanding.”

Ms Haley said these situations are worsening with the increasing numbers of apartments and townhouses going up around Canberra.

She gave the example of children living on the third floor jumping up and down and making noise after returning from school and this negatively impacting the elderly couple living beneath them.

The third biggest reason for people to contact the CRS in relation to neighbours was in order to seek advice on what they can or can’t say to them. This was the reason behind 85 of the 1100 enquiries or 7.7 per cent.

“It is usually relating to tree, shrub or plant nuisances or noise nuisances,” said Ms Haley.

“Can I cut the branches off if they’re coming into my yard? People will put a drill through a fence and poison a plant.”

Ms Haley said these kinds of neighbourhood complaints also often relate to animals, such as barking dogs and also chickens or birds.

Neighbourhood disputes often relate to animals such as barking dogs.

Ms Haley said the CRS recommends people try to get to know their neighbours and to realise that this will make their home life so much better.

“We really encourage people to see neighbours as allies not enemies,” she said.

“Having a relationship with a neighbour reduces the need for conflict. Being able to discuss a concern before escalating will always have better results.”

Ms Haley said there are lots of good tips for resolving neighbourhood disputes on the CRS website (click here) but if the conflict has escalated then it’s good to get in touch with the CRS to help bring the parties together to resolve it.

“In over 90 per cent of situations neighbours who were once fighting and couldn’t be near each other, walk out together with a shared understanding of each other’s concerns and have reached an outcome that sees everyone living harmoniously,” Ms Haley said.

“All the time we hear ‘Oh I’m so sorry, I wasn’t aware that was happening or that you thought that, I feel so terrible’.”

Today, March 31, is National Neighbours Day, where a key theme is also the importance of getting to know your neighbours. However, the focus for today is doing this in order to help tackle loneliness, particularly for the elderly and vulnerable.

Below is an ACT Government video about the day and the value of saying hello to your neighbour.

The latent and major conflict that exists all of Canberra is politics.

With Labor and conservative voters almost in the same numbers it is impossible to chance discussion about anything with your neighbour. Even mentioning the weather (it’s a nice day, for example) is excuse enough to get the left-aligned warmists going.

Social get togethers are like walking on egg-shells given that there are so many people likely to be offended – usually on an absent someone else’s behalf. You have to operate two barbecues also, one for the vegans and the other for radicalised meat eaters.

Well all these units will fix issues with trees and fences !! Lol

What we need are stronger laws regarding neighbours harassing other neighbours. And better mental healthcare facilities for aggressive unstable people who enjoy causing distress.

Every time we approach neighbours regarding a barking dog we are told to ‘F” off and the door slammed in our face. We recently approached a neighbour who badly damaged a fence with an industrial digger. He snapped “I”ll fix it” went inside and we have seen and heard nothing since. A low priority for him.

maybe its time for the council to clear up the rules, and make everyone aware? 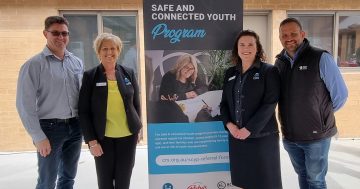