Canberra’s Nick Delatovic: The most left-field contender for a place on the Olympic wrestling team 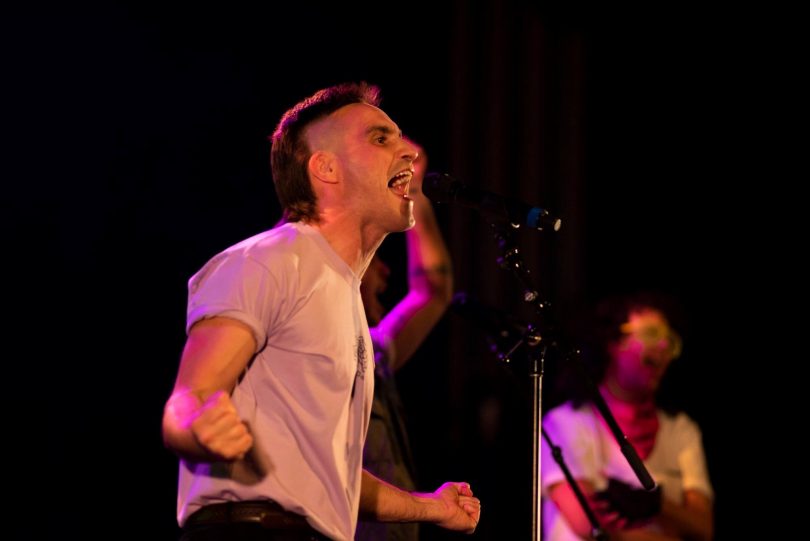 Nick Delatovic says he has learned to try for absurd long shots. None, it would appear, as being longer than to represent Australia in wrestling at next year’s Tokyo Olympic Games.

What makes this story unique is the fact that Nick only took up the sport when he was 23 years old, an age when most people in wrestling are contemplating retirement.

To further emphasise the unusual nature of this story, Nick was out of shape. He was working as a kitchen hand and performing in a number of bands when, as he recalls, “I was dragged along to a wrestling class at the former PCYC in Charnwood.”

He was hooked. Now at the age of almost 37 years, which he describes as, “comically old in this sport,” and 25 kilos lighter than when he started, he is in contention to qualify for the Olympics.

He won the National Title in 2018, and earlier this year, won silver at the Oceania Championships in Guam. 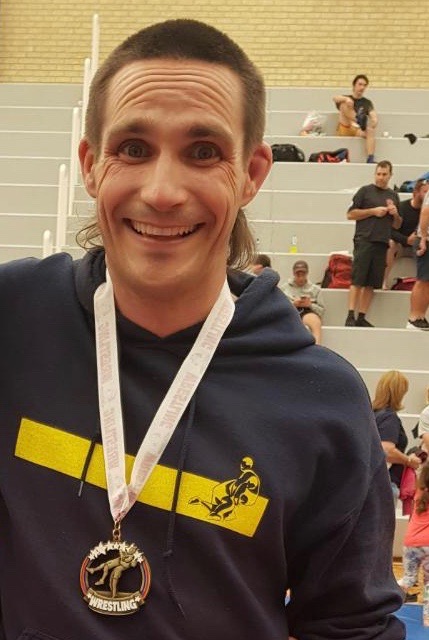 He will be 38 years of age by the time the Olympics comes around next year. But for Nick, “The Olympics are a dream; an absurd long shot.”

Not unfamiliar territory for the wrestling champ. On moving to Canberra as a 19-year-old, he talked his way into a band as a saxophone player, despite not really knowing how to play saxophone. He says he saw it as a way of making friends.

It would prove to be life-changing, with music emerging as more than just a creative outlet.

In 2004 he graduated from the University of Canberra with a Bachelors degree in Creative Writing under his belt, which, he says, helped him to write songs.

One song he recently wrote was about the suburb of Braddon. Not an usual topic for a song, but the composition won a medal at Canbeurovision 2019.

“I was determined to write the definitive song about Braddon,” says Nick, whose lyrics poked gentle fun at the “gentrified hipster lifestyle” that he himself claims to live.

However, Nick Delatovic’s involvement in the Canberra music scene amounts to more than writing songs about the inner-north. He is heavily involved in ‘You are Here,’ Canberra’s experimental arts development organisation, running the organisation’s artists’ development programs.

He has also been the lead singer of Canberra electro punk band Babyfreeze for ten years, whilst working as a strength and conditioning coach and training for his Olympic aspirations.

It appears he thrives on multi-tasking. But the unusual blend of music and sport has a reasoning behind it. As Nick explains, “For me, both are about trying to solve the unsolvable.”

If he doesn’t make it to the Olympics he has plenty of options. If he does make it, it could quite possibly be one of the more interesting back-stories of the Games.