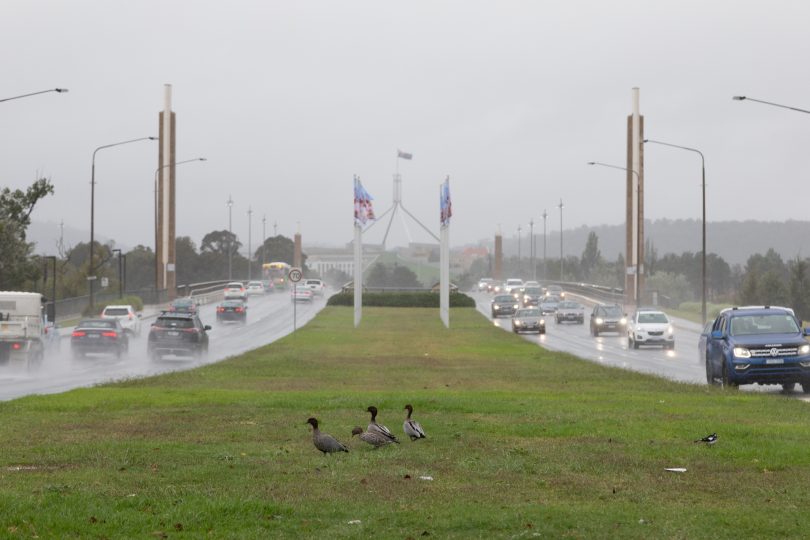 It’s finally official: this October has been Canberra’s wettest since records began in 1939.

The previous record was from 1976, when the Capital recorded 161 millimetres of rain.

But Weatherzone’s Anthony Sharwood said the sudden shower in the afternoon was the final burst needed to tip the rain gauge over the line.

“[That] heavy burst of rain during the early afternoon delivered 3.4 mm by 3 pm,” he said.

“That brought the monthly tally for October to a record 163.4 mm.”

READ ALSO Why is diesel so eye-wateringly expensive at the moment? Well, it’s kinda complicated

On average, October was the city’s second-wettest month, with an average rainfall of 62.4 mm.

This meant we were tracking towards tripling the monthly average.

Mr Sharwood also pointed out Canberra’s rainfall for 2022 was sitting at 742.4 mm as of 4 pm on Thursday.

“The long-term annual average rainfall is 615.4 mm, so Canberra is again looking at a much wetter year than usual,” he said.

A further shower was on the forecast for today (29 October), with the potential of a thunderstorm come the last day of October on Monday. 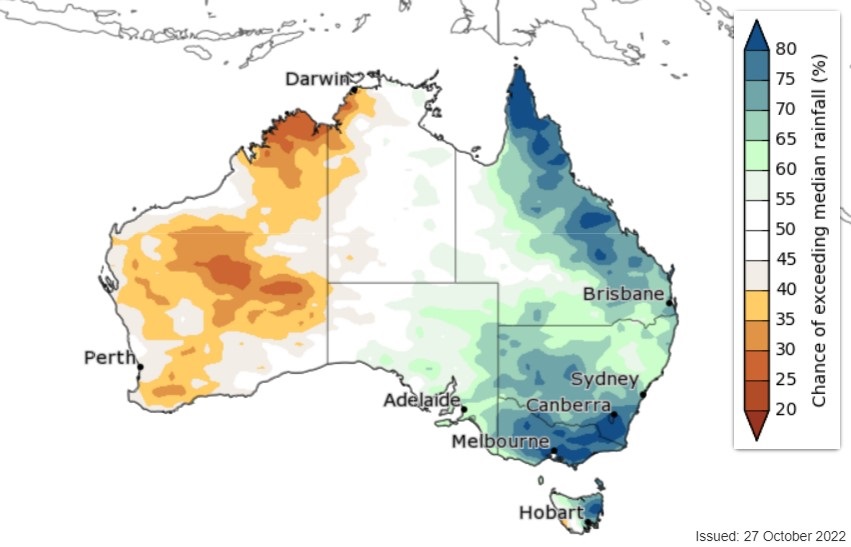 Chance of above median rainfall over the next three months, from November to January. Photo: BoM.

Meanwhile, the Bureau of Meteorology has released its latest three-month climate outlook for the country, with more rain on the horizon.

“Rainfall is likely to be above median for most of eastern Australia, with the highest probabilities occurring in November,” the outlook said.

“For the fortnight 31 October to 13 November, above median rainfall is likely for most of eastern Australia. This increases to very likely for northeast and far southeast parts of the mainland.”

Below median daytime temperatures were likely for most of NSW, particularly in eastern parts.

It was all down to a number of weather drivers.

“Several climate drivers are contributing to this wet outlook, including La Niña, a negative Indian Ocean Dipole, an expected positive phase of the Southern Annular Mode for most of November and December, and warmer waters around Australia,” the BoM said.

“The Madden–Julian Oscillation may also contribute to wetter conditions for eastern parts of Australia over the next fortnight.”