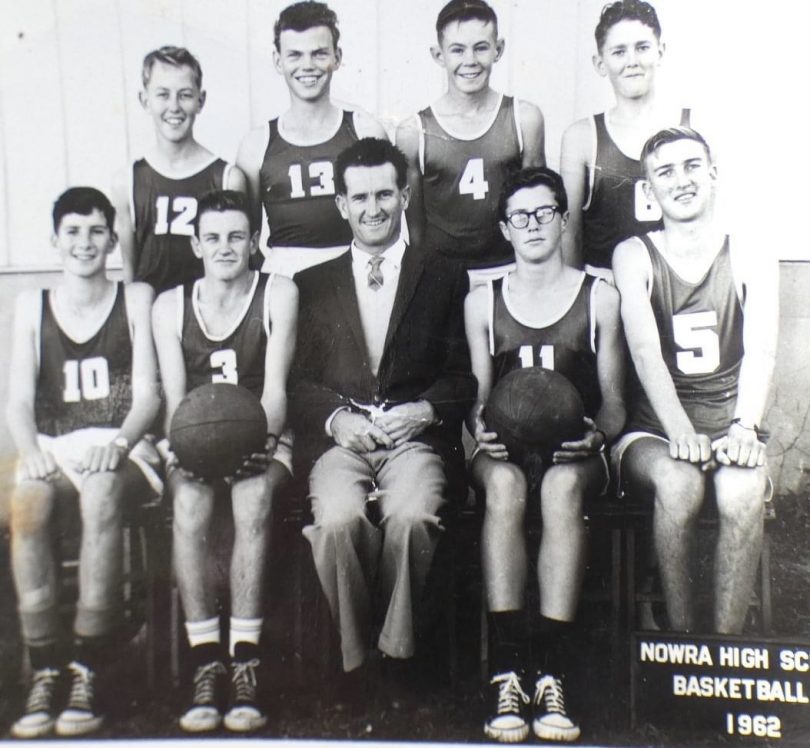 Top sports commentators have the ability to instil confidence in their audience with an element of familiarity and trust.

In a storied career, Phil Lynch successfully navigated his way to become the ‘voice of basketball’ in Australia through his commentary of the national leagues, four Olympic Games, three World Championships, and two Commonwealth Games.

Phil was effectively a pioneer in Australian basketball commentary on television as he brought the NBL to life from the outset in 1979. He had the ability to not only provide insight into the sport through his commentary, but to provide a verbal picture with his smooth delivery and confidence. This made him one of the best in his craft.

Phil had the advantage of plenty of experience as an elite basketball player prior to becoming a commentator.

When he was 12 years of age at Nowra High School, on the advice of his sister he took up the sport that was to become a major part of his life. The reason his sister felt that Phil should play basketball was simply because he is tall.

Nowra had a strong basketball culture, largely due to the fact it had a gym – a rarity south of Wollongong at the time. His first coach was Peter O’Connor, father of rugby union and rugby league international Michael O’Connor.

Phil thrived and was recruited to Newcastle by then Australian coach Dr John Raschke. From there he made the NSW team, and then the Australian squad. 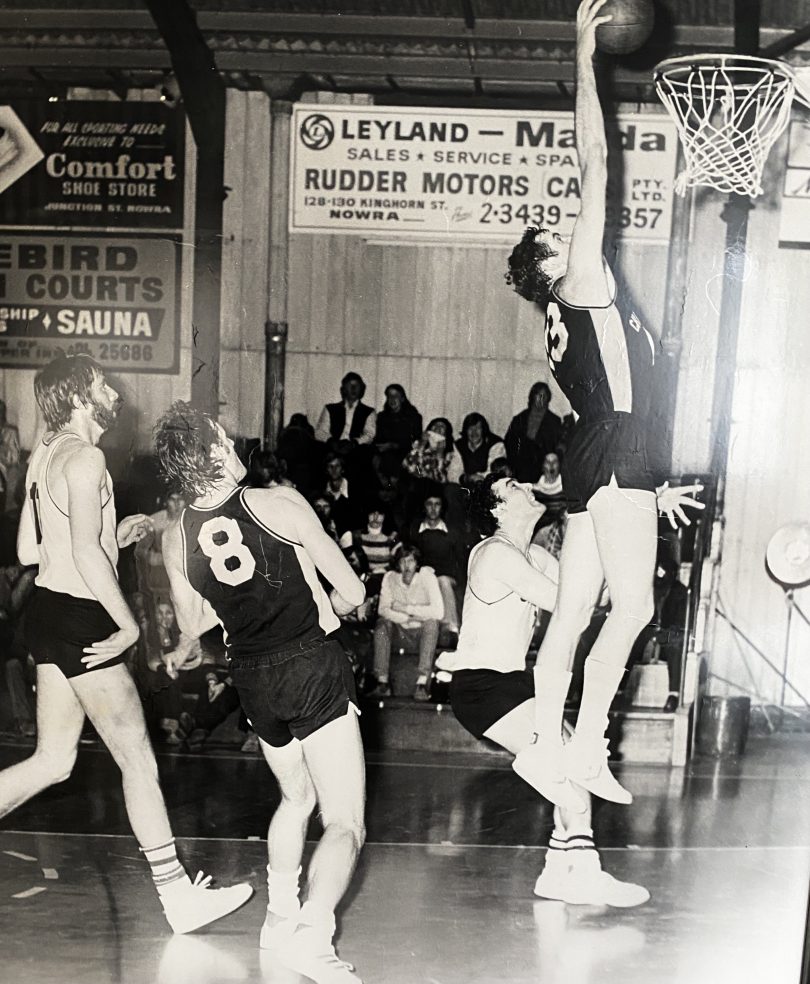 Phil was a controversial omission from the Australian team for the 1972 Munich Olympics, which was dominated by players from Victoria.

“I never really considered myself as an Australian player because I didn’t play at the Olympics or the World Championships,” says Phil.

Six years later, he retired from basketball, and soon after a career in television sports commentary was launched.

“I fell into commentary,” says Phil. “I was guest speaking at a function in Kiama in 1979. In the audience was an executive from WIN Television in Wollongong. He asked me if I was interested in commentating the NBL, which had just been launched.

“I started commentating the NBL for WIN in 1979 until they dropped all outside broadcasts in 1981.”

Phil had plenty happening at this time. He owned a sports store in Nowra, was a part-time sports editor at radio station 2ST, and was writing for the local paper.

By 1983, he was back commentating the NBL. This time, the focus was on Canberra Cannons’ games for Capital 7.

Phil remembers the time it took to undertake this task.

“I was commuting back and forth to Canberra from my home at Bomaderry,” he says. 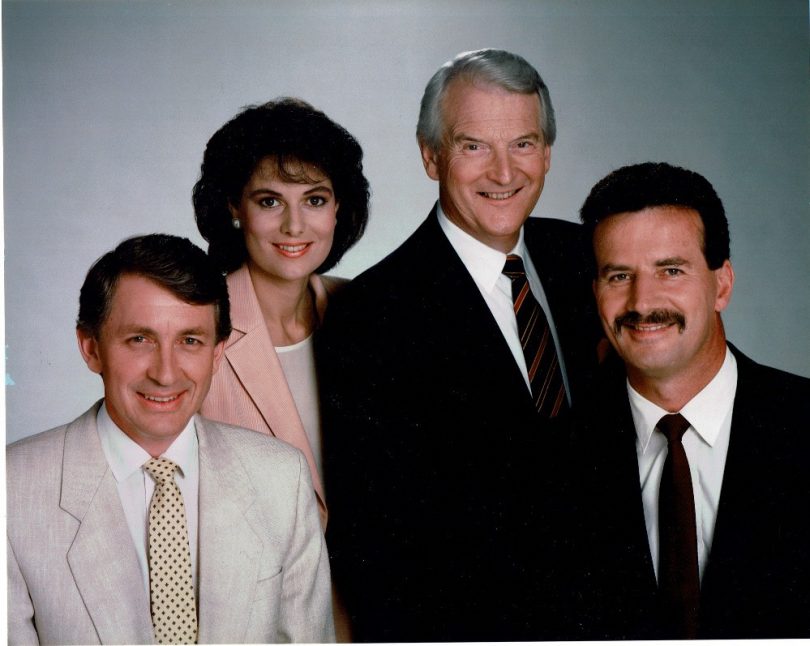 But it was well worth the effort due to his love of basketball. Plus, it also led to his call-up for the first of four Olympic Games as a basketball commentator, in 1984 at the Los Angeles Games.

Phil eventually moved to Canberra in 1987 to work for radio station 2CC. He was the announcer on the 8:00 pm to midnight shift. At the time, 2CC was by far and away the most dominant station in the Canberra radio market.

Phil was effectively working two jobs: Capital 7 during the day and 2CC at night. This changed just before the 1988 Seoul Olympic Games, when he moved to Prime Television in Canberra as its sports editor.

Phil also commentated at the 1996 Atlanta Olympics and 2000 Sydney Olympics.

The 1996 Olympic Games provided him with a career highlight.

“I was commentating a game involving the US men’s team, and at half-time Muhammad Ali walked onto the floor to receive a replacement gold medal for the one he threw into [Ohio River] after the 1960 Olympics,” says Phil.

“It was a surreal moment made even more so by the US players rushing out of their dressing room to savour the moment and embrace him. Ali was shaking with Parkinson’s disease.” 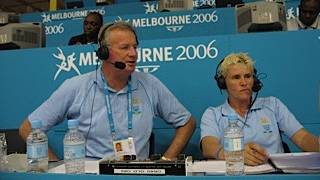 Phil had a chance to commentate at the 2012 London Olympics from a studio back in Australia in a similar way to much of the Seven Network’s coverage of the upcoming Tokyo Games.

“They asked me to do it from Melbourne and I said no,” says Phil.

Commentating off television, or ‘off tube’, as it’s commonly known takes away the essence of being in the moment and the complete atmosphere offered by live sport. Off tube is more business-like and emotionless.

Phil’s reluctance to commentate the Olympics from a studio 17,000km away from the event is understandable.

Now at 73 years of age he has well and truly stepped back from the rigours of commentary, but his legacy as one of the pioneers of television basketball commentary in this country remains.

They make you sound so good Phil Lynch; and you are congratulation on your whole career and all the charity work you done for the shoalhaven!

I can remember doing a sports award night with Phil Lynch. With me at 5′ 3″, standing next to Phil it was quite the sight.

The Australian basketball team in the 1972 Munich Olympics. I vaguely remember that game.

Australia was playing the US dream team in the final for the gold medal and the game was drawn at the end of time. The umpire then decided that Australia would incur a two second penalty. The game was restarted and in that two seconds the Americans scored a goal and won the gold-medal.

I always thought there was something dodgy about that, and I never trusted the US dream team ever again.

Reminds me of the Tony Madigan – Cassius Clay boxing match result at the Rome Olympics.

John, I think the game you are thinking of was the USA v Soviet Union gold medal game.

A lovely person always and a great contributor to sport in Canberra.

Super professional, all round great person.

I remember him playing basketball in Newcastle … he was great to watch.

Let’s not forget all the charity work Phil has done as an MC and auctioneer. Thank you Phil.

Great article about a great bloke!

I wish Ch7 had him now. The bloke doing the Boomers v Nigeria game on the app is terrible.

Mark Monterosso about as much enthusiasm as water running uphill.

One of the nicest and most professional blokes I have ever worked with. Phil Lynch it was a wonderdul experience producing our doco with you. Looove that moustache BTW. ❤❤ 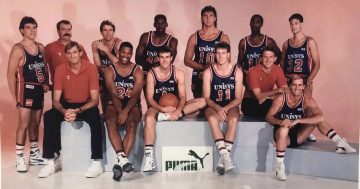