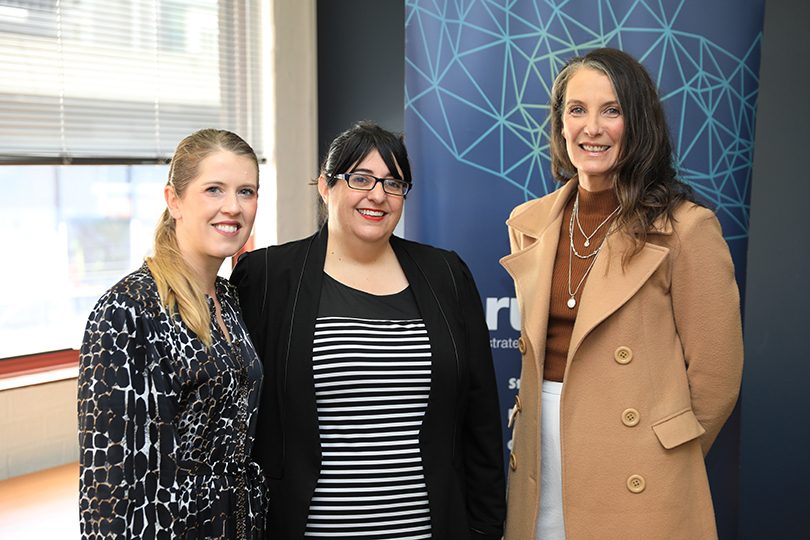 Twenty five years ago, a group of Canberra women had a good idea to create an organisation founded by women and run solely for women to provide support and development opportunities for businesswomen in the Canberra region.

“There were not a lot of options for women in business in 1992,” says CWB president Maryann Gore.

The founders were members of the Canberra Business Chamber but they recognised a need to create specific women’s networks and support systems, especially for people in male dominated businesses.

Do you know a woman who's made an outstanding achievement in business? The Canberra Women in Business – CWB Awards are open now, and Genevieve Jacobs talked to three high achieving Canberra women about the CWB network of support.

For more than quarter of a century, there have been a lot of reasons for CWB to celebrate, including the annual Canberra Business Woman of the Year awards.

The awards were first held 12 years ago and are designed to further the CWB agenda by encouraging, acknowledging and rewarding the contributions made by women in small-to-medium business. Nominations for the 2020 awards opened this week.

Maryann says many women have applied and benefitted from the awards process.

“When people enter, they really grow in confidence,” she says. “You can almost see them grow another foot. It’s the process of reflecting on their achievements and understanding how much they have actually achieved.”

In 2019, CWB significantly expanded its categories, including awards for Indigenous business woman of the year, social impact and innovation. These categories remain in 2020 although COVID-19 has slimmed down the awards’ scale.

“This year, our focus is on the business women, young women and small businesses with less than 20 employees,” says Maryann. “The social impact category is for people who don’t work for a profit-making business but in social areas where there are different metrics. 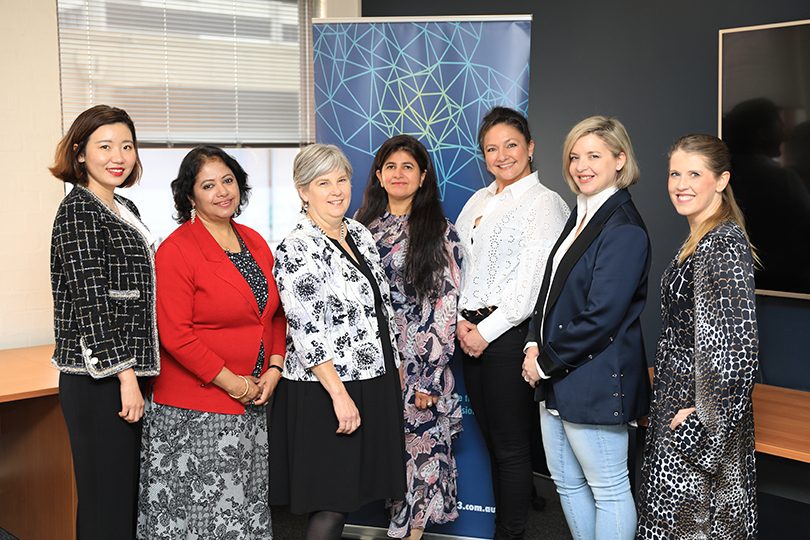 “Innovation is also another big category for us, recognising people who have had new and creative business ideas.”

Maryann was once a CWB awards winner herself and the value of the awards system is endorsed by 2019 Canberra Business Woman of the Year Christine Marr, who says one of the best things to come out of the win was being approached by other women for mentorship.

CWB would also like more women to join its network and enjoy the support and opportunities offered throughout the year.

Although 2020 has been quiet, Maryann says members benefit from developing business skills and networks in an environment tailored to the needs of women, with the direct effect of creating the confidence needed to establish and grow successful businesses.

The award nominations close on 2 October and finalists will be announced on 16 October.

Canberra Women in Business is hopeful it will be able to hold its gala dinner at the National Arboretum on 5 November. However, if COVID-19 restrictions prevent it, there’ll be an online presentation for the winners.

“We’d love to give people a bit of a party to celebrate their work,” says Maryann.

You can find out more about entering the 2020 Canberra Women in Business awards here.

Aaron Perryman - 5 hours ago
Dont worry you won’t be able to hear the planes over the whinging. View
Kylie Prescott - 7 hours ago
The whole of Sydney is under Sydney’s flight path. Comparing Canberra to Sydney is a beat up. The new high school will be r... View
jwinston - 8 hours ago
Plenty of $1M plus houses in Jerra. Flight path doesn’t seem to affect the price of housing out there…... View
News 105

Katherine Boland - 6 hours ago
What an amazing building. Why can't it be saved and rnovated? View
Courtney Kenny - 8 hours ago
That's so heartbreaking 😪 View
Greg Myat - 8 hours ago
Emma Myatt I would love to. View
Public Sector 13

Mark Johanson - 7 hours ago
WOW, home affairs obviously have a lot on their plate! Talk about the big issues! View
Julie Maynard - 7 hours ago
Why? Too sexy? Can’t the old white men control themselves? From what happens in Parliament, I think I’ve just answered my... View
Marea Stefek - 8 hours ago
Laura Folkard Megan Aster-Stater nothing has changed 🙄... View
Community 10

Jill Slaven - 8 hours ago
Steph Jane great story Steph 😘 View
Paula Simcocks - 8 hours ago
In reviewing my own family history in 1850s - there was more religious tolerance than later on. In Angaston, SA all of the co... View
Mark Elvins - 11 hours ago
Interesting about being buried together. My great grandparents are buried together in the middle of the Binda cemetery becaus... View
Opinion 7

Brianna - 10 hours ago
Oh so true. The selfish actions of a few are greatly impacting the many. I am compromised, my husband is under going chemo. T... View
HiddenDragon - 11 hours ago
The re-purposing of the "we're all in this together" slogan for this pandemic is a perfect illustration of the saying that "i... View
Bernard Miller - 14 hours ago
At last a report that is well thought out, balanced and logical. It was a very pleasant read for a change, such a difference... View
Community 10

HiddenDragon - 11 hours ago
In the afterglow of the Sydney Games, Roy and HG had an amusing conversation about future host "city" candidates, including Q... View
Capital Retro - 15 hours ago
The ACT hasn't even got enough money to pay all the facilitation payments involved. View
Sport 19

Peter John McBride - 12 hours ago
I can remember doing a sports award night with Phil Lynch. With me at 5' 3", standing next to Phil it was quite the sight. View
Breaking 14

sneddo - 14 hours ago
I am appalled by the possibility of several hundred possibly infectious pollies & offsiders coming to the ACT for next week's... View
show more show less
*Results are based on activity within last 7 days

@The_RiotACT @The_RiotACT
Selected works from some of the ACT's youngest talented artists are now on display. Catch Step into the Limelight at the M16 Artspace until 8 August https://t.co/jX32ulAAlz (8 hours ago)