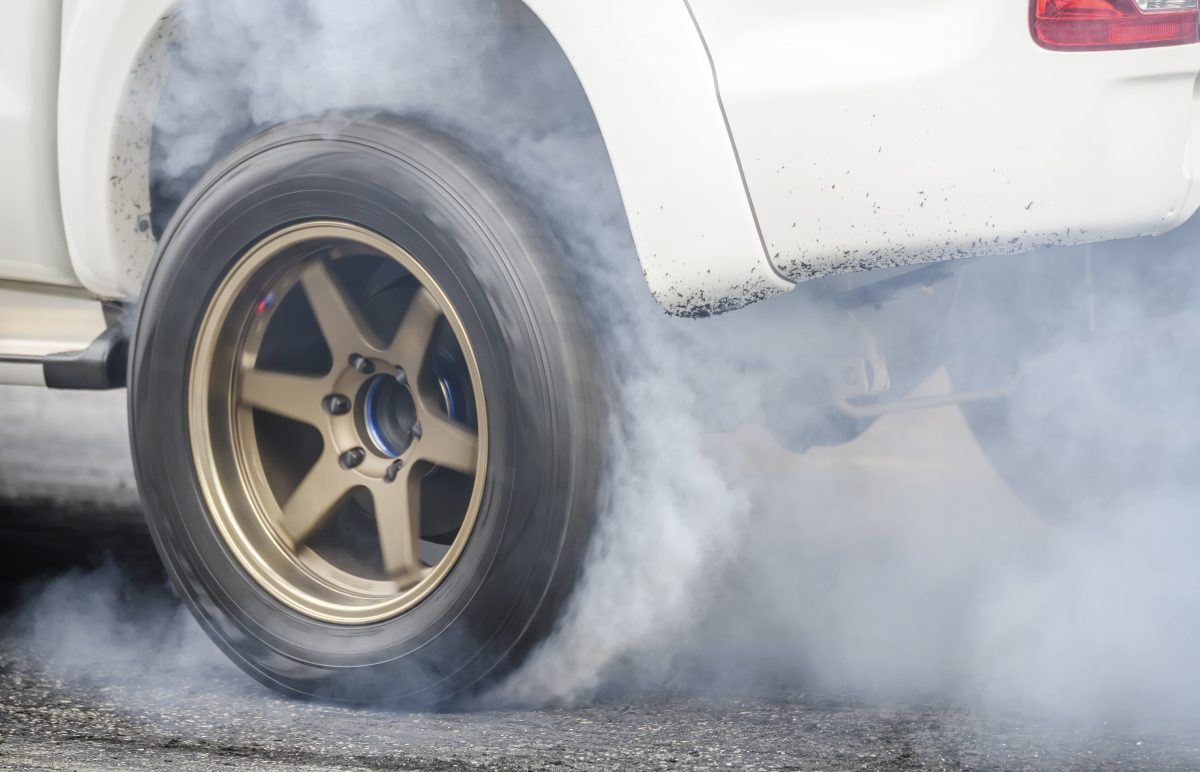 Crushing vehicles used by hoons or in crimes is one new police power being considered under a planned review into road penalties.

The ACT Government has begun its examination of the road penalties framework, a commitment under the ACT Road Safety Action Plan 2020-2023.

Transport and City Services Minister Chris Steel said it would ensure current legislated penalties were in proportion with the road safety risks associated with “a range of criminal behaviour” on Canberra’s roads.

“The review will consider the whole hierarchy of offences that apply under the Road Transport legislation, whether the penalties are appropriate and proportionate or if we should provide a broader range of penalties,” he said.

“The penalties that will be considered include driver licence suspensions and disqualifications, court fines, imprisonment, infringement notice penalties, and seizure and impounding of vehicles.”

Penalties and charges for dangerous driving would particularly be examined in the broad review of road offences. These include racing and speeding, furious, reckless or dangerous driving, menacing driving offences and culpable driving under the Crimes Act.

Minister Steel said the review would specifically consider the current aggravated driving penalties (which already included driving at a speed of more than 30 per cent of the posted speed limit) and if higher penalties should apply for more excessive speeds.

“The review will also specifically look at the laws on the seizure, impounding and forfeiture of vehicles and whether the ACT’s current penalties should be extended or include new powers for certain driving offences as a deterrent to dangerous driving, including crushing or selling a vehicle used in the commission of a crime,” he said.

Other jurisdictions already have such laws, including Victoria and Queensland.

Victoria introduced anti-hoon laws in 2006 which gave police the power to impound, immobilise or permanently confiscate vehicles driven by people “in a dangerous manner”.

A person found guilty of three hoon-related offences in three years would permanently forfeit their vehicle to police, who could then sell it on or have it crushed.

The laws applied whether the driver was the owner of the vehicle or not.

“Unfortunately there are some drivers who repeatedly choose to do the wrong thing. Those choices can lead to serious injury or death, of not only themselves, but passers-by,” the spokesperson said.

“Each and every time there is a major collision in the ACT, there are victims, witnesses, responders, hospital staff, road crews and plenty more people who are affected for significant periods of time.

“While we believe strengthening criminal penalties is effective in curbing illegal behaviour, it is only one part of the puzzle.”

The spokesperson said police would also be providing an “extensive submission” to a separate committee inquiry into dangerous driving in the Territory.

Canberra police currently have the power to seize the vehicles of drivers accused of street racing, speed trials, burnouts or menacing driving for up to 90 days for a first offence.

If a driver is caught again, their vehicle can be seized and forfeited if ordered by the court.

Some time ago there was a drag way (strip) near the Canberra airport. Many young persons visited there on weekends and it was used during Summernats. A well know Canberra identity Chic Henry the founder of Summernats who sadly recently passed away was instrumental in providing a place for young person to not only display their motor vehicles but also to engage in some form of motor sport. At Chic’s memorial at EPIC hundreds of friends attended to farewell him. SA number of Canberra politicians attended including Shane Rattenberry.

Sadly a venue for young people to perform some type of motor sport is lacking. The venue neat the airport could be resurrected by Government or by private companies, perhaps from the Motor Vehicle Traders. If so it could provide a supervised venue where young enthusiasts can enter as competitors and race against the clock and enjoy their modified or standard motor vehicles. A small entrance fee, scrutineered vehicle to ensure it is safe, a helmet and fire extinguisher then ready to be competitive. If this was to be prioritised by government then perhaps much of the racing and foolishness could be limited and may in fact save lives. I have raised this with a number of friends who believe it could be the answer if implemented. I am sure a number of Canberra’s car clubs would be on board with this suggestion.

When they know their car will likely be crushed, they’ll just steal someone else’s car to get their thrills, then burn it to remove forensic evidence, so we will all pay through higher insurance premiums. At sentencing, hand them an invoice for damage they’ve caused and immobilise or lock up their vehicle till their suspension period is completed

Good point. The hoons must be crushed with their cars.

1. Sell the cars. Don’t crush them. Old Holdens/Fords are worth good money now days and the money should go back to the Territory.
2. Actually commit to diversity. If rainbow people can have a roundabout, why cant hoons have a facility to safely do burnouts, drag racing etc.

In reply to 2. Hooning, burnouts and drag racing are behaviours that people choose to participate in. Definitely a total different world to being subject to hates crimes and discrimination and beatings due to who they are. It’s not about diversity, but I think that is a point lost on you.

Who is going to pay for the facility, it’s upkeep, insurance and security?

There’s Wakefield and Pheasant Wood raceways that are a few hours away, I don’t think they are open at 11pm on a Saturday night though. I don’t think anywhere is, so having a track would not stop the behaviour.

There would be new concerns, I can’t go there, I need to spend too much making the marshalling, I can’t afford entry, there are too many rules…

There are too many excuses as to why this behaviour will be on going.

The roundabout is about supporting minorities who struggle with cultural issues, discrimination about who they are and recognising how hard life can be for them. Not about people who voluntarily conduct in hoon behaviour.

Who will pay for the facility, it’s insurance, upkeep and marshaling?

The excuses of these people will be there even though the facility is there, I can’t afford entry costs, my car doesn’t meet the safety specs, it’s too far from my house… etc.

A dragstrip or raceway should be for “supporting minorities who struggle with cultural issues, discrimination about who they are and recognising how hard life can be for them.”
Describes them quite accurately I would think.

Maybe we should bring this to the attention of Barr. Maybe he’ll help this minority group as he has with others.

But they undertake their activities by choice. The major difference.