Careful, it's a trap! Clay target shooting is very addictive 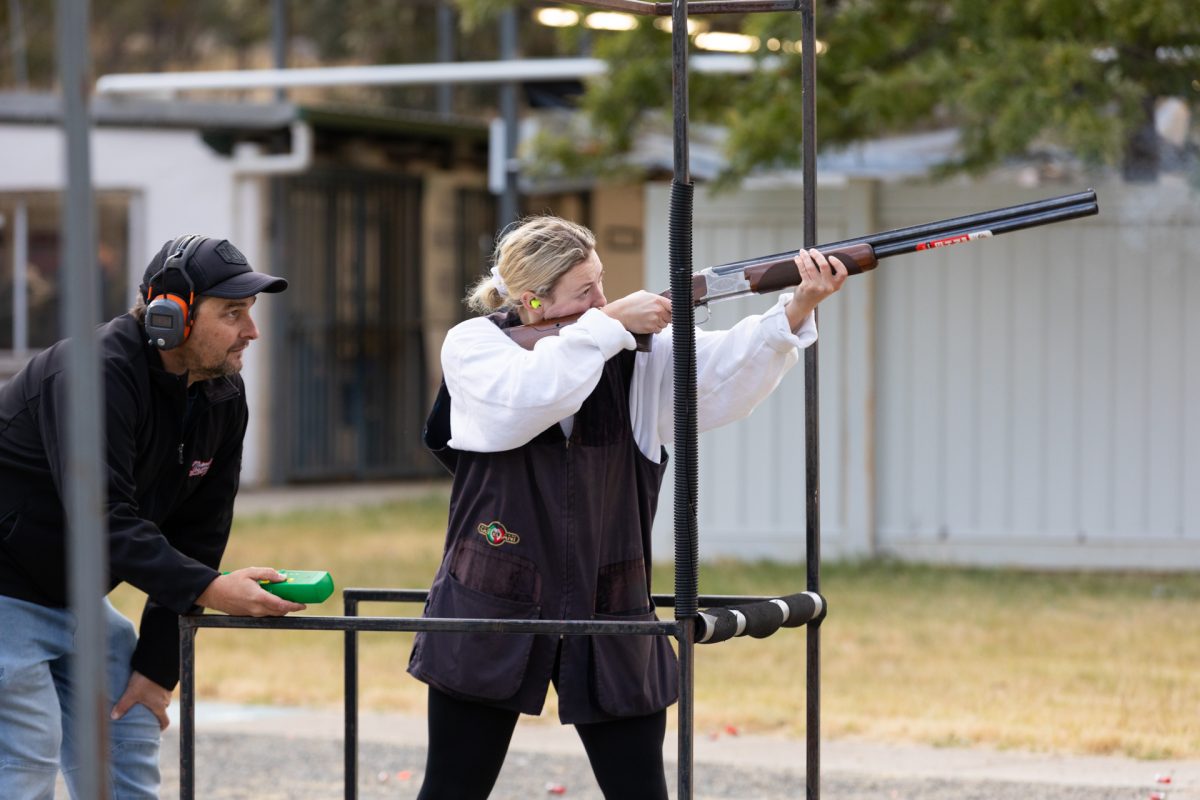 When we here at Region heard that clay target trap shooting was fast becoming one of Canberra’s more popular individual sports, we had to see what all the talk was about.

The Majura Park Gun Club has about 300 members who enjoy various disciplines of clay shooting. Some concentrate on one discipline, while others mix it up.

But what is most intriguing is the growing number of total beginners who turn up every Wednesday night to learn about the sport and give it a go.

Some keep returning just for the beginners’ sessions because they are so engaging and somewhat of a thrill.

Others get addicted and take up the sport in a serious way, travelling around the country to compete.

I know nothing about guns, but this all sounded like fun.

Our little group was there to try our hands at the trap shooting styles.

Dan Power is the club president and he’s a crack shot.

Dan recently returned from the Grand American Trap Shoot (otherwise known as the world championships), where he came fourth in a AAA Class event – that’s fourth from 2600 shooters.

I figured Dan knew a little about shooting and we were all pleased he was our host and teacher for the evening.

“The clubhouse gets pretty busy too because we’ve got a great canteen.

“Our beginners class is managed through the website majuraparkgunclub.com.au where you can book a session and then just come along.

“We run everyone through a guided system of the safe and competitive sport of clay target shooting, and people love it. Some take it up as their sport after just one session.”

That’s exactly what happened to relatively new member Phil Place when he booked a session for his son’s 18th birthday.

Asked if it was his favourite hobby, Phil laughed that it was his only hobby. 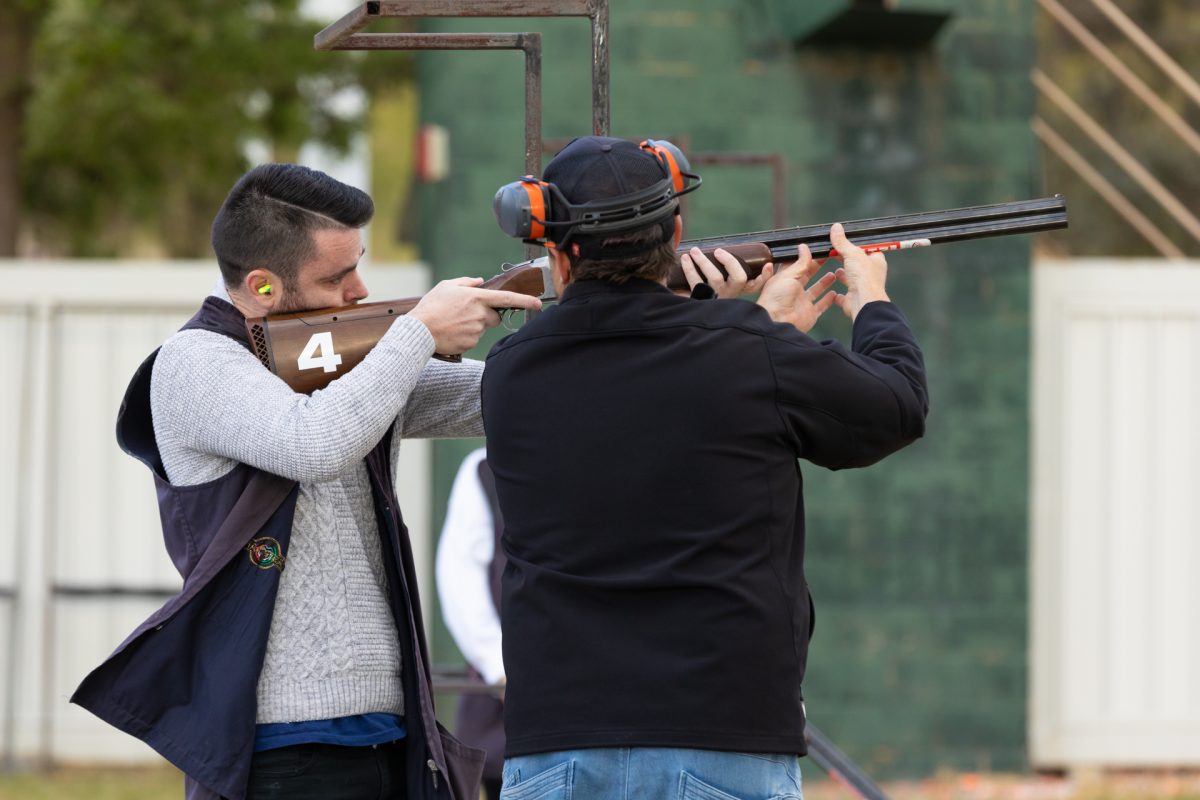 “I’ve thought about what I find so addictive about this sport and I don’t really know why, except it is a whole lot of fun,” he says.

“And you get to meet interesting people. It’s the friendships you make and I like travelling around the country on the weekends because I go to most of the comps in New South Wales.

“I have my own gear, but you can come out to the beginners’ night endlessly, and it only costs $50 each time, and we supply the ammunition, gun and instructions.

“For some people, that’s all they ever do and they have a great time returning to these beginner sessions.

“For others, like me, they take the next step and get a licence and buy a gun.”

Back to club president Dan, he says a big appeal of the sport is that it’s “purely an individual sport. You participate only against yourself, trying to better your own scores”.

That might be the case, but we were there as a group and I wanted to beat everyone else’s score.

We were instructed in how to handle the shotgun. Safety is paramount. The club has very strict rules and protocols around handling the weapon.

The safety rules are so good and so well enforced that you feel nothing but safe the whole time.

We’re then shown how to load the ammunition and discharge the cartridge after firing.

Then come the targets.

After seeing how the clay target, which looks like a little spaceship, comes flying towards or away from you, it’s time to (try to) shoot them.

It took most of us a few goes before we hit anything (except the one woman in our group of six, Dani, who blasted a target to smithereens on her first go!) But once we hit the target that first time, the adrenaline boost was amazing. 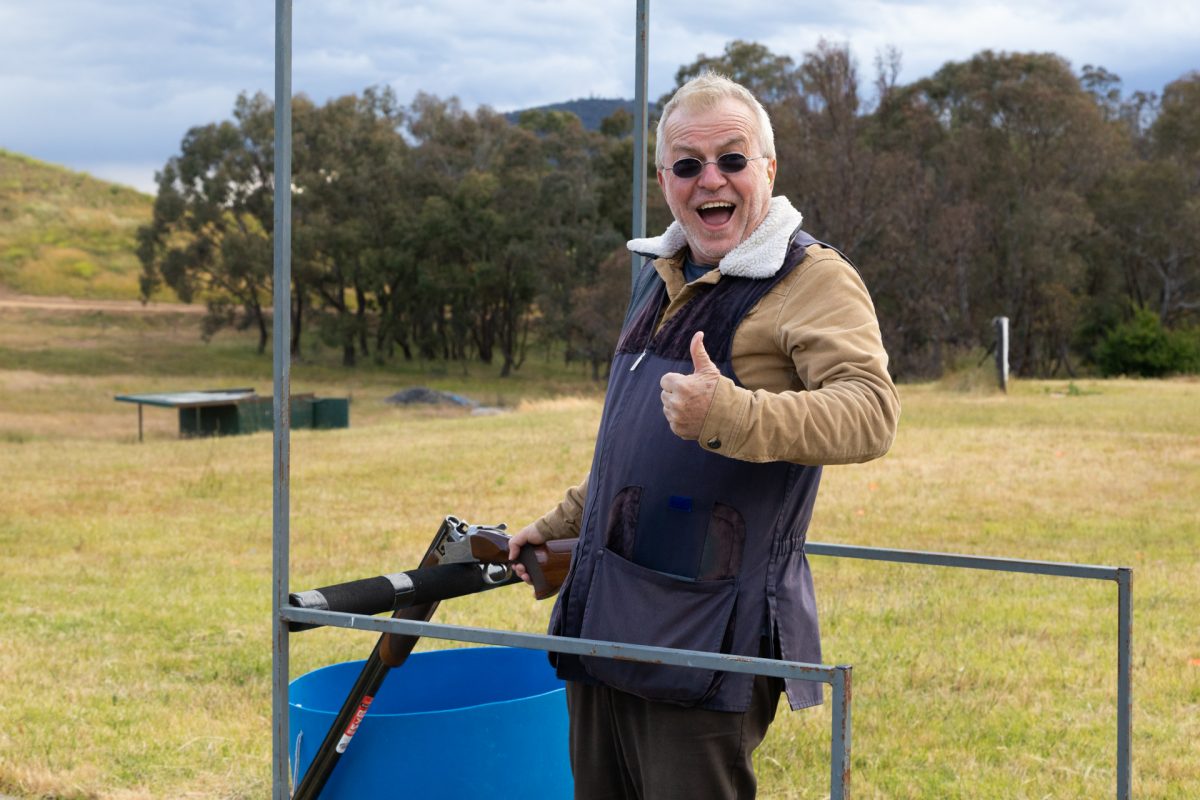 Dan then showed us various directions the target can be programmed to travel, making it even more challenging.

And then we all graduated to having both barrels loaded and either two targets in the air or trying to hit the same target twice.

It was all too much fun … and it’s definitely worth a shot.

A big thanks to Chris and the crew from The Riotact for stepping out of the mainstream comfort zone and giving our sport a fair crack!
It really is rewarding seeing new people enjoy our sport!
Regards
Dan Power
President
Majura Park Gun Club ACT

We loved it Dan!

It is really good fun