Carp Cam with an Australian first

Andy the Carp Cam enthusiast has sent in his latest efforts with what he considers to be an Australian first:

After watching another of the hexicopter vids, I figured that I may as well send the last of the carp cam videos. It’s only a few minutes and shows what blind and somewhat misguided devotion to throwing a home made underwater video camera can achieve. The fish we caught was one of the most oddly scaled mirror carp we’ve yet encountered. Normally they have some sort of symmetry with large scales. This one was hardly scaled at all and looked rather ugly. (Compared to a normal carp which wouldn’t be considered a beautiful fish to start with.) With over 300 recorded caught between myself and my regular fishing companion in the last twelve months, we’ve seen less than six mirrors, so to catch one takig the bait, in water barely knee deep and less than three metres from the bank was quite a surprise. I haven’t had any evidence yet that anyone else is doing this in Australia, so I’m calling it an Australian First. 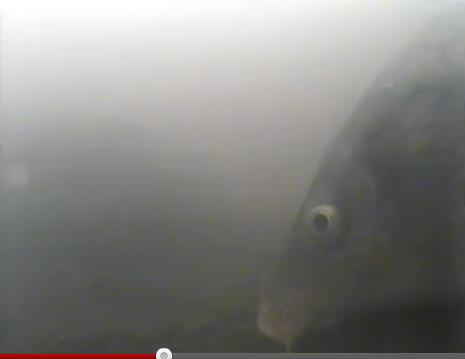 Sometimes I’ll be fishing and carp will be feeding right in by the bank. Sometimes I drop my bait in close to the sure, but I have never even had a bite up so close.

Daniel Bryan - 5 hours ago
This, Oaks, A+A, Grand Central, Ivy, and Trilogy definitely bringing more residents into the Woden valley isn't a bad thing.... View
Michael Jayfox - 6 hours ago
Mat Barber please explain how you think that new parking ramps will stop it from being an eyesore View
Tristan Wellens - 7 hours ago
Will only rent for about $500 a week per smaller unit 👌🏻 View
Food & Wine 4

Josh van Limbeek - 9 hours ago
What a great article! My Mum is a Red Hatter and she has so much fun too ❤❤ View
Jo Jo Joey - 10 hours ago
Barbara Bennett, I love how much enjoyment your ‘red hatters’ gives you’ 🎈💜❤️💜 View
Property 27

Elroy Jones - 9 hours ago
Peter Bee there are a lot of places it could go. Majura the most recent I’ve heard. View
Christopher Cuba Rabanal - 10 hours ago
Better lighting around the carpark View
Andy Sell - 10 hours ago
2 words mate, lite rail View
News 17

Mookie Moo - 10 hours ago
Assuming this means 80% by Oct within the adult population only? Because roughly 20% of the population would still be kids, w... View
Community 35

Theresa Rowan - 12 hours ago
Margaret Smith was in my class at St Clare's a gentle soul RIP. View
show more show less
*Results are based on activity within last 7 days

@The_RiotACT @The_RiotACT
Michelle Heyman's stunning return to football began with a simple question on Instagram: “Hands up if I should make a comeback to the W-League?" https://t.co/UNn8rDWuj3 (9 hours ago)

@The_RiotACT @The_RiotACT
The 2021 Australian of the Year is Grace Tame. Grace is an outspoken advocate for survivors of sexual assault, particularly those abused in institutional settings https://t.co/Q6nMb1PGRL (9 hours ago)

@The_RiotACT @The_RiotACT
Times have been ruff, so @QTCanberra has rolled out the pet-friendly red carpet & opened its doors to allow furry best friends in their luxury hotel rooms https://t.co/V89hSF18w9 (10 hours ago)