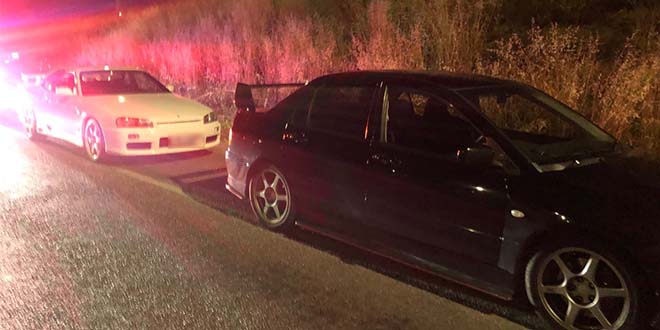 Two cars were seized by police over the weekend for street racing. Photo: ACT Policing.

At about 12:05 am on Sunday (22 November), police observed a black Mitsubishi Evolution and a white Nissan Skyline travelling side-by-side at excessive speed southbound on Canberra Avenue.

Police estimate the vehicles were travelling at approximately 140 km/h in the 80 km/h zone.

The vehicles were subsequently stopped by police on Hindmarsh Drive, Symondson and seized.

Investigations into the incident remain ongoing.

Police again had a visible presence on Canberra’s roads across the weekend for National Road Safety Week.

Preliminary figures from the weekend show police detected 92 speeding drivers, as well as seven driving unregistered, three driving uninsured, two for disobeying a stop sign, one for not displaying P plates, and one for driving while using a mobile phone.

“While seven positive readings from close to seven hundred tests may sound like a low number, it’s still seven too many,” Detective acting Inspector Naspe said.

“One of these drivers returned a blood alcohol reading of .114. To be out on public roads driving in such a state is not only irresponsible, but also reprehensibly dangerous.

“While National Road Safety Week has ended, the message remains every day and police are focused on keeping our roads safe for all road users.

“I would also encourage the public to ask themselves ‘Who are you rushing to meet?’, and to work with police to help keep our roads safe by being responsible road users.” 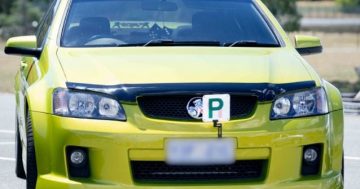 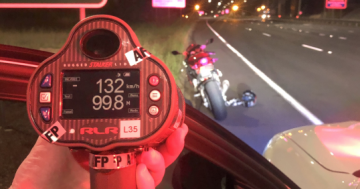