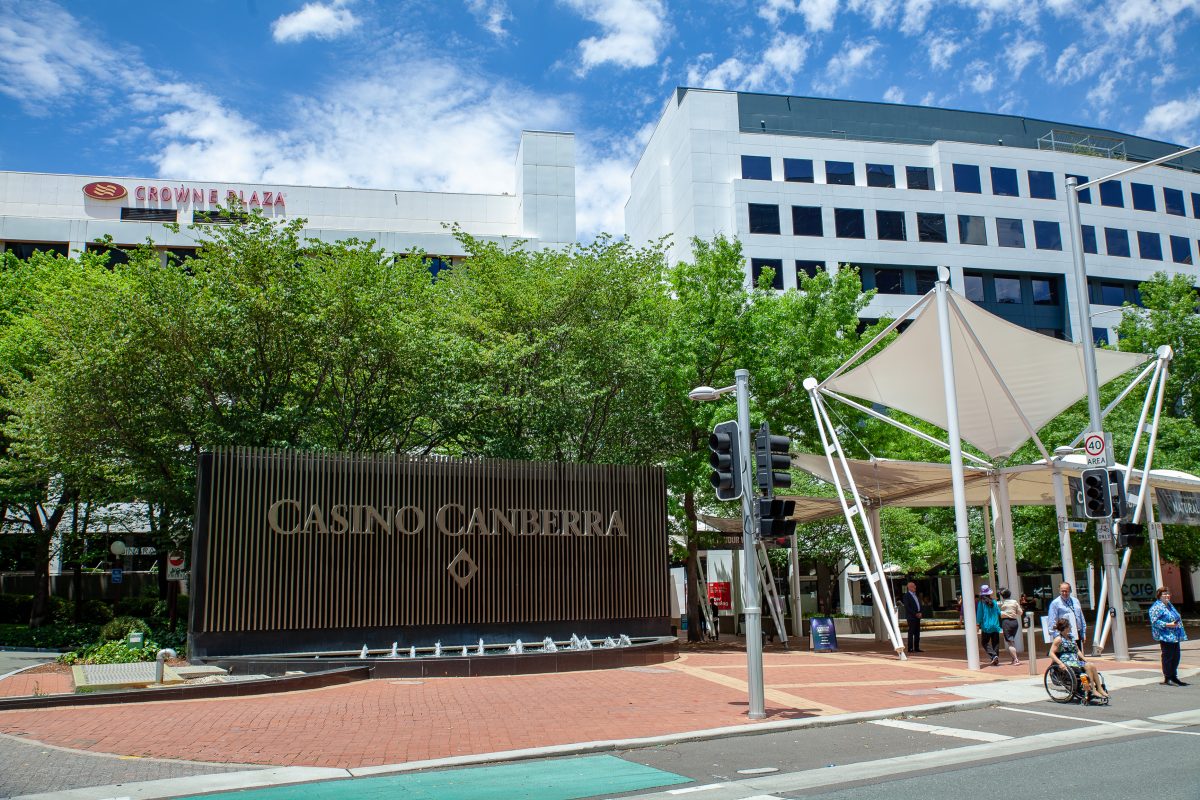 Casino Canberra: the price has been bid up $10 million. Photo: Region.

The bidding war for Casino Canberra has seen the purchase price jump to $63 million, $10 million more than the original offer after a third contender came on the scene.

Only a week ago, casino owners Aquis Entertainment said it had accepted a revised $58 million offer from Capital Leisure & Entertainment Pty Ltd, which is owned by the Oscars Group.

But it has now clinched the $63 million deal with hotel group Iris CC Holdings Pty Ltd on the same terms as the previous agreement. A $1 million break fee will be paid to Oscars.

In its statement to the Australian Stock Exchange, Aquis said the sale to Iris was conditional on Aquis shareholder approval and ACT casino and liquor licensing regulatory approvals.

Aquis has also agreed to pay Iris a break fee of $1 million in the event that it accepts a better offer.

It said Iris had confirmed the deal would not mean any loss of jobs at Casino Canberra and employees would be unaffected.

CEO of Aquis and Casino Canberra Allison Gallaugher said the deal represented a considerable value uplift to the company and its shareholders and recognised the continued strong operating performance and potential of the business.

“I am very excited to work with Iris on the continual improvement of our business,” she said.

Iris sole director Sam Arnaout said: “We are excited about the opportunity to acquire Casino Canberra and look forward to working collaboratively with the Aquis team in the future.”

The shareholder meeting to approve the deal is expected to be held in August.

Oscars originally offered $52 million in May but the entry of a mystery bidder prompted the company to raise its offer to $58 million.

READ ALSO First Looks: Deakin & Me is all about good vibes, great food and community

Aquis, which bought Casino Canberra in 2014, had tried and failed to get the venue’s ambitious $330 million redevelopment off the ground.

That redevelopment would have added luxury hotels, shopping, bars, cafes and a convention centre to the precinct.

Negotiations between the casino and the government had broken down in 2018 over conditions imposed on the project, particularly regarding the number of poker machines the casino would be allowed to operate.

A prior attempt by Aquis to sell the casino fell through in early 2020 as the buyer – Blue Whale Entertainment – had been unable to satisfy the government’s regulatory processes.