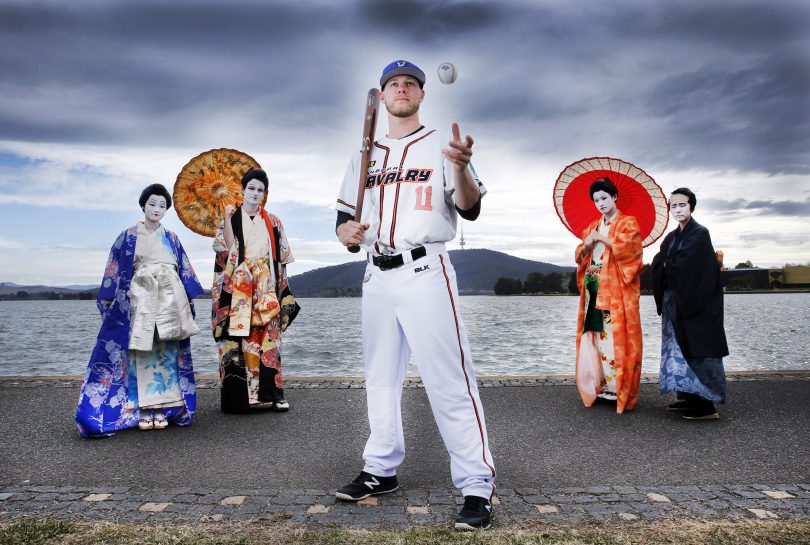 Cavs fans, prepare for the new-look Canberra Cavalry! Canberra’s team is set to have a Japanese twist this season.

The partnership with the Baystars – owned by Japanese software company DeNA, which sells one of the most popular cellphone platforms in Japan – will provide the Cavalry with on and off-field personnel, with imported players and front office staff joining the Cavalry stables in Narrabundah in the coming seasons.

It will also provide overseas playing opportunities for Cavalry players and commercial opportunities through the live streaming of games.

The RiotACT was LIVE from Regatta Point for the announcement of a huge coup for Canberra and Australian baseball – a partnership between Canberra Cavalry and Japanese baseball powerhouse Yokohama DeNa Baystars which will have multi-dimensional benefits. ACT Chief Minister Andrew Barr and the Ambassador of Japan His Excellency Mr Sumio Kusaka were joined by Canberra Cavalry players and executives for the historic announcement. http://ow.ly/C6rx30l19SO

Throughout the later months of 2017, DeNA Baystars representatives visited clubs across the country and attended several ABL games, with the Cavalry hosting their potential partners in December.

Canberra Cavalry Director of Business Operations Dan Amodio said the Japanese club was impressed with the Canberra game-day experience and how the fans, players and staff were treated in the nation’s capital, and chose to sign the historic partnership with the Cavalry. 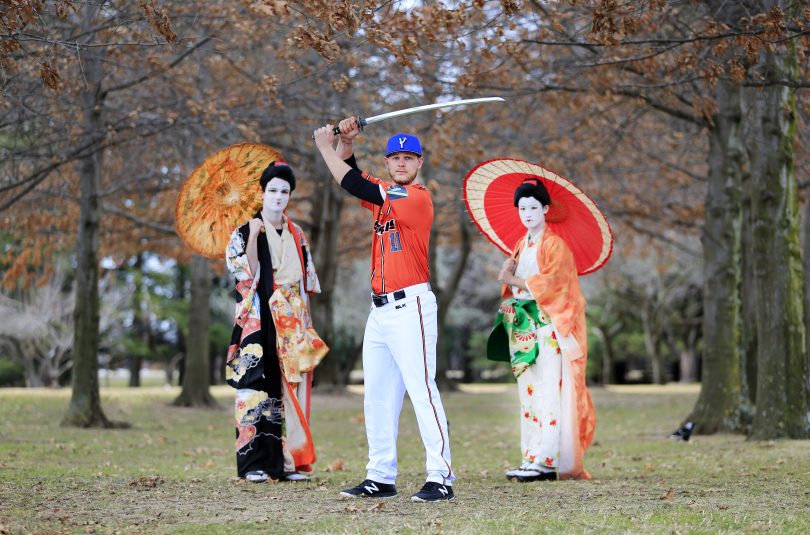 The ACT Government’s $4.5 million renovations to The Fort at MIT Ballpark also helped grab the eye of the Japanese staff, with the club now able to offer world-class facilities to its foreign partners.

DeNA Baystars sees great potential in the partnership with “ABL’s powerhouse Canberra Cavalry”, and club president Shingo Okamura believes Australia is the “optimum environment” for their player development during Japan’s off-season, which coincides with the ABL season.

“I expect our players to gain a lot of experience in Australia, which will bring new value to the DeNA Baystars,” Mr Okamura said. “We are also planning business and baseball operations personnel exchanges. Through this partnership, we will continue making efforts to become an attractive club from a business perspective.”

The partnership is a huge coup for Canberra and Australian baseball, providing enormous potential for the ABL to strengthen ties in Asia and grow the game Down Under.

Cavalry Director of Baseball Operations Donn McMichael is excited about the commercial opportunities the club will benefit from, with his side becoming the first ABL team to target Japan as an overseas market.

With over 25 million people attending NPB games last year and TV ratings in the billions, partnering with a club in Asia’s biggest sports league was too good an opportunity to pass.

“We are entering into a formal partnership, whereby the Baystars and Cavalry will be part of the same family,” Mr McMichael said. “Given the fanatical levels of interest for the game in Japan, we expect there will be massive increases in the streaming audiences.”

Australian Baseball League CEO Cam Vale said he was equally excited about the role this partnership will play in the sport’s national strategy.

“It’s a great credit to the management and leadership of Yokohama and Canberra to create this exciting partnership, which fits perfectly into the direction of the ABL and our announcements that have been occurring over the last few months,” he said.

“The Canberra Cavalry has been an outstanding contributor to the ABL over the last eight years and it is this type of partnership with a powerhouse out of Japan such as Yokohama DeNA Baystars that show the enormous potential of Australian Baseball to connect into Asia and grow the game here in Australia.” 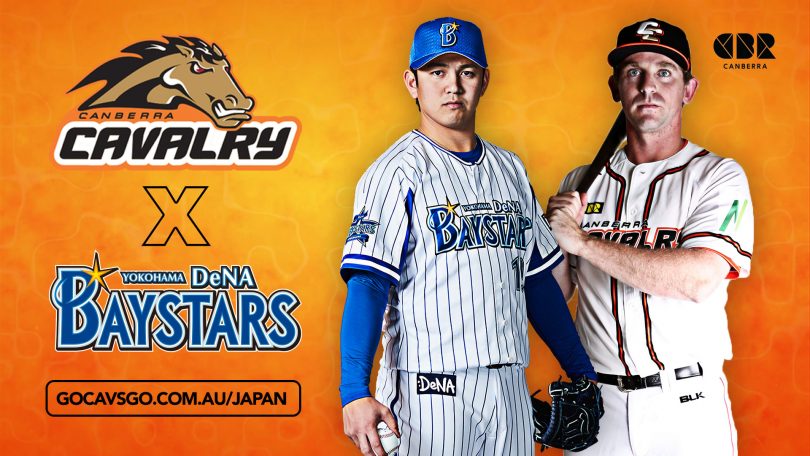 The benefits of the partnership are as follows:

For more information and content about the partnership or to buy a Special Edition Japanese-Themed Supporter Pack, click here.

bj_ACT - 16 hours ago
It was always a bit funny when Turner residents were complaining about extra buses when whole swathes of suburbs lost their b... View
chewy14 - 17 hours ago
Honestly, is there anything more NIMBY than worrying about the "city coming for their neighbourhood" in an area less than 1km... View
HSewell - 18 hours ago
Good result View
News 18