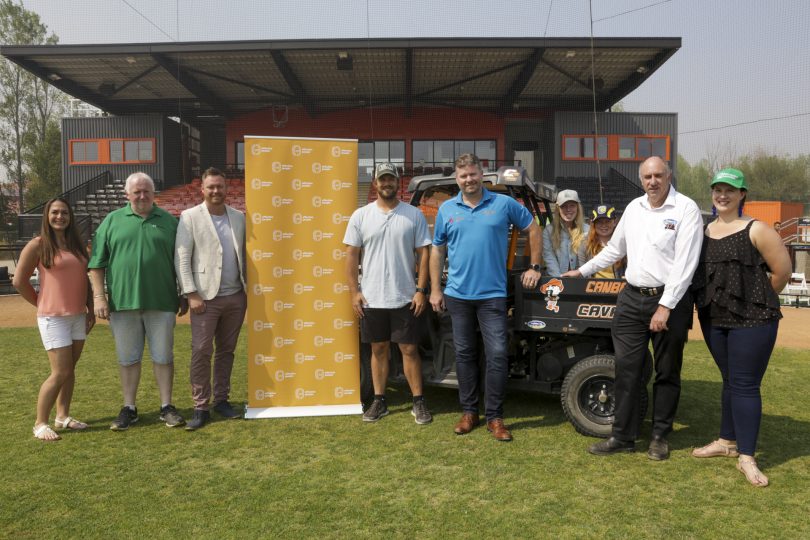 Canberra Cavalry pitcher JJ Hoover has given back to his newfound community by helping to raise money for disadvantaged children and young people in the capital. His endeavour has been strongly backed by local businesses including Effective People and Bayldon Ag from Queanbeyan.

Before Christmas, Hoover teamed up Canberra organisations to raise some funds for Barnardos before Christmas by donating money for each ball hit off a Hoover pitch.

Recruitment agency Effective People committed to donate $100 for every ball hit. They ended up donating $2000, while Baylon Ag donated $1000. Hoover and his wife Megan-Kate even put in $1000 of their own money to help the organisation.

Hoover says it is a cause that has always been close to his heart.

“I had a great childhood growing up, but I feel that if we can support and help the kids along, whether that is placing them into foster homes or find the right counselling that they might need, you give them a chance to have a chance at a high-quality life,” he says.

“My wife and I have done work with at-risk youth or foster programs that we have always been kind of led to, whether that is through God or our own dimensions.

“I just think that we can have an impact on future generations if we help the youth of today and the kids that are in those programs and situations need all the help they can get.”

Kris Milne from Effective People said that it was a great opportunity to be able to give back to the community at what can be such a difficult time for those suffering disadvantage.

“We all understand that this time of the year is really hard on people. Some are less fortunate than others, so any chance to be able to impact someone’s life and make it a little easier is a no brainer,” Mr Milne said.

“Canberra business has always been amazing at giving back, that will never change, but for world-class athletes such as JJ to give up their time is truly amazing and shows they are not only athletes but top-class human beings.”

“We’re motivated to help because that’s what communities do for each other,” he said. “Giving kids a chance at the start of their lives and helping them to feel included and cared for at a time of year that can be tough is an investment in the future for us all.” 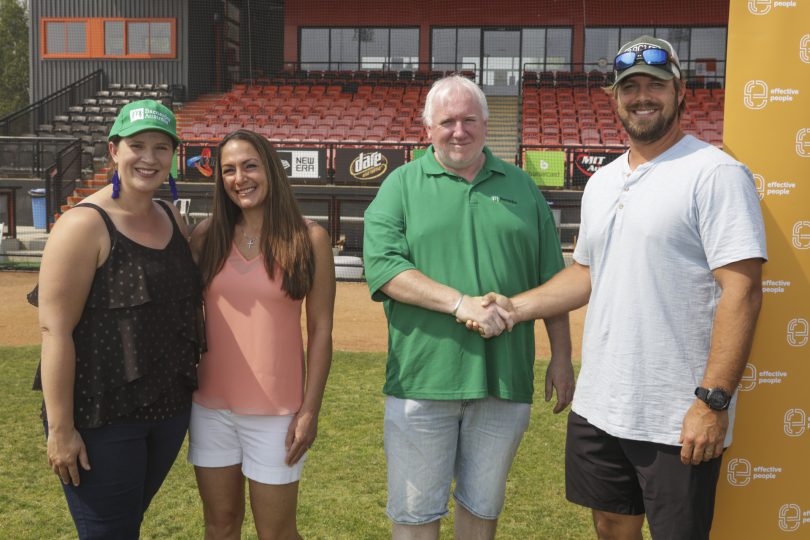 Hoover is also more than happy to give back to a community that’s welcomed him warmly. “The whole experience in Australia has been awesome, people have been so welcoming and we have made a lot of lifelong friends, and family even,” he said.

However, for the next four days, the pitcher’s focus will be on the second last series of the regular season against the Auckland Tuatara.

“They have been playing really well and it will be good to play them here at home, and if we can take the series here and get our steamrolling for the playoffs,” he said.

“I just want to come out and set the tone, hopefully go six or seven innings and give the team a chance to win. It’s all you want to do as a starting pitcher.

“I think we are in with a good chance. I like where the team is at right now, it has been a good team all year.”

Your Cavs take on Auckland Tuatara 16 to 19 January at MIT Ballpark from 7:00 pm.

To learn more about Barnardos and their work with children, young people and families, and find out how you can help their community services, visit Barnados.