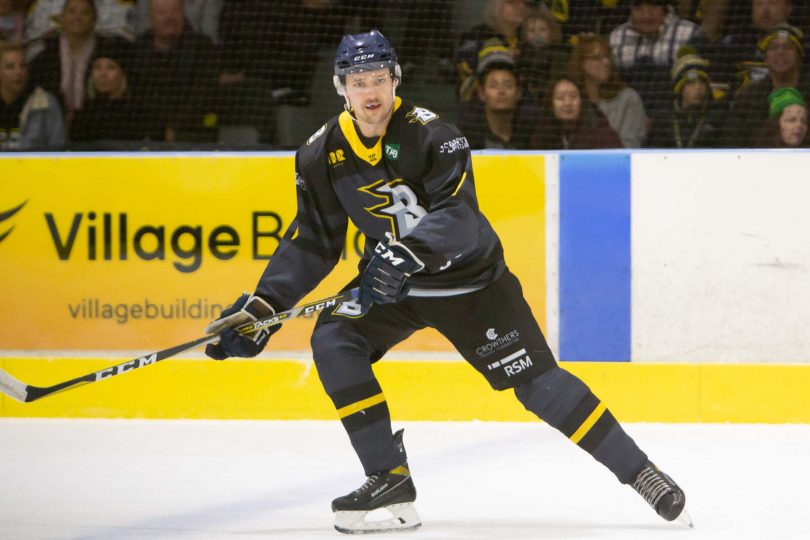 After a COVID-affected winter ice hockey season with CBR Brave, Bayley Kubara will make the journey to Europe for the northern hemisphere winter to play for Cracovia Kraków in Poland.

It will be Bayley’s first time competing in Europe, having previously played in four different US states and Canada. The 23-year-old will be starting his European ice hockey career in Poland’s second division league.

He hopes with a bit of luck he might be able to reach the top division by season’s end.

“My grandad is Polish so I’ve applied to get my Polish passport,” says Bayley. “If I get that, I can hopefully crack a spot in the top league in Poland because I won’t be an import and they have limited import spots.”

While he’s leaving for Europe’s winter, Bayley hopes to return by the time CBR Brave’s season starts up again in the Australian Ice Hockey League (AIHL) in April 2022.

READ ALSO A new beginning for the CBR Brave

“The season works out pretty well,” he says. “You can play all year round and I love coming back to Canberra. Every year when I’ve been over in the States, I’ve come back to Canberra for the Australian winter season and I’m hoping to do that next year, COVID-19 pending.

“Hopefully when the start of the season comes around, I can get back home and get back into it with the Canberra guys.”

Getting another winter into one of their young stars will only add to the positives for CBR Brave as preparations begin for the 2022 season. The AIHL side won eight of nine games this season, and even the team’s one loss, according to Bayley, came with nearly half the first-picked team absent.

Despite the appeal of playing in Europe and North America, Bayley says he’ll continue coming back for the Canberra winter. He says it’s the people within the CBR Brave organisation – from top to bottom – which makes it a club he loves to play for.

“COVID-19 has taken a big toll on everything with the organisation of the team,” he says. “But my love for Canberra really starts at the top and trickles all the way down.

“We have great owners, great leaders on the team and in management positions who do a really good job of organising everything. We have great volunteers and then the boys [in the team] as well. All the guys have become really close and we have awesome leaders on and off the ice.

“Plus the fans – there’s no place in Australia like playing in the ‘Brave Cave’.”

Perhaps some of those Brave fans will jump on the Cracovia Kraków bandwagon to get their ice hockey fix this summer.

Great to have Bayley as part of our team here in CBR and representing us in Poland!